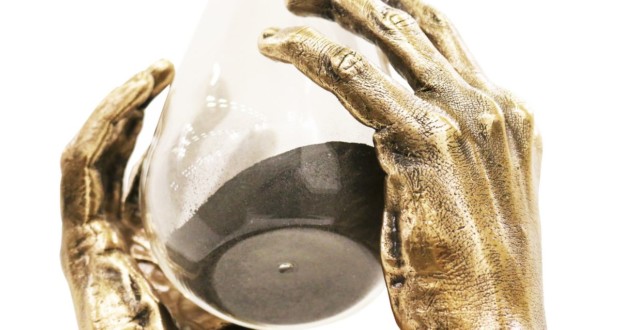 Luca Benites is the youngest artist to exhibit at DAN Galeria

After the “Fogo” project that gained international repercussions, Luca gets ready for new projects.

Luca Benites, currently living in Barcelona Spain, is one of the most promising names in contemporary art today. The Brazilian, who has already exhibited his works in important museums and galleries around the world, gained even more prominence in 2017 by burning his entire collection produced over 18 years work. An artistic performance that divides opinions, but it worked as a kind of reflection for your next steps and fit perfectly well in a pandemic scenario like the one we are experiencing, where the conception of time worldwide has changed.

His contact with the world of the arts had been going on since 1998 when he started to paint. Graduated in architecture in Uruguay, country where you lived for 15 years. In 2010 moved to Barcelona to pursue an artist career. Has more than 70 international exhibitions in cities around the world. His work is part of collections such as MAC - Niterói, ALMA Sculpture Park (Quinta Pedras de Rio) in Portugal, Sculpture Park of the Pablo Atchugarry Foundation in Punta del Este, Contemporary Art Museum of Sorocaba, KAVLIN Cultural Center of Punta del Este,Center for Contemporary Art Piramidón in Barcelona, among others.

So that now, one of the most important achievements of the artist's career has now arrived. Luca Benites is the youngest exhibitor at the renowned Dan Galeria (São Paulo, London and Portugal), gallery with almost 60 years of history and with enormous trajectory within the world art market.

“It is a unique opportunity to be with names like Tony Cragg, Anish Kapoor, Young Oh, Denise Milan and several artists that are part of my references. No doubt for me it's almost a dream, something that I expected someday to arrive, just didn't think it would be so soon. I'm super grateful for everything. Entering Dan is a fundamental point for my consolidation both in Brazil and around the world ”, comments. 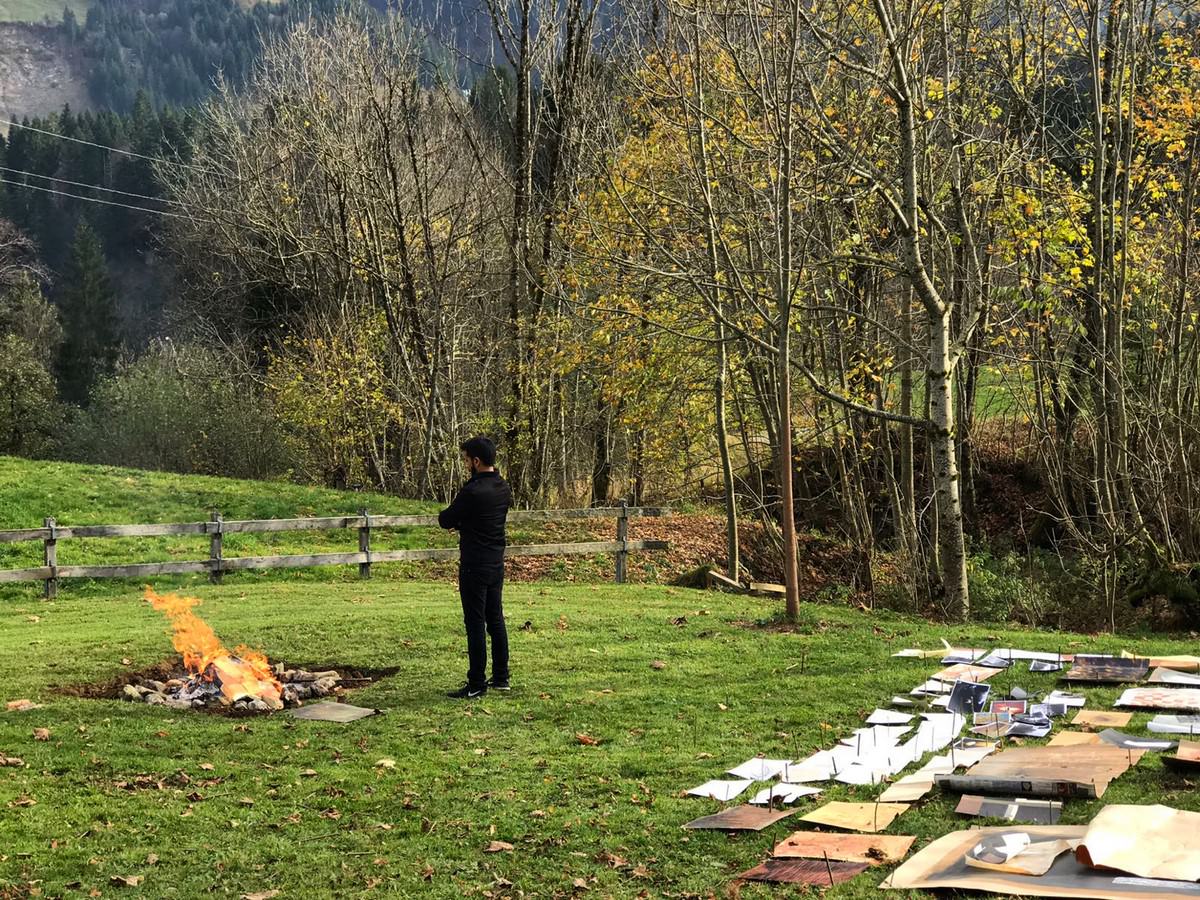 In 2017, Luca performed an artistic performance as a reflection on the value of time and the impermanence of things. In the project entitled “Fogo”, burned his entire collection of 18 year career. All your work 1998 to 2016 was burnt, one by one, high on a mountain in Austria. Among the works were paintings, photographs, mockups, drawings and some small sculptures, totaling 298 parts.

The Fogo project was a personal concern, Luca as a person, a need for change. After resolving all pending issues for the burning to occur, Logistics issues led him to carry out the project on the property of a friend in the village of Ebnit, in Austria.

The “Fogo” project, sought to propose a reflection on the ephemeral passage of time, how humanity uses it on a daily basis and the importance devoted to routine. The ashes that resulted from the burned works, were used by the artist in different formats, one of them as sand hourglass but with ashes. The project was extended to a documentary that will be released soon, recording all the action and in a book with all the works burned and those created with ashes.

To Luca, the burning represented a debugging in his professional life, that was taken personally. Your inspirations, previously linked more to the architecture and configuration of cities, gave space for a broader and much freer understanding in their creations, their inspirations and the use of materials. Even being carried out in 2017, the message proposed by Luca with this project, still very current. In this moment of great uncertainty on so many subjects, the phrase used by the artist repeatedly during the realization of the project, fits perfectly into this new scenario: “Are we really living or surviving?”

“After burning all my years of work, I started to question how my time was spent. I have had this concern for a long time. It is unfortunate that a global pandemic has occurred so that people can see it ”, comments the artist when asked about the relationship of this work and the current moment in the world.

"Documentary, accumulate, burn, destroy and rearrange. Situations that lead us to new considerations and bring us closer to our only certainty. This certainty that one day the same path will mark an end to this journey of living. ” Fragment of the text written by the artist during the “Fogo” Project.

In 2020, on a trip to the Atacama Desert, the artist finished this project when he met the physical and real void, and finish this personal stage that lasted almost 4 years. Nowadays, their designs work differently. “My creative process has been slower than before, but more accurate. I still have several projects. My conception of time is different from normal time, chronological time. The content of the work has to be as important or more important than the piece itself, both complement each other, today I understand that. My work will reflect my present moment, always. The fire project freed me from these currents, now I feel more empowered and free to question other things and follow this eternal process of self-knowledge expressed through art. I feel like I have full control of my time and that’s what everyone should have. This project came to enlighten me and enlighten other people ”, ends. 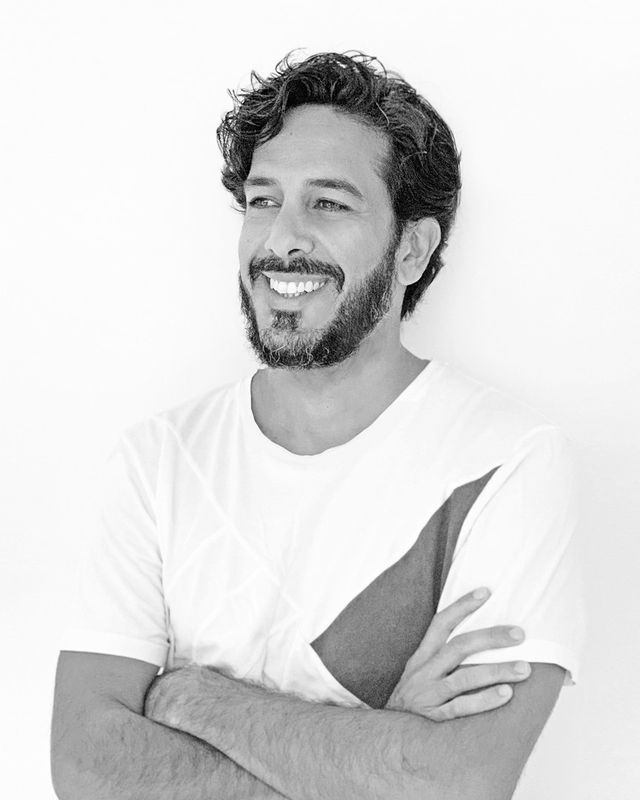 Currently, Luca Benites has some work in progress. Among them are the design of a large installation that has 99 sculptures called NEXUS and which will be inaugurated in the new exhibition space of DAN Galeria in São Paulo, a film about its trajectory scheduled to be finished at the end of 2022, a book about emptiness, the development of the “Vento” project, all of this in parallel with his performance as director of an artistic and cultural enterprise in Portugal. It remains to be seen what this multifaceted artist has to offer the world.. Good news will come!

Check out more about the artist at www.lucabenites.com

Previous: Mistura Fina presents Nani Medeiros on the day 25/03
Next: Do it yourself: how to decorate your home while spending little