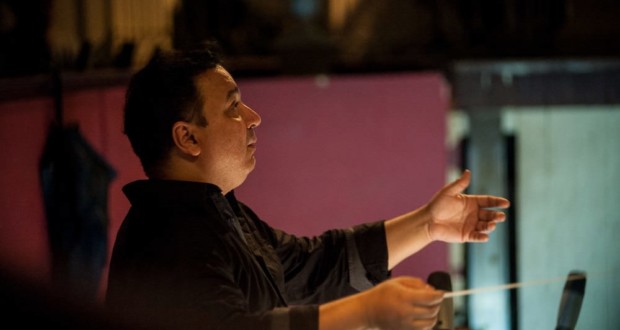 For the first time conducting the Chamber Orchestra of the city of Curitiba, the violinist, conductor and composer Arthur Barbosa presents a repertoire dedicated their compositions and influential works in their training. The concerts take place on Friday (16)at 8:00 pm and Saturday (17) às 18h30, in the Cultural Space – the chapel Santa Maria.

The Moh works (1965) are inspirations in various Latin American events, rich in diversity and with an intentional character allusive to the popular music, "just as humans are made from compositions of phases in which we live, for this concert, chose a more traditional tonal phase, phase in which Argentina was leaving after five years in the country, having strong inspiration in Piazolla ", explains the Maestro.

The program starts with musicians who influence Arthur, ' Batuque ' by Alberto Nepomuceno (1864-1920), that stands out for being one of the first nationalist works written by Brazilian composer, and follow with ' Melancholy Buenos Aires ' by Astor Piazzolla (1921-1992) and ' folk dance ' of Béla Bartok (1881-1945).

Among his own compositions of Maestro, will be presented the works ' Recuerdos n° 1 and n° 3 ', composed between 1999 and 2004, It is a collection of pieces inspired by Argentine tango; ' Pumps ' Suite, which was ordered to be used as soundtrack of the theatrical performances-On the heels of Pumps; and finally ' Tune and challenge '.

Arthur Barbosa, Besides being a conductor and composer, is a violinist of the Porto Alegre Symphony Orchestra for more than 15 years. Holds the position of artistic director and principal conductor Eleazar de Carvalho Orchestra in Fortaleza and, also, acts as Regent of Ospa in Porto Alegre. In January 2015, He was appointed by the Minister of culture of Brazil as one of the representatives of national music on national cultural incentive Commission. Newly returned from the experience in New York, where he conducted an orchestra playing Brazilian works, of Nepomuceno Tom Jobim.

Previous: Philos session displays Justice with Michael Sandel and episode of the ABC television series the secrets of the Earth
Next: Carlinhos Vergueiro and Jain Bohemian pay homage to Nelson Gonçalves