Home / Art / Biggest festival of lights in Latin America, Mapping River Festival begins on Thursday, 10, with intervention in the Park of the ruins 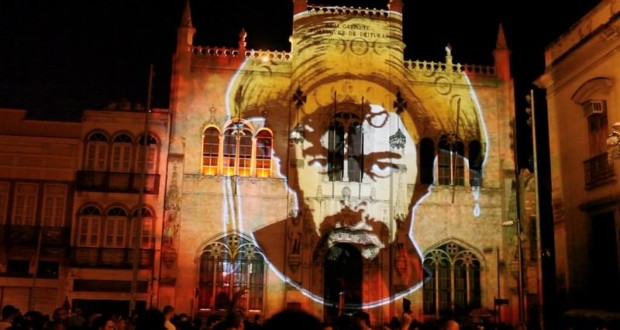 Biggest festival of lights in Latin America, Mapping River Festival begins on Thursday, 10, with intervention in the Park of the ruins

A Rio de Janeiro of 10 to 20 December the second edition of the Mapping Festival River, considered today the largest festival of lights in Latin America, and offers the public the opportunity to meet the modern and more artistic technology used in major world capitals. The new star of urban visual art is made by means of projections on buildings, buildings and other unusual surfaces throughout the city. The Festival brings theatre and music performances, In addition to workshops on art and technology in public schools, contemplating various points of the city, in partnership with the project Occupies School. All programming is free.

On 10 December at 8:00 pm, date of the official opening of the II River Mapping projections Festival will transform the imposing architecture of the Park of the ruins, in Santa Teresa. The interventions are of renowned artists of the segment, Vjs Raton (BO), Paulo China, Grassmann (SP), Chico Abreu, Mshare Collective, Jodele Larcher, Read Pantoja, DJ Saddam, Leandro VJ and Paulinho Sacramento. To the window of the integrated arts festival presents the poetic and theatrical performances of the collective black plastic and the Contemporary woman Word Company. In the exhibition gallery of the Park, the public will see the result of the work of painting with Light, by the students of education publishes network. The workshop was held on 23 November, in Bangu in collaboration with the project partner of the School Occupies City Department of Education.

Already from the day 11, the projections, Visual interventions and parties occupy the streets of Rio. In Botafogo, in the contemporary Hostel, happen video projections mapping and the dance that invites DJ Sapucaia Adel345, VJ Raton & Read Pantoja. 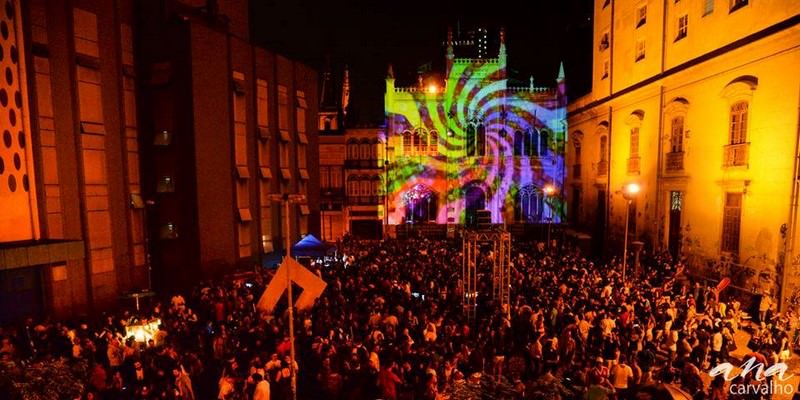 On Sunday, 13, at 3:0 pm, Big Island receives Paulinho Sacramento, VJ Leandro, VJ Raton (Bolivia) and the DJ Sapucaia. In the graphite invited to joint action with video mapping is James Rasta. The following schedule during the week at the Cine Jewel – in Jacarepaguá; Real Cabinet reading Portuguese – in Tiradentes square and Museum of Tide.

For the first time on the island of the Governor-, closing with the second edition of the festival, starting at 8:00 pm starts the projection show and lights in the Church Sagrada Familia and can be seen by most of the residents of the neighborhood. The audience present will watch the speeches of artists Marcus Vinicius and Vinícius Light, VJ EletroIman, and VJ Leandro. 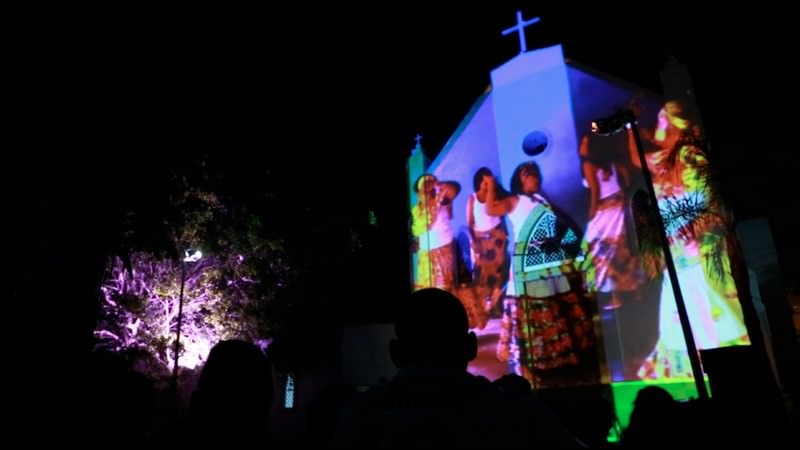 The video mapping or simply mapped projection is one of the most innovative contemporary visual techniques and still little used in Brazil. It is using a video projection as if they were paintings on unconventional surfaces, as streets, monuments and buildings, creating optical illusions lush. With the appropriate software, an image of the surface that will receive the film is captured and the work area is drawn. Everything else is eliminated, in a process similar to layers in Photoshop. Thus, the artist add layers of video the way you want. The result is amazing.

The visual artist, Director and curator of the event Paulinho Sacrament explains that the river Mapping Festival was born from the need to bring expanded on one of the looks the most innovative techniques of today, teasing in public awareness of a new form of use of public spaces. "The Festival aims to generate visual impact to the city of Rio de Janeiro in a moment of prominence in the tourist scenery, cultural and artistic. In addition, We want to attract and expand the public consumer of culture of free and interactive, integrating visual art, music and architecture in the public space through creativity, experimentation and technology,"says.

MEET THE ARTISTIC PROGRAMMING AT THE SITE OF THE FESTIVAL: www.riomappingfestival.com.br