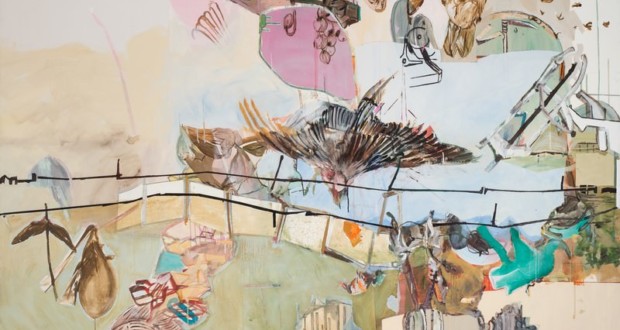 While drink water, the water I drink – Lucia Laguna
My world your-Alexandre Sequeira

The Art Museum of the river-SEA, under the management of the Institute Odeon, opens in 29 November two solo exhibitions to mark the start of management Evandro Salles as cultural Director of the Museum. The shows While drink water, the water I drink – Lucia Laguna and My world your-Alexandre Sequeira explore different views of relational and collaborative practices in art. Lucia presents paintings, drawings and furniture which have been drawn up with the participation of his assistants. In turn, Alexander Sanders brings to the space a retrospective of works developed from its relationship with different communities and people.

While drink water, the water I drink – Lucia Laguna

Curated by Cadu and Clarissa Diniz, the shows While drink water, the water I drink – Lucia Laguna presents works produced in the years 2000. The selection of works tells the trajectory of Lucia, Portuguese teacher who began painting in class of Charles Watson at the Parque Lage, After his retirement from teaching. Figurative paintings, Lucia went on to the study of overlapping layers from the appreciation of a Renaissance painting that crammed the space. The artist of Campos dos Goytacazes intended of your research plan your paintings. The experiments were carried out of the window of his studio in Rio de Janeiro, It worked as she saw frame. 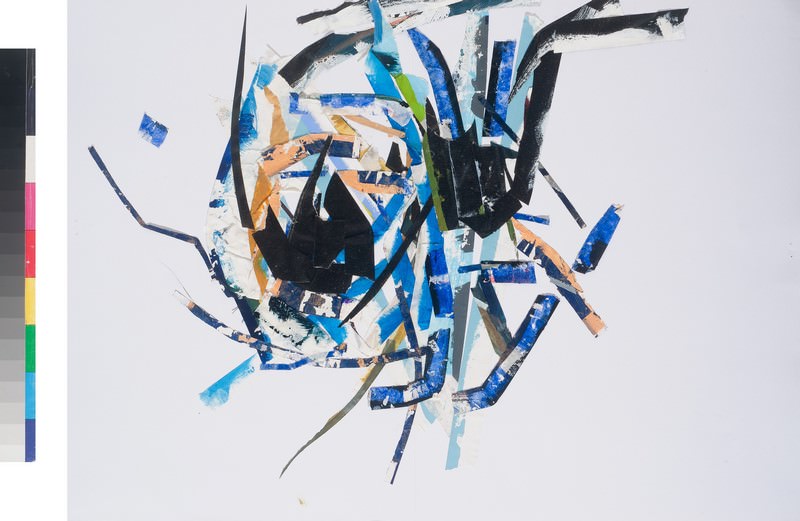 Lucia began to explore so urban meshes with traces of geometry and cartography, with the use of tapes crepes after withdrawals reveal different layers. "In his trial, It was as if she could make cities fit the frame of your window ", explains Clarissa Diniz. Soon after, the artist becomes a more direct reference to his Studio, using as models objects that were part of the space. The show features 35 paintings, being 11 of them previously unreleased. One of the works never before presented has a relationship with the sea: Lucia photographed the view of one of the Windows of the Museum and used the image for another work of the series Landscape.

The screens have been produced in partnership with two assistants, David Baltar and Claudius Tobinaga, without any kind of censorship or prohibition entered colors, dashes and tapes in tables. This technique makes your art take part in an intense collaboration model. In addition to the canvas, Lucia presents for the first time his drawings produced with the tapes crepes from the frames. And also furniture that she is making with the help of Claudio Silva, the toy factory which owned and, currently, one of his assistants. 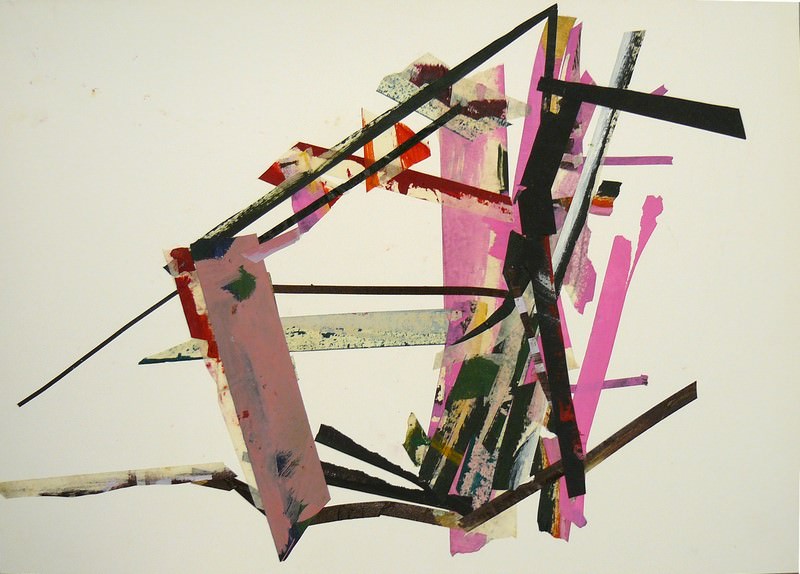 The work of the Alexandre Sequeira paraense are processes of meeting and coexistence that usually have, in photography, a powerful mediation. The works explore your relationship with people, places and motivations. Curated by Clarissa Diniz and Janaina Melo, the Museum presents a retrospective of the artist with his largest projects, including that lends its name to the shows, In addition to a job done, exclusively, for this exhibition and a relationship with the territory of the Museum. In partnership with Kayla Marie, end of the Neighbors of the sea, Alexander explored the acquis of Tião, that was for many years the photographer of the Morro da Providencia. From the material found, Aline and Alexander sought people of pictures made by Tião and, In addition to a new image, captured testimonies of these characters. The installation will feature old footage of Tião, next to photos of Alexander form a constellation that also has several of the same collection monoculars. 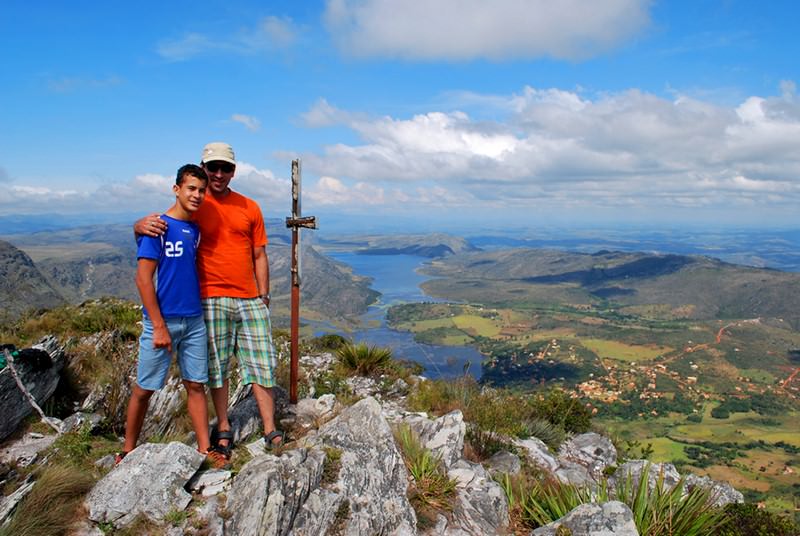 Alexander Sanchez and Rafael, 2010. The series Between Lapinha da Serra and the Kills Grass. Photo: Disclosure.

In My world your, series of 2007, Alexander mediates the relationship of two teenagers through letters and photographs. This journey of self-discovery led to work that presents overlapping images that metaphorically represent the meeting of two people from different worlds. In Nazareth of Mocajuba, Alexander lived with the community of the same name (500 km away from the town of Bethlehem, in the region of the brazilian Amazon) and ended up serving as a photographer for its locals. The images were printed in objects owned and chosen by residents for an exhibition in the Woods. With the possibility of rain, Alexander asked residents to put the photographs in their respective homes, in your preferences, performing, then, another exhibition. A MAR will present these objects, of the SEA Collection. 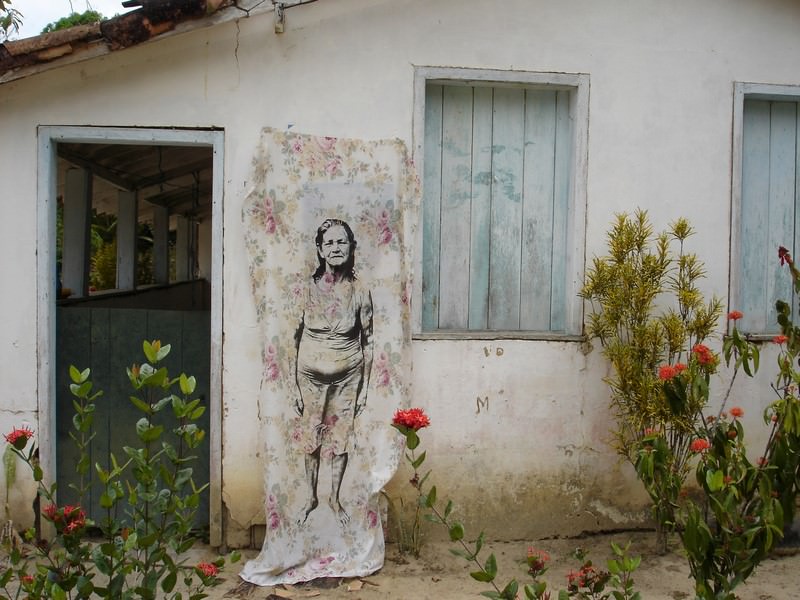 The exhibition still brings a 2008, Siege to the memory, year in which Alexander worked with quilombo communities and get involved with the problem of arson of cemeteries of these communities, wicked ways affective ties broken and so expel the people of that land. The installation will make the public feel part of this space on fire. In Between Lapinha da Serra and the Kills Grass, Alexander created a relationship with Rafael and his grandfather in Lapinha da Serra, Minas Gerais. Alexander gave life to the boy's imagination 13 years from the photo and, In addition to the images, take to the sea to hunt UFOs created by boy and a life-size photo of "female hose". 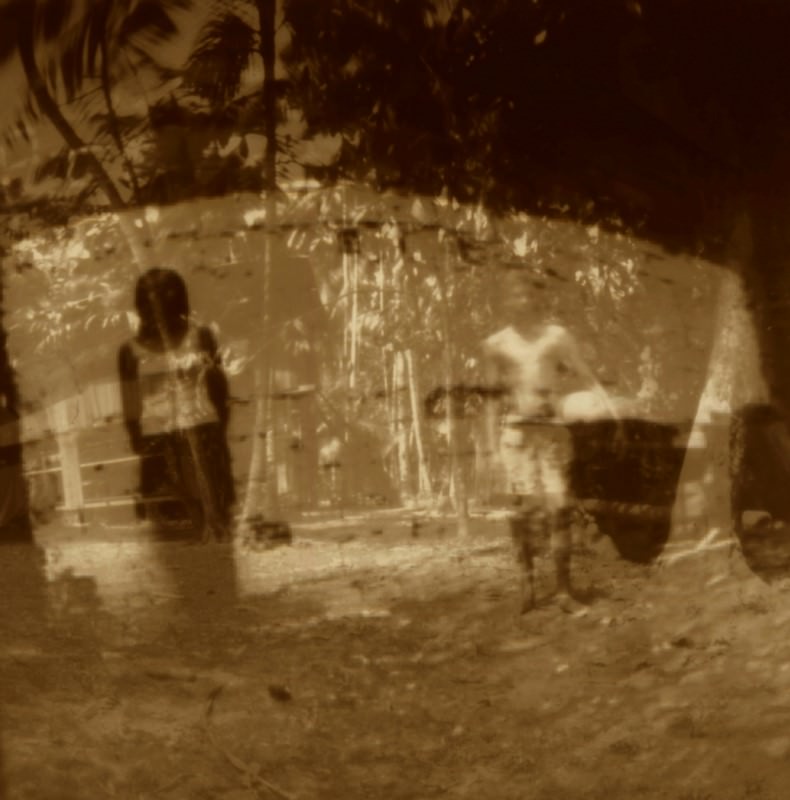 Alexandre Sequeira, The series my world Your, Tayana and Jefferson. Photo: Disclosure.

From his career in photography, Alexander received invitations to undertake projects in schools. And, valuing the educational side of the art of the photographer, the features for the first time in an exhibit the works produced in partnership with the students of municipal schools and NGOs, in Minas Gerais and Parana. 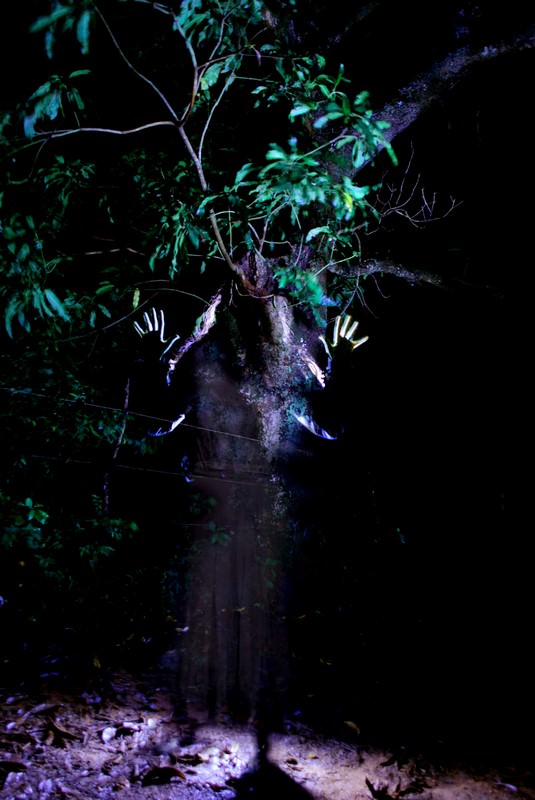 Alexandre Sequeira, The woman of the mango, 2010. the series Between Lapinha da Serra and the Kills Grass. Photo: Disclosure.

All the works in the exhibition are part of the collection of the Art Museum of Rio -SEA, making the institution the main centre of reference of the work of the artist. The sea gratefully acknowledges the generosity of Alexander Sanchez.

The sea is managed by the Odeon, a social organization of culture, selected by the City Hall of Rio de Janeiro by means of public notice. The museum has the Globe Group as maintainer, the BNDES as supporter of exhibitions and the Ita as copatrocinador of Leopoldina, Princess of independence, of Arts and Sciences. The School has the Fecomercio System look RJ, through the Sesc, institutional partner. It also has the support of Banco Votorantim and Grupo Libra as supporter of educational visits, and Accenture and the new River as supporters of the SEA at the Academy via Municipal law of incentive to culture. The project Sea of Music receives support from TIM via State law of incentive to culture and the Souza Cruz is the copatrocinadora Sunday at sea. It also has the support of the Government of the State of Rio de Janeiro, and implementation of the Ministry of culture and the Federal Government of Brazil through the Federal law of incentive to culture.

Policy free: Pay no entry-on presentation of evidentiary documentation – students from public (teaching elementary and middle), children up to five years or people from 60, public school teachers, employees of museums, groups in situations of social vulnerability educational visit, Neighbors of the sea and tourist guides. Tuesdays admission is free to the general public. On the last Sunday of the month, the Museum has free entry to all through the project Sunday at sea.