Home / Art / BUT promotes free course: The food in art 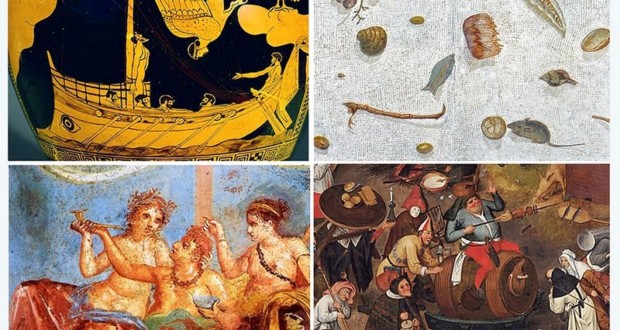 BUT promotes free course: The food in art. Photo: Disclosure.

BUT promotes free course: The food in art

A Museu de Arte Sacra de São Paulo promotes a free course on the topic “The food in art: Homer, Soso of Pergamo, Bruegel and Fellini”, with the Prof. Isabella Magellan Callia.

The course aims to problematize the relational forms between man and food, with the support of Western art works in ten centuries.

Starting from four different artistic brackets, with excerpts from a Homeric poem, a Hellenistic mosaic, a film inspired by a poem and a medieval painting, classes lead to reading and symbolic interpretation-and material-the food in their political and social context.

With a focus on food aspects, will be analysed cultural relations between myth, the rite and religion and their temporal and spatial developments.

“[…] the whole experience of reality is perceived through sensory filters developed and trained culturally […]” (FRANCO JUNIOR, 1998:16)

Profª. Isabella Magellan Callia: italianista and an expert on food history and culture. Student food practices of Imperial Rome, master in Tongue, Italian literature and culture, the Department of Modern Letters, FFLCH/USP, in the case of prescription of Pellegrino Artusi (1891), expert in gastronomy: History and culture by Senac University Center (2015), Lecturer in Italian language and culture by the Università per Stranieri di Perugia (2011).

His current research revolve primarily under the axis city/migration/food, establishing the link between dispensaries (and food practices) the concept of national identity.

Taught the courses "business Routes and food taboos in the Mediterranean" (2015) and "art and culture in Imperial Rome" (2014), in the Centro Universitário Maria Antonia/USP, and "the complex act of eating today" (2016), in SESC Center for research and training/SP.