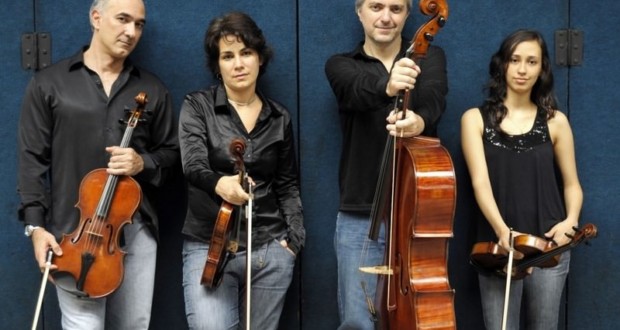 Free master class analyzes the history of the String Quartet

Classical music has never been as accessible as it is today. Thanks to projects like the Villa-Lobos and children, young talents of poor communities in Rio de Janeiro can learn more about music. On 06 de Mayo (Saturday), in the Imperial Palace, another master class put musicians and music lovers face to face with subject matter experts. With the theme "the history of the string quartet", the public can learn more about this traditional format by the words of those who know the subject in depth: the Quartet Radamés Gnattali. The free event will begin at 12:00, with the opening of Philharmonic Project.

The third meeting of the series of master classes covers the emergence of string quartets, talking about the development of the instruments and writing to this format and your operation; the function of each instrument; In addition to the brazilian music for String Quartet. The guests of this edition – Marco Catto (Viola), Carla Rincon (violin I), Andréia Carizzi (violin II) and Hugo Pilger (cello) – are reference on the national scene with the Quartet Radamés Gnattali.

Pioneer, the Group was the first in the world to burn to DVD and blu-ray "17 string quartets", the composer Heitor Villa-Lobos. Known in the circuit of instrumental music for your excellence, the Quartet collects Awards: Rumos Itaú 2007 and XIII Carlos Gomes Award as best Chamber Ensemble of Brazil in 2009. It was also nominated for a Latin Grammy Award 2012, the Brazilian music award 2013 and culture Award from the Government of Rio de Janeiro 2012-2013. In your path also includes participation in the Biennial festivals of Funarte, MIMO, Villa-Lobos and International Festival of Campos do Jordão.

All the master classes of programming are free, beginning of the presentations at 12:00 and class at 1:00 pm. Events are subject to capacity and open to all who have an interest in classical and popular music, professionals or fans. The project Villa-Lobos and Children develop a cultural work through music, that aims at professionalization of young talents of poor communities in Rio de Janeiro. Created in February 2008, has as its starting point the pedagogical teachings of maestro Heitor Villa-Lobos. The Project, directed by Turíbio Santos, is sponsored by Alive and the Government of the State of Rio de Janeiro through the State law of incentive to culture.