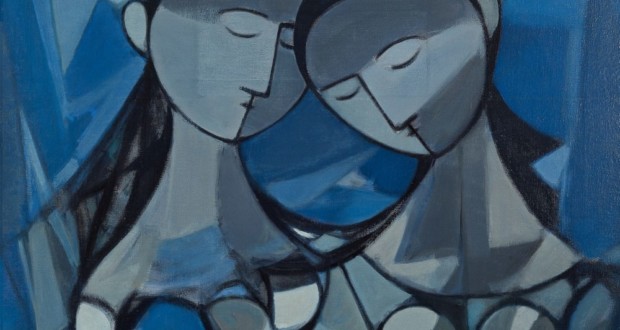 Milton Dacosta wins retrospective at the Gallery Almeida and Dale

exhibition brings together 54 Artist jobs Rio, the various stages of its travel, from 1930 the decade of 1980

reflexive, disciplined and silent, while full of dense emotions. So is the work of Milton Dacosta (1915 – 1988), Rio painter who managed to reconcile the traditions to a powerful and fertile creative process. From day 18 August, the public can check closely the various stages of the artist The color of silence, exhibition held by Almeida gallery and Dale. The painter returns to have their work entered into by an individual in Sao Paulo after a hiatus 12 years.

Curated by Denise Mattar, the show brings together 54 works of the artist, made the decade of 1930 until the end of his life, in the years 1980. Along the way, Dacosta was not limited by any school, assuming diverse influences. “Without giving importance to praise or criticism the artist has always followed the path that interested him, impressionist figurative metaphysics, cubismo the symmetry of light and sensuality concrete form of the curve”, punctuates the curator.

In life, the artist was acclaimed by the public and also by critics. His work has been recognized by the most important area names, Sergio Milliet to Mario Pedrosa, Samson Flexor Waldemar Cordeiro. In 1955, the jury of the Third Biennial gave him the best national artist award.

So with 40 years old, received the highest recognition of his work amid the fierce struggle between figuration and abstraction that was at the time. Dacosta was one of the few that context unanimities. For Denise Mattar, the acceptance of his work was the result of a particular route of an exceptional painter, I knew establish dialogue with the works of artists who interested him and keep, still original. 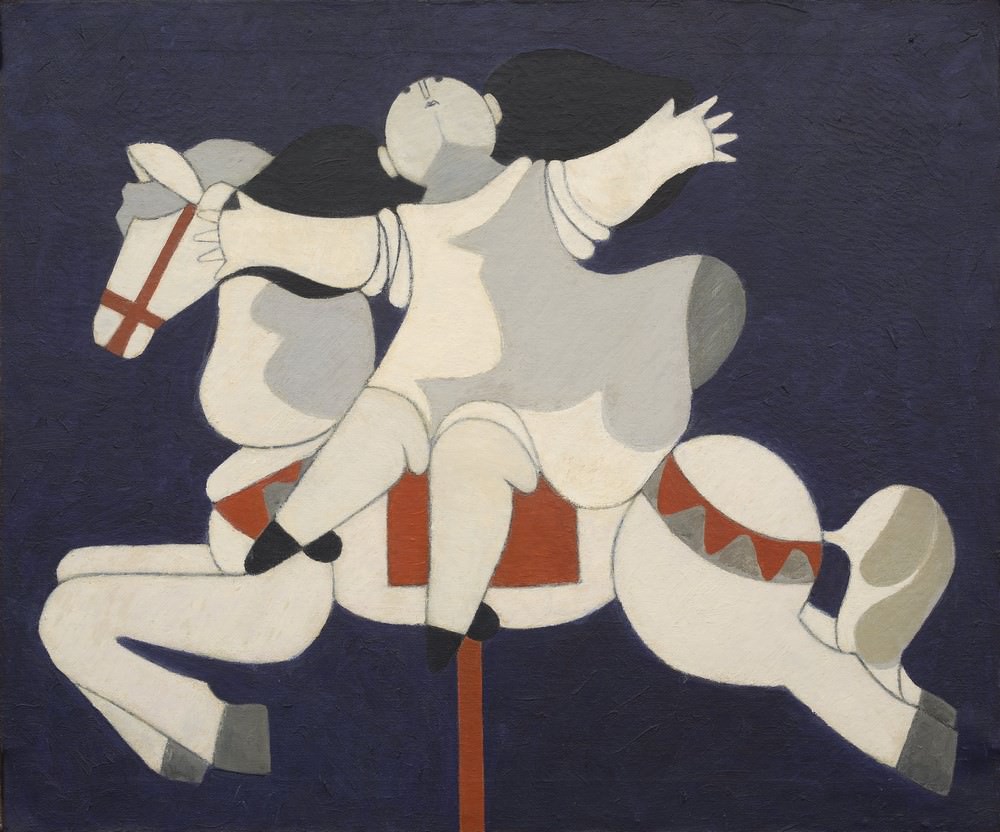 Following a chronological path, the exhibition The color of silence It begins with the first works of the young painter. Urban Landscape (1937) and the iconic Autoportrait (1938) this period is. With strong influence of the Parisian movement and naturalism with Impressionist accents, screens already enunciated a major feature of his work: while the prevailing expressionist realism nationalist character of artists such as Di Cavalcanti and Portinari, he remained faithful to his predilections.

In the 1940, Dacosta back to the image of organic search, treading a phase of discoveries. In this period, is interested in the longilíneas figures and by De Chirico's metaphysical, whose influence is clear in works like bicyclists (1941) and Carousel (1945). Unlike the Italian artist, however, the Brazilian screens are solar weather, not associated with troubles, but the playful, constant theme throughout his life.

After a travel season and studies in the United States and Europe, the painter returns to Brazil in the late 1940 and, In a first moment, figures that incorporates the elongated previously performed. Then, initiates a geometric phase, full of oppositions. “The course is set against the dark, the front is also profile, the light is defined by the shadow. The artist distorts heads, decupa faces and bodies into triangles and circles and, from them, elaborates contrasts marked by structural orthogonal lines or curvilinear, a construction almost musical. 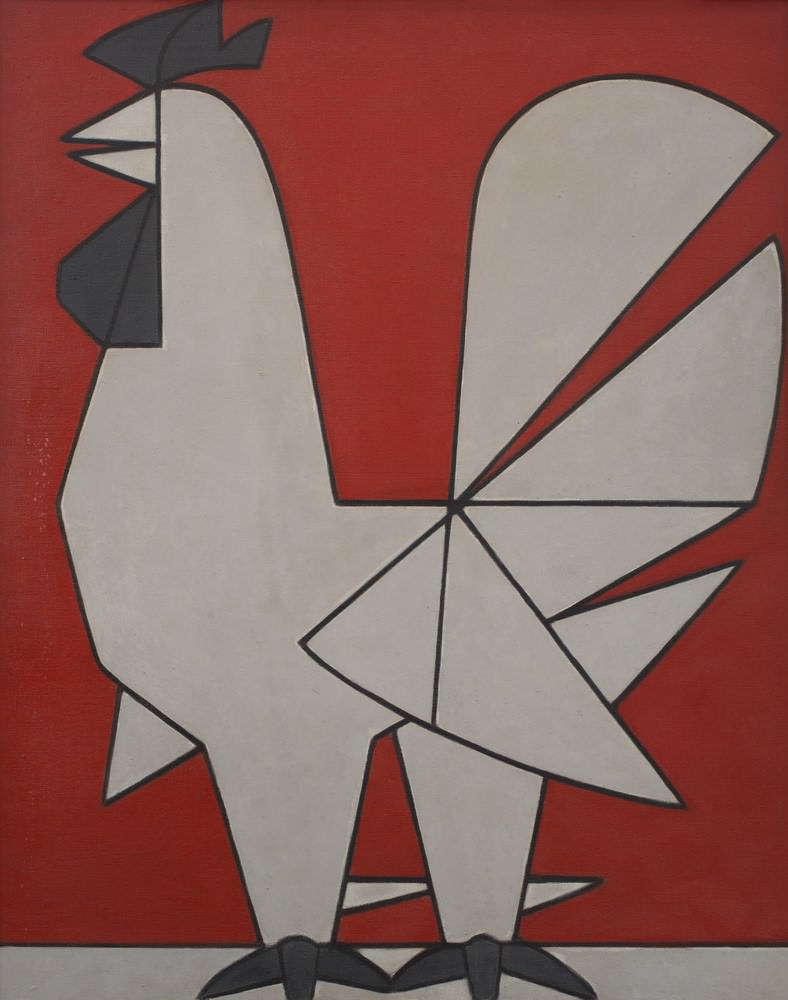 In 1952, already married with fellow painter Maria Leontina, the artist starts to (from)geometric, figurative compositions. Is this the series with which received the award in the Biennial 1955. In About Horizontal (1954), depicts a still life only interview, built with orthogonal lines, decomposed in geometric figures painted and tempering, in blue, ocher soft and bright white, intense on black background.

Little by little, Dacosta abandons the figurative allusions, reaching a lyrical and unique constructivism, increasingly concise. jobs like In blank (1956), in Purple (1957) and in Green (1958) They belong to this moment and show the compositional precision and accurate chromatic painter. Critics consider this phase as the apex of his career. The Artist, however, I did not share this opinion. “He was never seduced by concrete movement and even by neoconcrete, It was faithful only to himself and his inner quest”, scores Denise Mattar.

The artist then makes a return path to figuration, recovery process that spanned the years 1960. Straight lines begin to relax and curves creep the viewer, sample Woman with face leaning on hand, Figures (decade 1950) and the set of four works titled Figure with Hat (1958 – 1961). 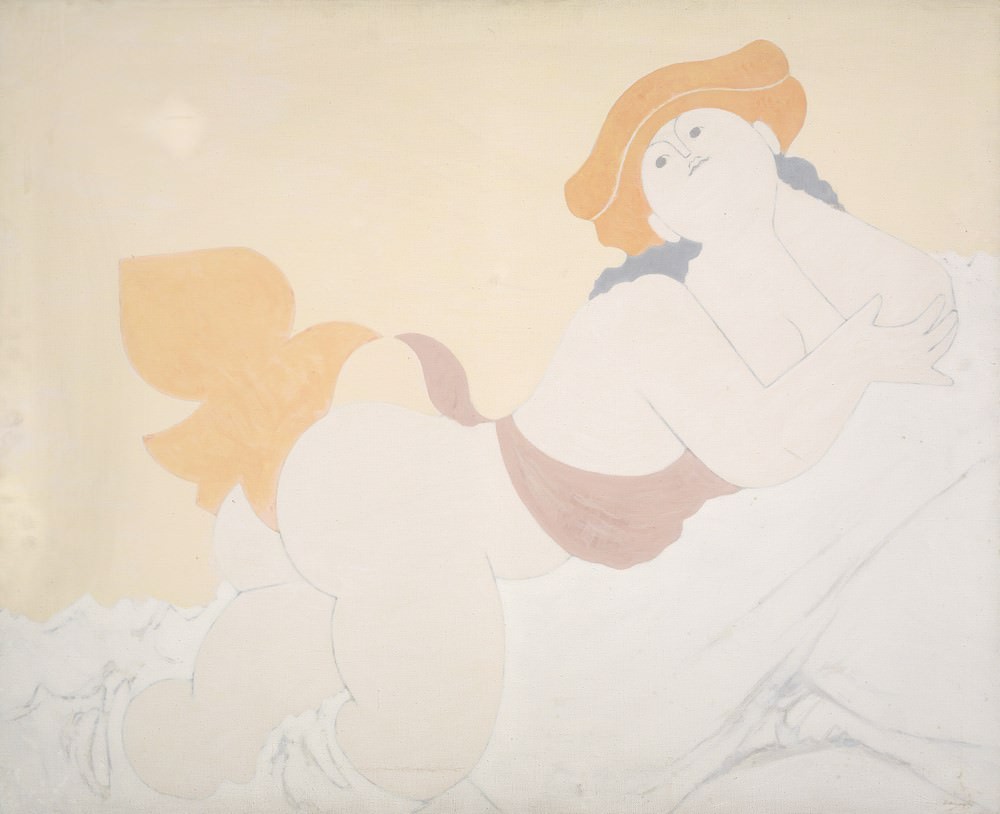 In the late 1960, and until his last years, the artist performs sexy Venus, always marked by sinuous lines, created by the free design and no newly discovered moorings. And Figure Bird, 1964, Venus and Bird, 1969/70, Figure, 1964, They are examples of this phase, which became a hit at the beginner market of art of the time.

Previous: To encourage the creation, Gibiteca opens comic incubator
Next: Exhibition “Beyond the Storm” Ernesto Duarte