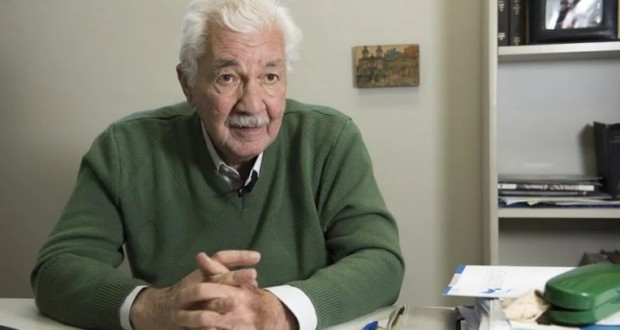 Neuroscientist Fabiano de Abreu mourns death, from who, him though, is the greatest Brazilian scientist in history

Brazilian science is in mourning. He died this Tuesday (9), the neuroscientist and researcher Ivan Izquierdo, at the age of 83 years, victim of pneumonia (there is no relationship with Covid-19, although the researcher contracted the virus last year and recovered well from the disease). He passed away at home, in Porto Alegre (RS).

Left, who was born in Buenos Aires, capital of Argentina, and lived in the state capital since 1977 with the family, was the discoverer of one of the main biochemical mechanisms of memory. The phenomenon known as "endogenous state dependence and the functional separation between short and long term memories", granted the researcher the title of one of the world's greatest memory specialists. He was coordinator of the Memory Center of the Pontifical Catholic University of RS. Coordinated the Memory Center of the Brain Institute of Rio Grande do Sul, created in 2012. He was professor of the Graduate Programs in Biomedical Gerontology and in Medicine and Health Sciences, and PUCRS.

For the neuroscientist, and admirer of Izquierdo, Fabiano de Abreu, the researcher's death is a loss to science, but a legacy for history and for new researchers.

“I was studying psychoanalysis, before neuroscience, when I met Izquierdo. My intention was to seek the reason for our behavior, and, from my research, scientifically, I started to see his name a lot. On first impression, I thought he was Spanish, since most of the researchers are European or American and we don't find Brazilian scientists in the press spotlight. When I researched his studies, I ended up finding a documentary in which he said he was Argentine, naturalized Brazilian ”, recalls.

“This shows how important it was to take the name of Brazil abroad, that is, is what I always talk about valuing science, popularization, so you can encourage more Izquierdos to emerge ”, the firm.

“He was a great man, with great discoveries. Perhaps, if you were in a European country, North American, could have had a greater appreciation, but he preferred to be here because he loved being in Brazil. He left a legacy that is crucial for life to make sense. When each academic seeks experiments, studies, deep root, within the core of reason, you will find the name Izquierdo ”, ends.

The wake takes place this Wednesday (10), from 8am to 11am, at the Metropolitan Crematorium of Capital Gaúcha.