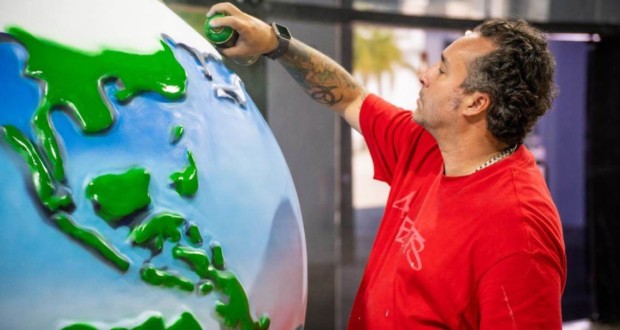 São Paulo, May 2019 – Between the days 22 May and 21 of June, the Memorial of Latin America – core culture, politics and entertainment that is completing 30 years in 2019 – hosting the exhibition "17 ODS for a Better World". With free entry, the exhibition aims to generate interest, reflection and enthusiasm in the population towards a more sustainable world about the Sustainable Development Goals set by the UN.

The exhibition brings 17 Terrestrial globes, with 1,80 meters of height, used as a three-dimensional display where the public can interact with art, besides reflecting on social issues, environmental and economic. renowned artists from all disciplines such as Mundane, Beatriz de Carvalho, Fabiano Al Makul, Priscila Barbosa, MARAMGONÍ, Fernanda Eva, Pomb, architects Marcelo Stefanovicz and Consuelo Cornelsen, Giovanna Nucci, Binho Ribeiro and collective SHN are among those who signed the creations.

In 2015, world leaders of UN Member States recognized that the eradication of poverty in all its forms and dimensions, including extreme poverty, It is the greatest global challenge, besides being indispensable requirement for sustainable development and, from there they launched an action plan: the agenda 2030, containing a set of 17 objectives, such as, Quality education, Reducing Inequalities, Zero Hunger and Sustainable Agriculture, Life on Water and Gender Equality. Catherine Duvignau, Toptrends director and organizer of the exhibition believes that "through an artistic exhibition we will take the public to better understand the 17 ODS, these goals so important stipulated by the UN ".

The agenda 2030 It understands that culture plays a key role in promoting these social changes to build a better future for people and the planet. A Novelis, world leader in laminates and aluminum recycling, sponsors the project and evaluates the 17 goals as essential, reinforcing the need to bring more people to debate the issue. "We believe that dealing with such important issues through art is a way to spread the message in a fun way. Sustainability has always been part of the DNA of Novelis and our work contributes with goals such as environmental conservation, sustainable management, achieve gender equality, empowering women and promoting inclusive economic growth and sustainable. By promoting projects like this, We amplify our purpose to create together a more sustainable world ", says Eunice Lima, director of communication and government relations at Novelis. 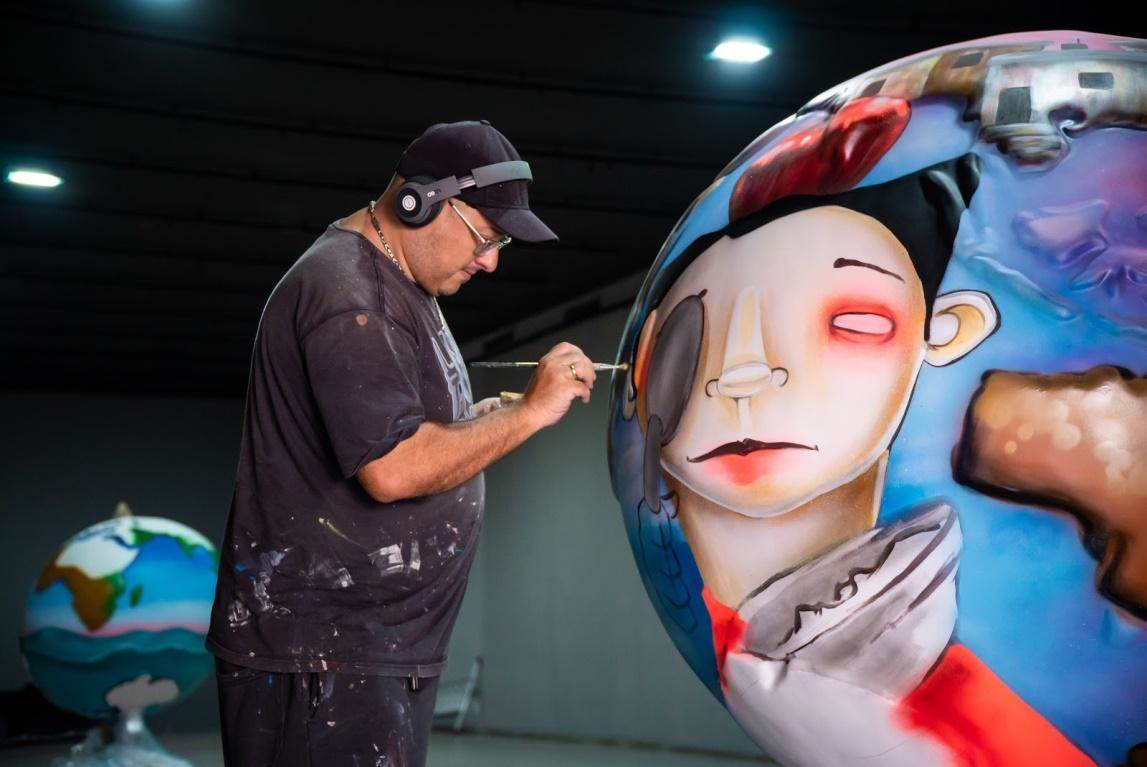 In Brazil, Novelis has rolling operations in Pindamonhangaba and Santo André / SP. The local operation involves about 1.500 Professional and achieved revenue of $ 1,9 billion in the last fiscal year. For recycling business, the Company has nine scrap collection centers around the country and has the largest center of South America Recycling.

The Toptrends is a reference company in performing street art projects through various roadshows. Licensing holds the CowParade Holding and the right to make the Brazilian version of the world's street art event, the Toptrends has won the Brazilian market with its expertise in the development of cultural marketing projects. Since 2005, already held 12 editions of CowParade in Brazil. Also produced several traveling exhibitions across the country as Rinomania, an exhibition of rhinos decorated to celebrate the 60 years of Duratex; a Call Parade, that turned 100 public telephones in the capital city in an original support for works of art at the request of Telefonica / Vivo; a Big Heart Parade, which brought together 78 custom hearts by renowned architects CASACOR 2013; Monica Parade, that honored, in 2014, the 50 years of character, leading 50 sculptures on the streets of Sao Paulo, result of a partnership between the Panini and Mauricio de Sousa Productions, Reciclalata the exhibition project developed in partnership with Novelis to reinforce the importance of recycling of aluminum cans and has gone through several cities between 2015 and 2017; and more recently, in 2018, a Happy Art Parade, a unique display which used the art as a support for emoji.

About the Latin American Memorial

Inaugurated in 18 March 1989, the Memorial of Latin America's mission is to promote integration among Latin American peoples, spreading expressions of creativity and know, adding to the intellectual and cultural activities of the State of São Paulo.

With architectural design by Oscar Niemeyer and cultural conception of Darcy Ribeiro, the complex has area 84 mil m². In its place are the Latin American Library, Galeria Marta Traba, Hall of Acts Tiradentes, Pavilion of Creativity and Auditorium Simon Bolivar. Complete with the Administration Building former Latin American Parliament, which now houses the Secretariat of People with Disabilities.

The organ is a state foundation of public non-profit, with administrative and financial autonomy, linked to the Department of Culture and Creative Economy of the State.