Shows with the collection of paintings of the MNBA Grondona

Multifaceted character of the 19th century, the Genoese José Estevão Grondona (circa 1783 – 1850) docked in Rio de Janeiro as a trader. In your luggage there were at least 11 paintings sold for the Crown and for the nascent National Museum, then working in the field of Santana.

This was only a trace of this thought-provoking character, that in addition to dealer acted as journalist and restaurateur, constructing a journey full of controversial chapters. But is the artistic part of this plot, the focus of the show "Missed items and souvenirs: the collection Grondona and Genoese painting ", the Museu Nacional de Belas Artes/Ibram/MinC opens day 16 de Mayo, at 12:00.

Curated by researcher of the MNBA Anaildo Bernardo Baraçal, the exhibition brings together 25 pictures and a plaster, contributing to disseminate the latest scientific research results which revealed a "new collection" the Museum.

Grondona was descended of an extensive family of nobles, Knights, merchants and painters of Italy and once installed in Rio de Janeiro is commissioned as a restorer and curator of the National Museum (created in 1818 by D. John VI was the first Brazilian Museum). Restless, from 1823 passes the Act with the opposition journalist in the newspaper "the sentry by the sea in Praia Grande". However a critical letter published in this vehicle had such resonance that prompted the closure of the constituent Assembly of 1823, When Grondona is forced out of Brazil and heads to Buenos Aires (Argentina). 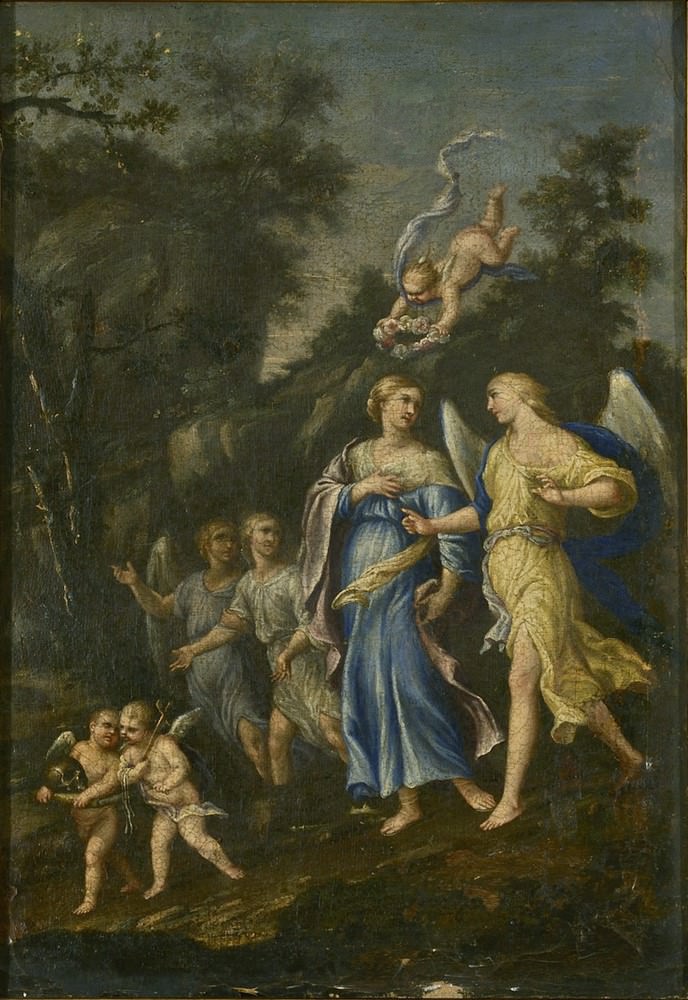 Of Argentina, where he continues to write against the Emperor, Grondona goes to Montevideo (Uuruguai) and then to Bolivia. With the changes brought about in the political environment of the Regency period and without Peter to pursue it, the intrepid journalist returns to Brazil. This stage starts working with production of ice or ice cream, but your strong critical sense do emerge a revolutionary, making the approaching Italian thinkers and heroic, among them the famous Giuseppe Garibaldi, who receives between 1835 and 1836, in Rio de Janeiro.

Endowed with multiple vocations, at this stage Grondona founded a Masonic Home and Young Italy, a fraternity that gave support to Italy in the process of unification.

According to professor of UNIRIO Anaildo Baraçal, This exhibition "has the merit of revealing the existence of another collection of the forming of the National Museum of fine arts just as if celebrating the 80 years of creation of the MNBA ".

He explains that traditionally had a set of works identified with the collection of Italian paintings, but, at the end of 2016, research that the curator and staff held in the collection Joaquim Lebreton, the Museum, pointed to another set of works, they didn't have copyright assignments: the design of the collection Grondona did, then, from January.

At the show "Missed items and souvenirs: the collection Grondona and Genoese painting " displays document reproductions from the historical archives of the National Museum of Quinta da Boa Vista, the national library, the national archives and the Center for Research Libraries, based in Chicago (USA).

It is worth remembering that the curatorial line relates to the own institutional history of the MNBA, the Museum functions from 1832, using the methodology of presentation of sources that allow for verification of the origin of what is reported.

The organizer of the exhibition "Missed items and souvenirs: the collection Grondona and Genoese painting " points out that the presentation of these documents could allow the knowledge of a new "installment" of the Museum and extend to the Genoese painting, in homage to the birthplace of Grondona, providing information and researchers, within the Office of scientific research to the National Museum of fine arts for decades has been developing.

Thus, will display works from the Genoese painting, featuring names like Baccicia, Castiglione and Ferrari, among others.

Previous: Regina Galvão at Ponteio Lar Shopping
Next: Maintenance of instruments is the subject of free master class in the Imperial Palace