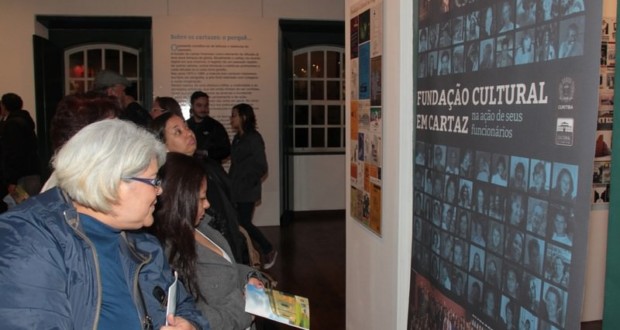 The exhibition "Cultural Foundation in Poster-more than 40 Years of history "arrives at the Municipal Museum of art – Cultural Gate, where remains of 17 from December to 10 January 2016. The history of FCC is told through posters created by designers aimed at dissemination of programs and events promoted by the institution over four decades.

At MuMA, the exhibition concludes its roaming. The show was inaugurated in June 2014, In House Romário Martins, been at City Hall, TICCOLOR's Gallery, on the street of the array and regional Citizenship CIC, Boqueirão, New Neighborhood, Pinheirinho, Tatuquara and Boa Vista. In this last regional, He held the exhibition hall of the Centro Universitário UNIBRASIL and was enjoyed by hundreds of students and teachers. 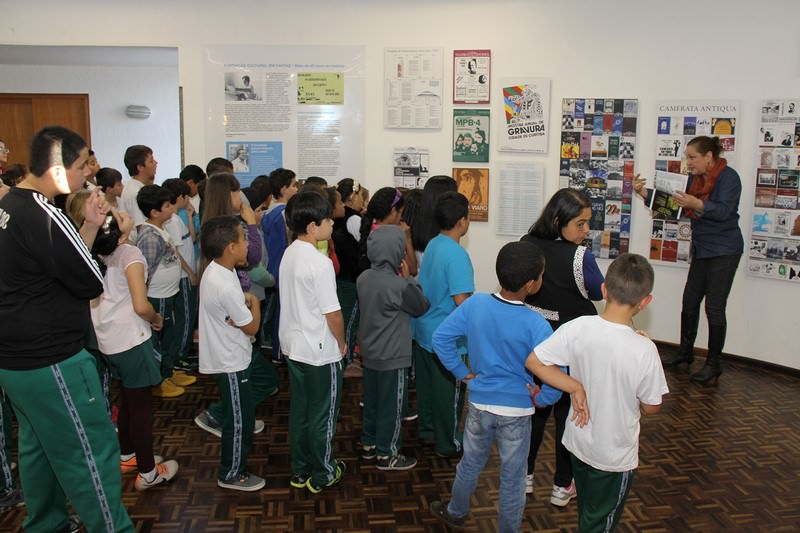 An assessment of the outcome of the project, the reporter and producer Josina Manu, FCC employee, highlights the legacy of this research to the memory of culture Curitiba. "The shows gave visibility to the countless productions performed by the FCC since his early days in the years 70, appreciated the work of its employees and, especially, rescued a part of the history of graphic art curitibanas ", the firm.

Graphic artists as Rones Dumke, Weld, Dante Mendonça, Miran, Rogério Dias, Zuateg, Werneck, Pancho, In addition to the designers and visual artists who worked at the FCC, lent their talents in creating posters that are part of the exhibition. Ibrahim explains that the show also had the aim of giving visibility to the work of the servers, without which these productions would not have been possible. "The intent was to reveal the work and creativity of these people who are at the service of culture, and that unfold in multiple functions to give body to the various proposals and initiatives ", says. 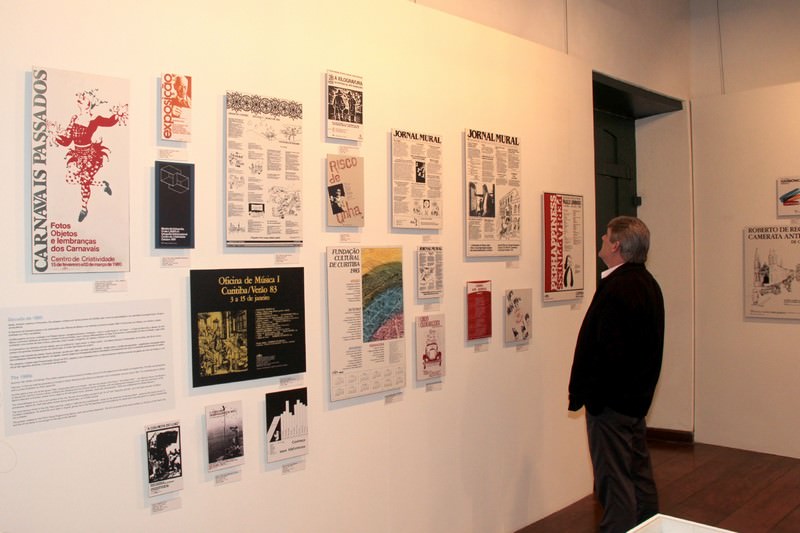 For Ibrahim, also fulfilled the function of spreading all this information to the public. "The show had a large number of visitors in all locations where he spent, even with good reception in neighborhoods, where we had the valuable collaboration of the teams of the regional centers of the FCC ", He pointed out.

Proposal – The exhibition grew out of an interview with the designer Vivian Schroeder, retired employee of FCC. The idea was to tell the Foundation's Cultural evolution in parallel with the evolution of the city.

"We rescued in TICCOLOR the original posters digitally criuados to the divulgation of spectacles, art shows and cultural projects developed since 1971 ", Josina account. The survey was conducted by the collection of posters of the Cultural Foundation, included in the collection of the Museum of the poster and currently are part of the map collection of the House of memory.

The final selection included the look and the artist's support Jair Mendes (former Director of the center of Creativity of Curitiba), that helped elect the most representative of the 1970, 1980, 1990 and 2000.

Are creations of various designers, who served, for example, for dissemination of the Camerata Antiqua of Curitiba, Bulletin Board, Engraving shows, Biennial of photography, Music workshops, Perhappiness, Carnival, Cinematheque, Band Lyra Curitiba, numerous concerts and performances, among many others who are part of the memory and mark the identity of the Cultural Foundation of Curitiba. The Assembly was attended by Ana Gonzalez technical consulting.

In the exhibition hall of MuMA there will be a video terminal, where will appear more than 500 selected posters for shows. Closed the show, the material remains in the collection of the Cultural Foundation as research source, with the prospect of being complemented with the achievements of the end of this decade to the 50 years of the institution, in 2023.

From day 17 th December 2015, the Cultural Foundation Bulletin Poster-more than 40 years of history and images of the exhibition panels can be accessed on the website of the FCC (fundacaoculturaldecuritiba.com.br).

The exhibition featured the patronage of TICCOLOR and the CATHEDRAL Cafe.

Previous: Paiol Theater brings together lectures by immigrants and refugees from seven countries
Next: Solar do Barão presents exhibition of Dumke and collective of photographers Rones