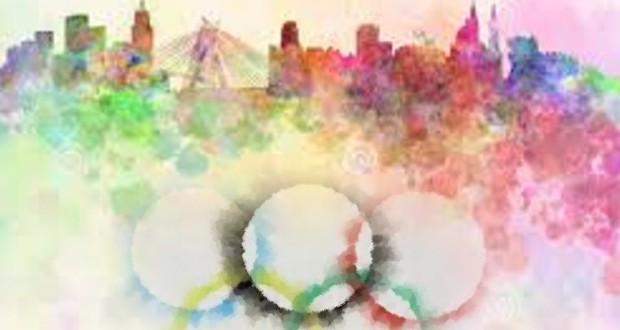 Invitation exhibition are Paul pays homage to the Olympics with Art.

The Angels Art Gallery have chosen renowned artists, working his talent in painting and sculpture, with different techniques and themes, to pay tribute, the city of São Paulo, the Olympics Brazil 2016. This Show will make a roaming in other cities, demonstrating that art and sport are intertwined.

The relationships between sport and art must be understood so multifaceted. One of the most easily identified occurrences is a comparison of athletes with artists, of fine plays with works of art or the use of artistic terms the peculiarities of sporting events.

It is common for columnists and sports writers make use of expressions such as:
* “football-art” (In contrast to an ugly game, “of results”);
* “the team plays in music” (When you play together);
* “the athlete painted a watercolor on that play” (When does a good job);
* “the team played as if it goes with my skin tone” (When joga bonito);
* “the dispute was a real movie in two acts” (When the game is exciting);
* “the player is making a scene, making movies” (When pretend something).

One of the Brazilian most chroniclers using this feature was Nélson Rodrigues, always consider the football matches as real operas and compare players the geniuses of art, as in the case of Pele, for he considered a real Michelangelo, and as with Garrincha, compared to Charles Chaplin, the ability to establish a cheerful and unravel the smile on the face of the fan.

ABOUT THE “SPACE URUGUAY”

The first Espacio Uruguay built abroad, located in the heart of Sao Paulo, a Off. Paulista. This site was conceived and designed to promote and enhance the Exchange and cooperation of Uruguay with the countries with which it operates. Here has a wide space and comfortable, which has all the information, contacts and technological resources necessary to facilitate the holding of exhibitions, events and business. From its inception, became a fundamental space for the development of opportunities occurring in the city. In addition, includes a cultural space, where are permanently displayed different artistic manifestations of the culture of Latin America and the world.

Previous: Exhibition assembles at the Memorial artists of the Universidade Estadual de Ponta Grossa
Next: STOLEN ISLANDS is the new exhibition of the Shared Centre of Creation