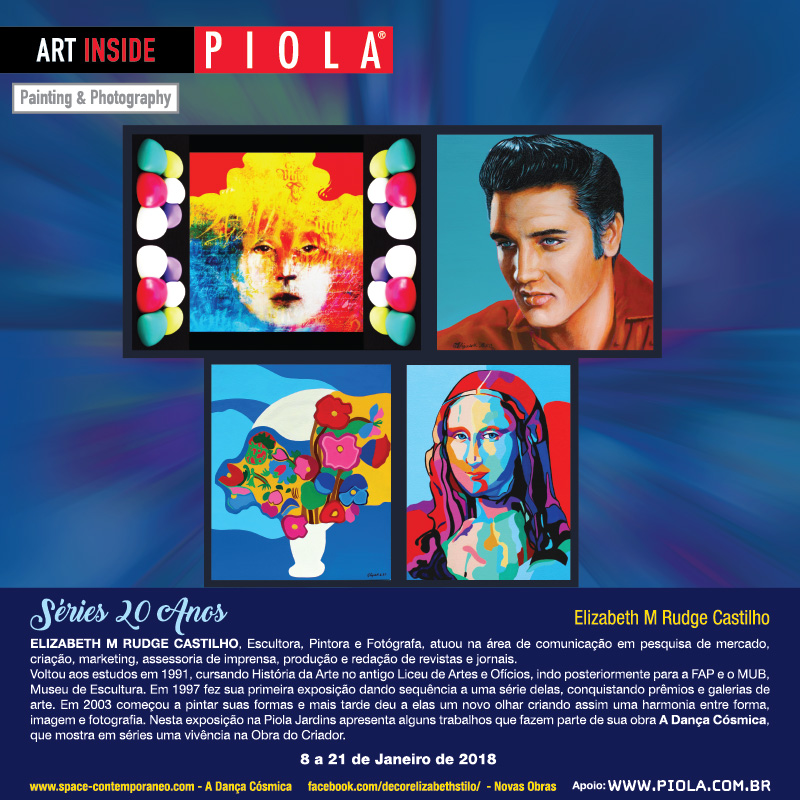 ELIZABETH M RUDGE CHAKRAVARTY, Sculptress, Painter and photographer, He served in the area of communication in market research, creation, marketing, Press Office, production and writing for magazines and newspapers.

He returned to his studies in 1991, studying history of art at the old school of Arts and crafts, going later to the FAP and the MUB, Sculpture Museum. In 1997 did your first exhibition following a series of, winning awards and art galleries. In 2003 He started to paint its forms and later gave them a new look creating a harmony between form, image and photo.

In this exhibition in the Gardens presents some works that Piola are part of your work The Cosmic Dance, that shows on an experience in the work of the creator.

Photos of the opening cocktail: 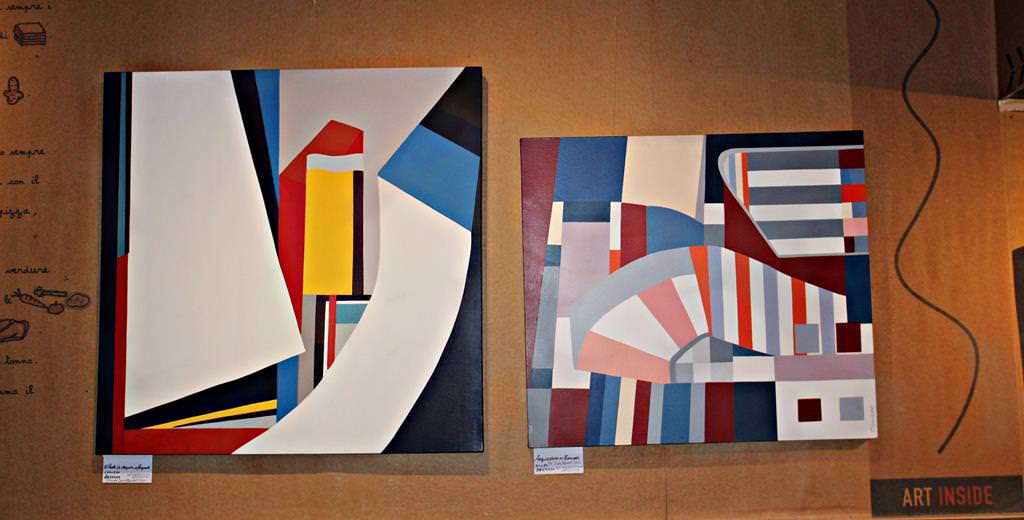 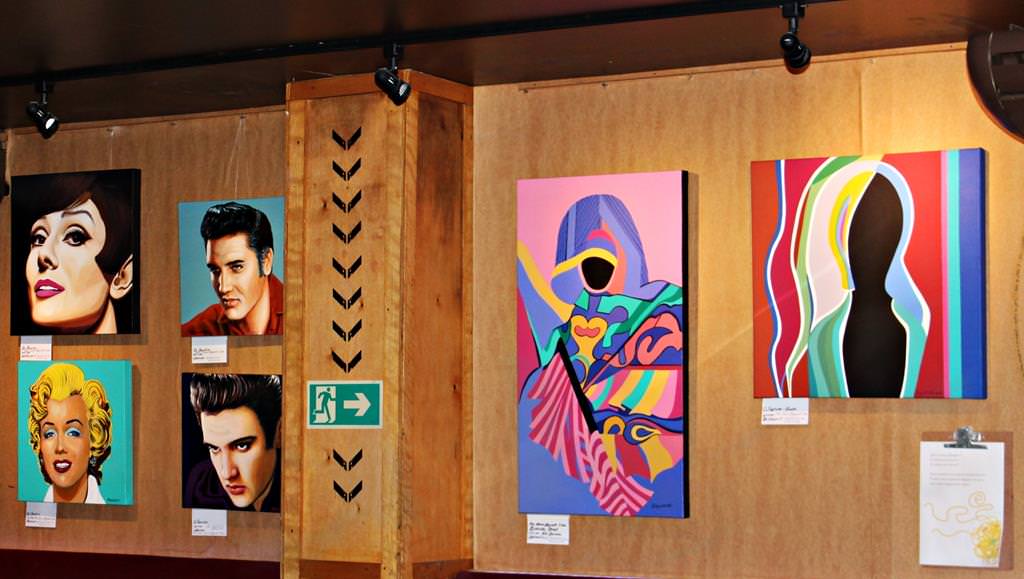 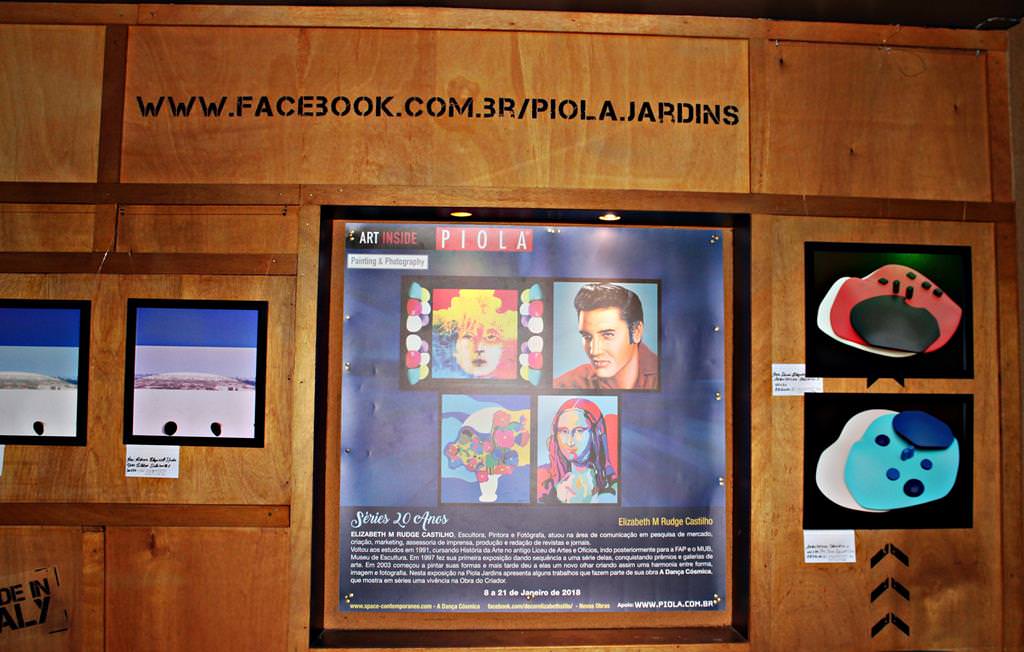 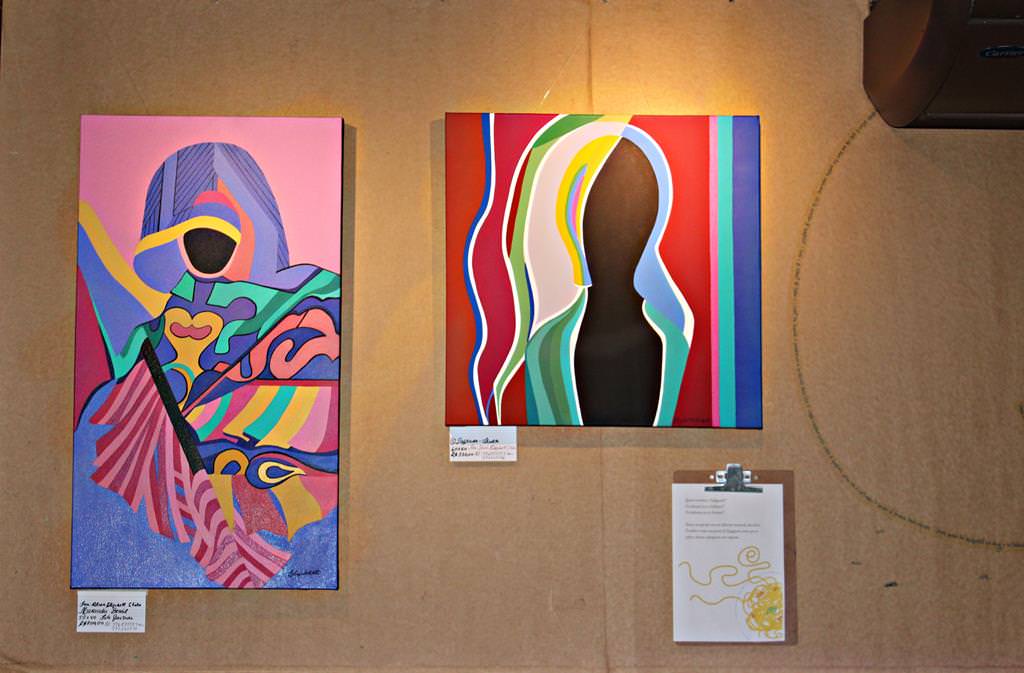 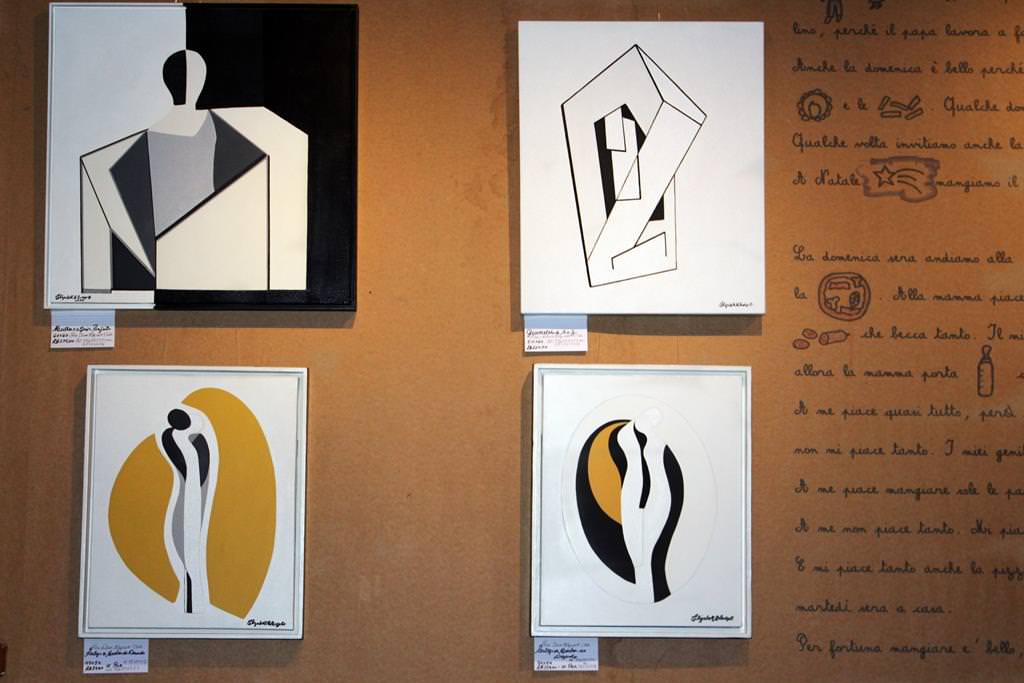 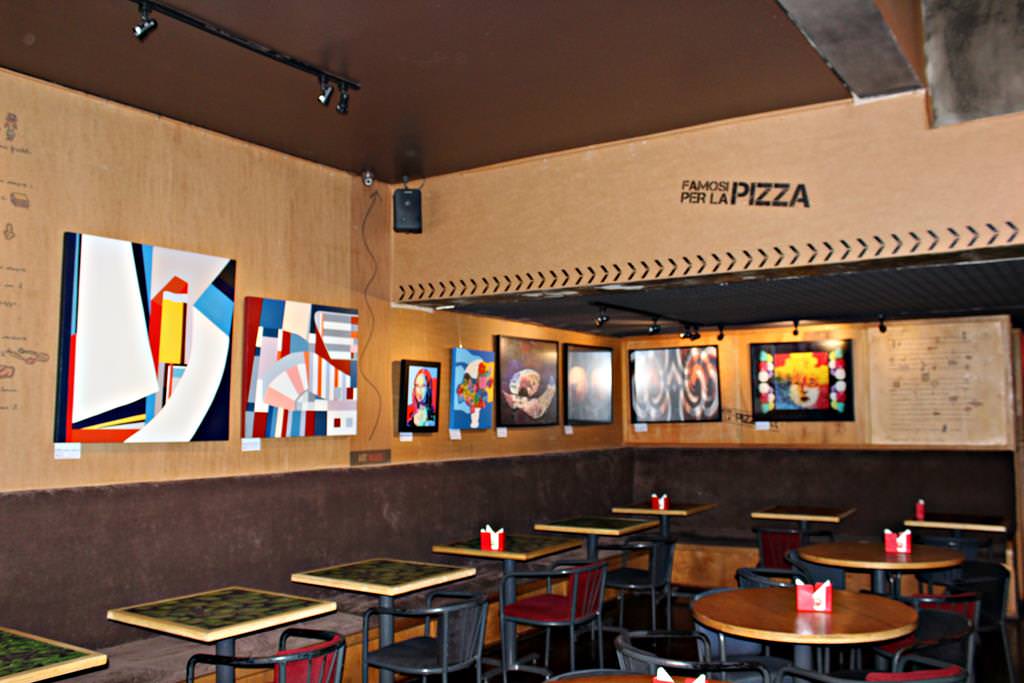 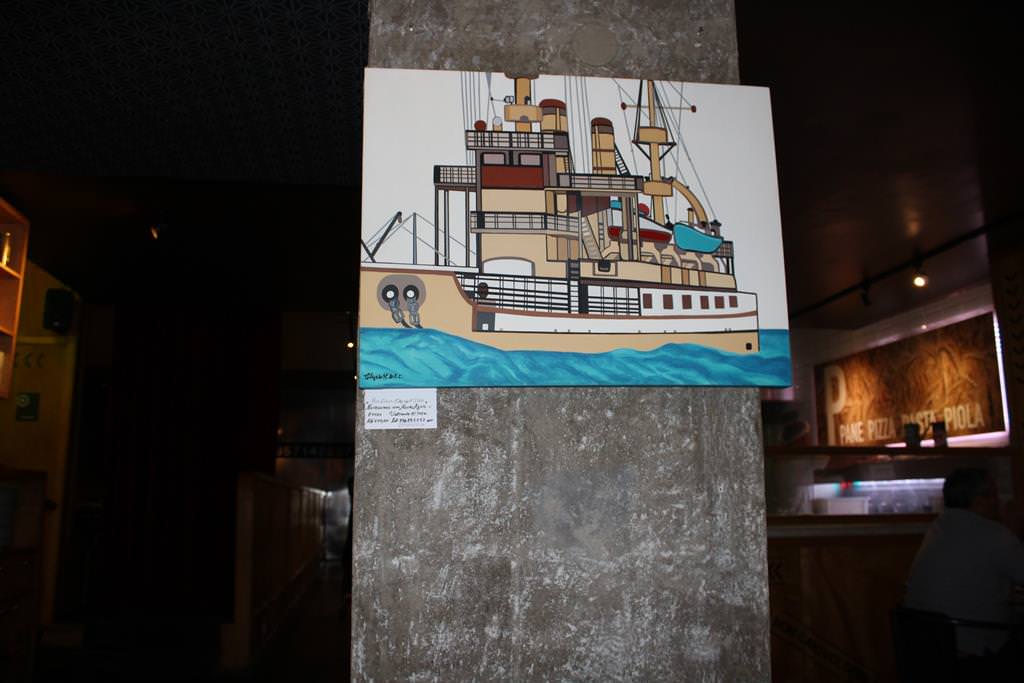 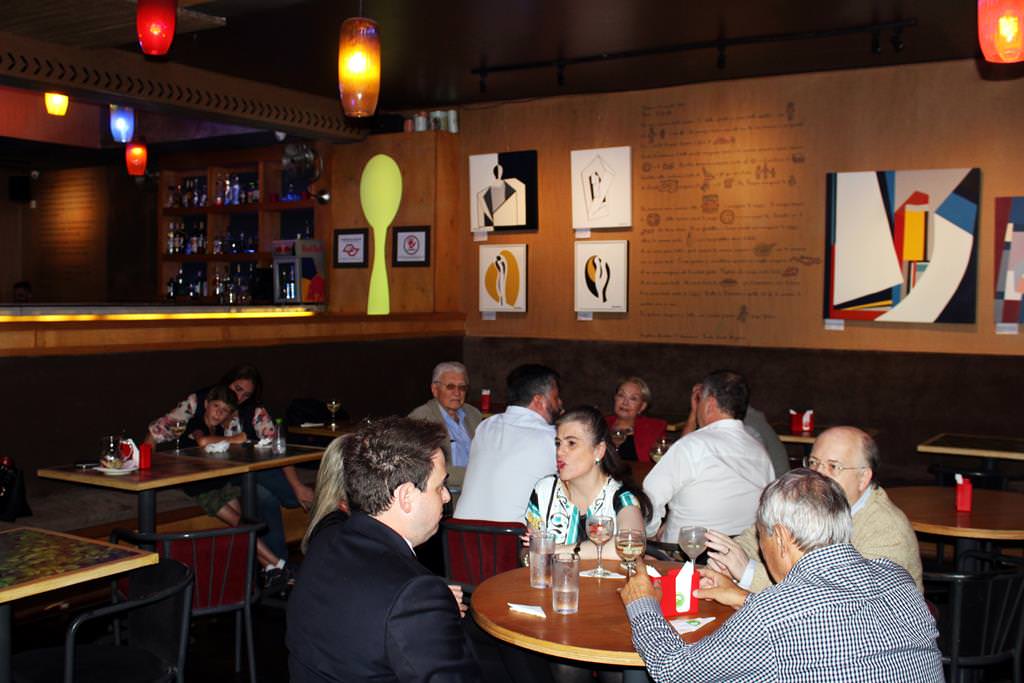 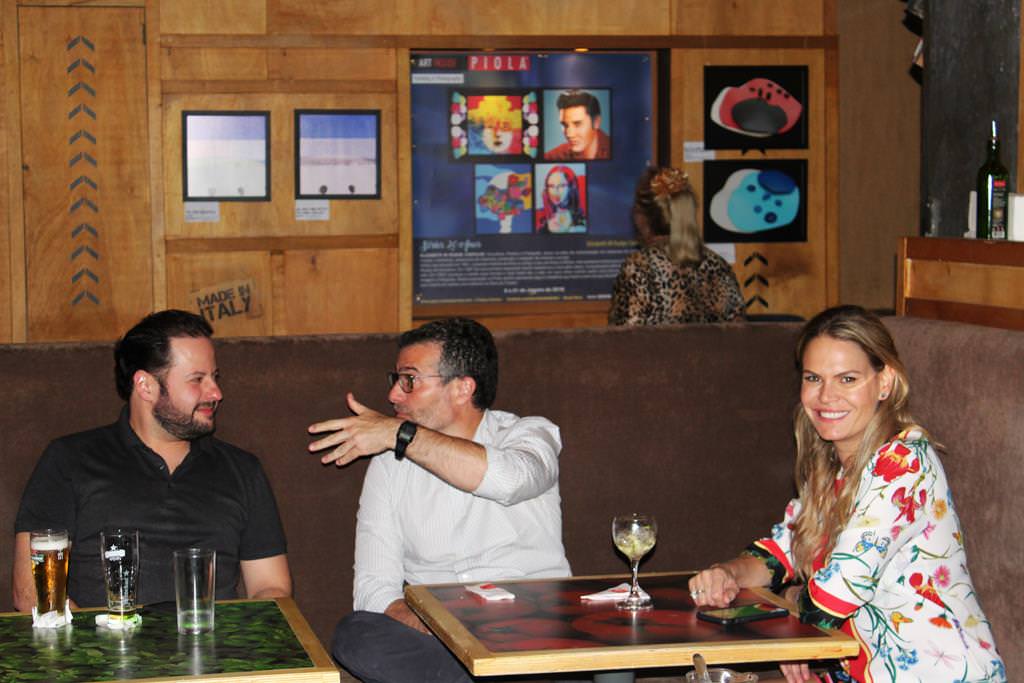 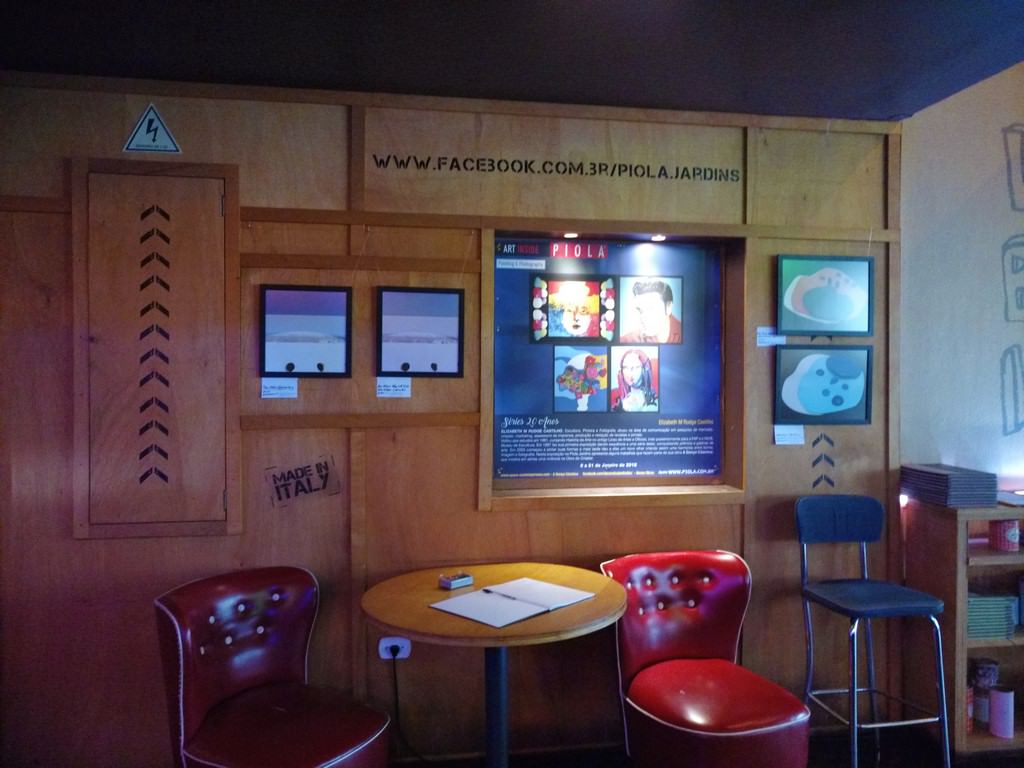 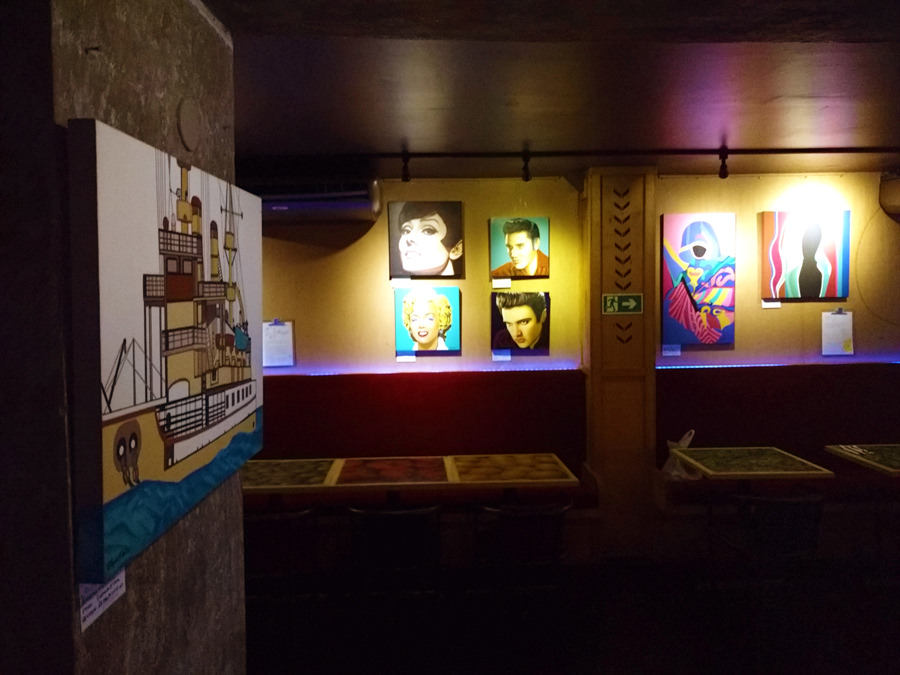 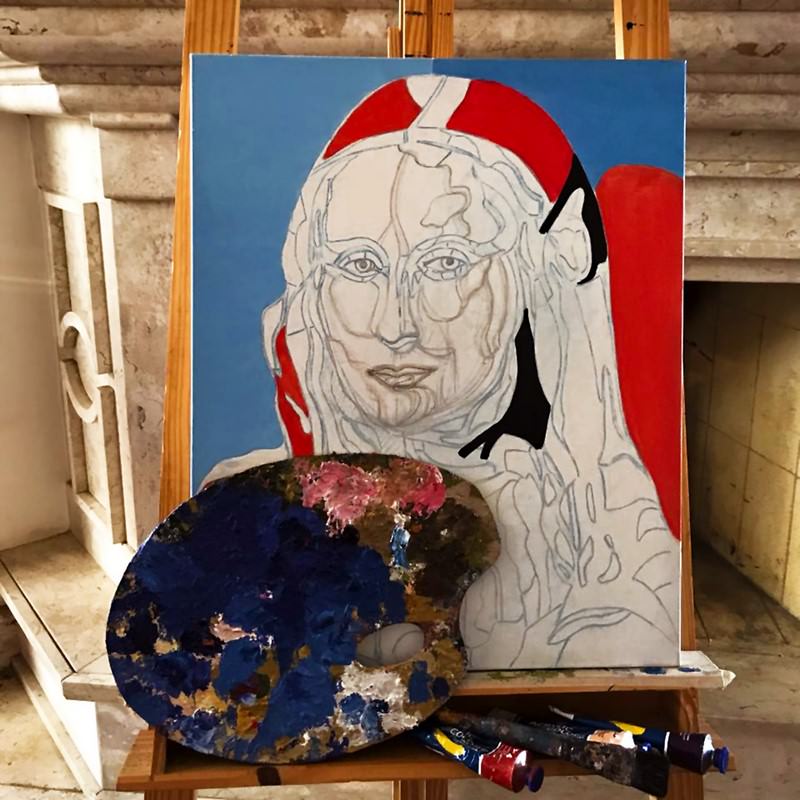 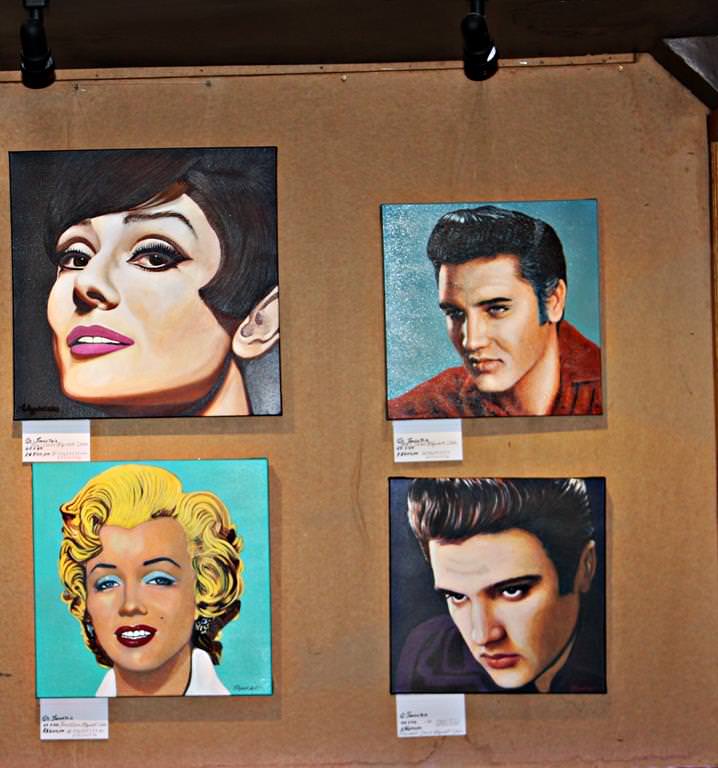 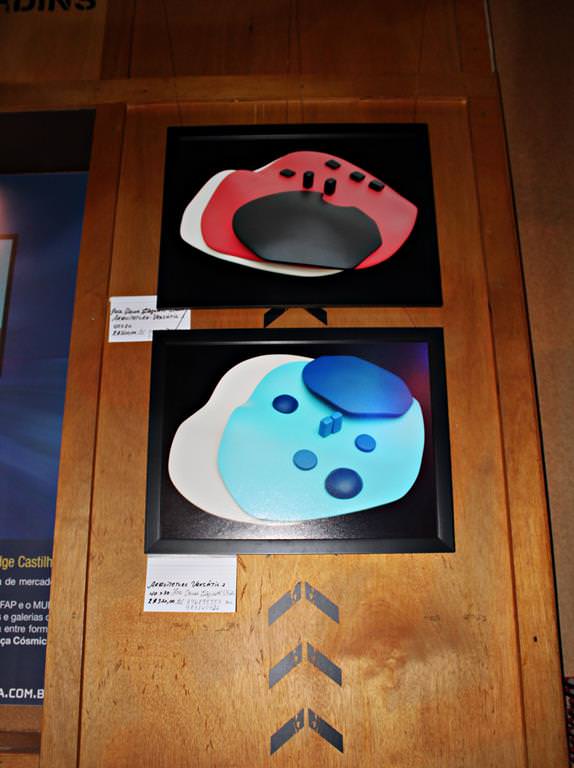 Previous: “How to decorate your House with frames” by Jessica Tan
Next: Merry Christmas and a Prosperous 2018!