The Ana Beatriz Britto and Isabela Burlamaqui Art Office presents the painting exhibition ATRAVÉS, that brings together five artists of different styles, in the Brazilian Contemporary Movement Space of 17 from July to 14 August.

The unprecedented meeting of five artists with completely different productions and from different generations highlights the common point of the importance of the phenomenon of painting.

The common concept that connects the work of these artists is permanent research. The ATRAVÉS movement intends to present significant works by each of these artists, and punctuate the poetic dialogue between his paintings.

On the other hand, the figurative works of MARIA LYNCH that deal with fantastic poetics, with a vast repertoire of references, that subverts the discourse of rationality, primacy of freedom of movement and vitality of color arouse extraordinary sensations of strangeness, pleasure, emotion forming connections and a heavenly territory. 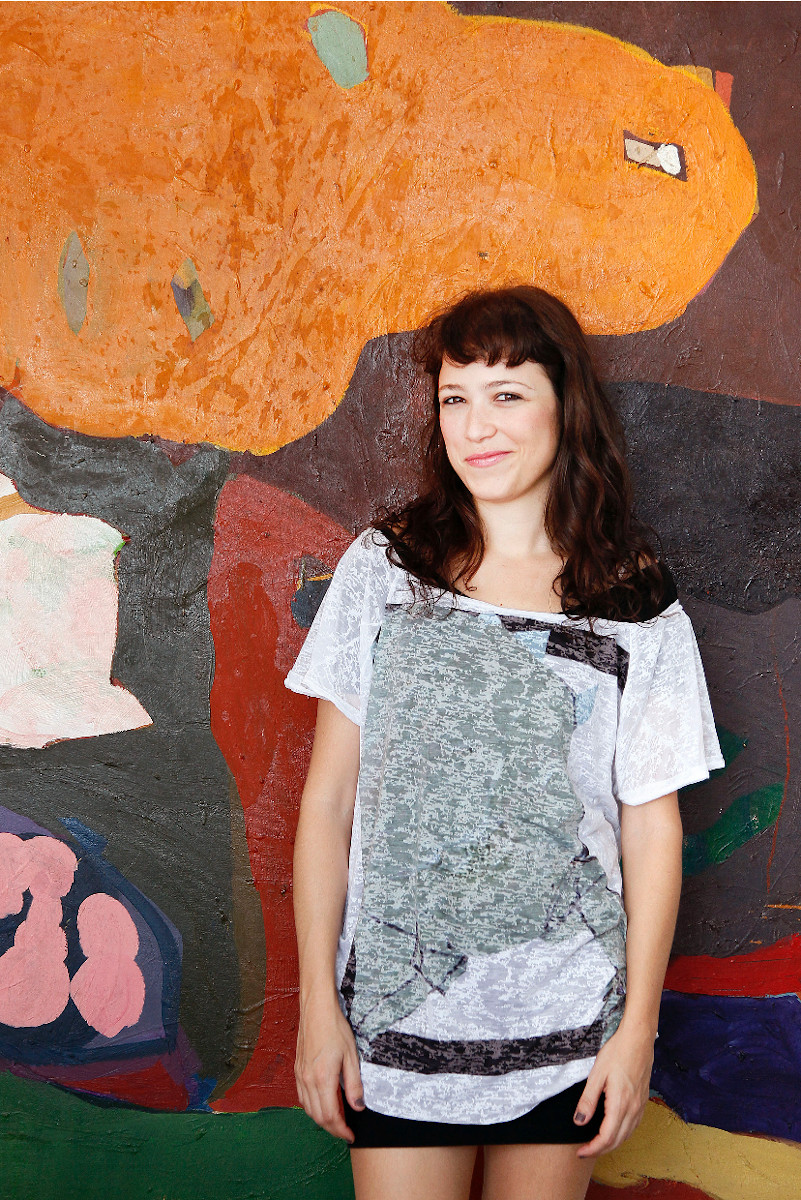 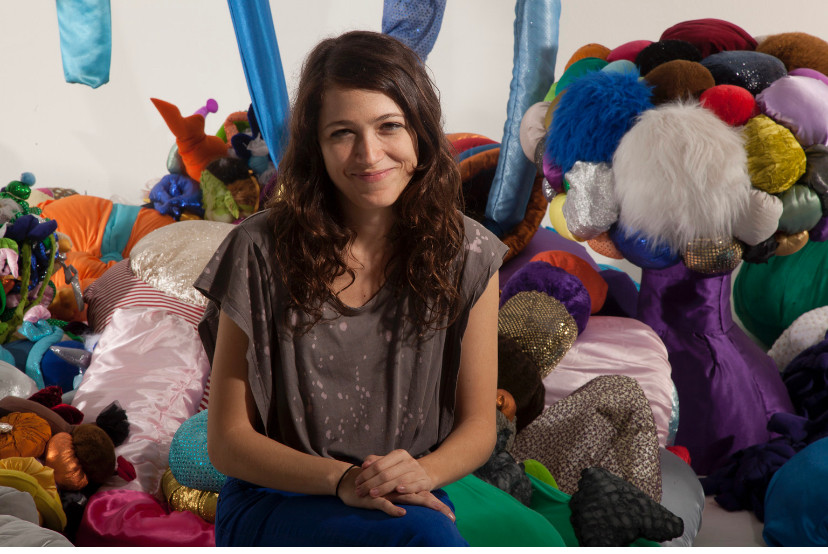 RONALDO DO REGO MACEDO explores the physical materiality of color that builds the visual field. It is the color that reacts to the proximity of other pigment variations: the sands, the pearly whites, the Blues. Ronaldo's painting has a double characteristic: the immediate data of perception, affirmative presence of what appears on the screen surface, and the physical materiality in the thick layers of paint. The color also indicates the discreet concealment of something that remains as a trail, colored line that erases its trajectory as it describes it. 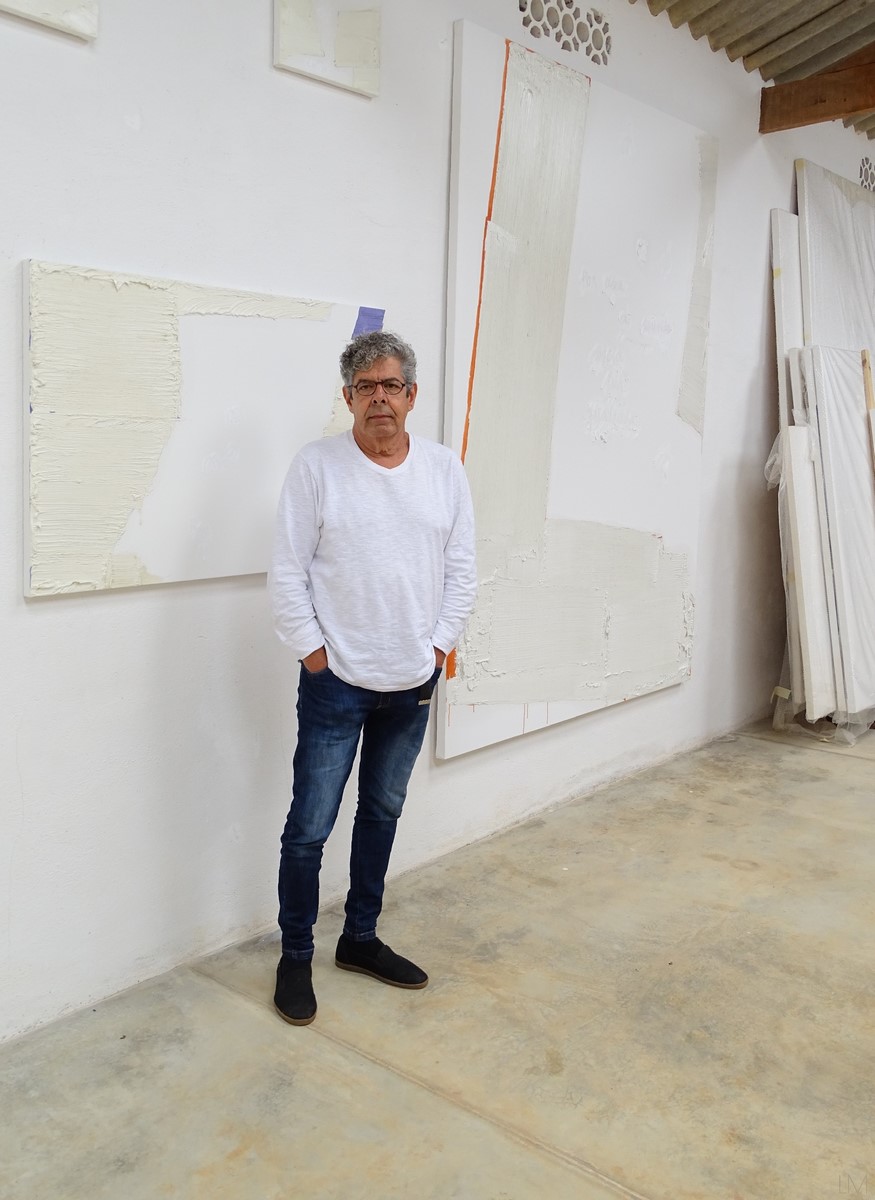 DANIEL FEINGOLD's repertoire, characteristically abstract vocation, it is composed of chromatic lines and planes that articulate and unfold on the surface of the frame plane. Vibrant colors associate and disassociate, freeing the painting from a certain pre-structure, taking the eye to scroll the screen in bounce from plane to plane. 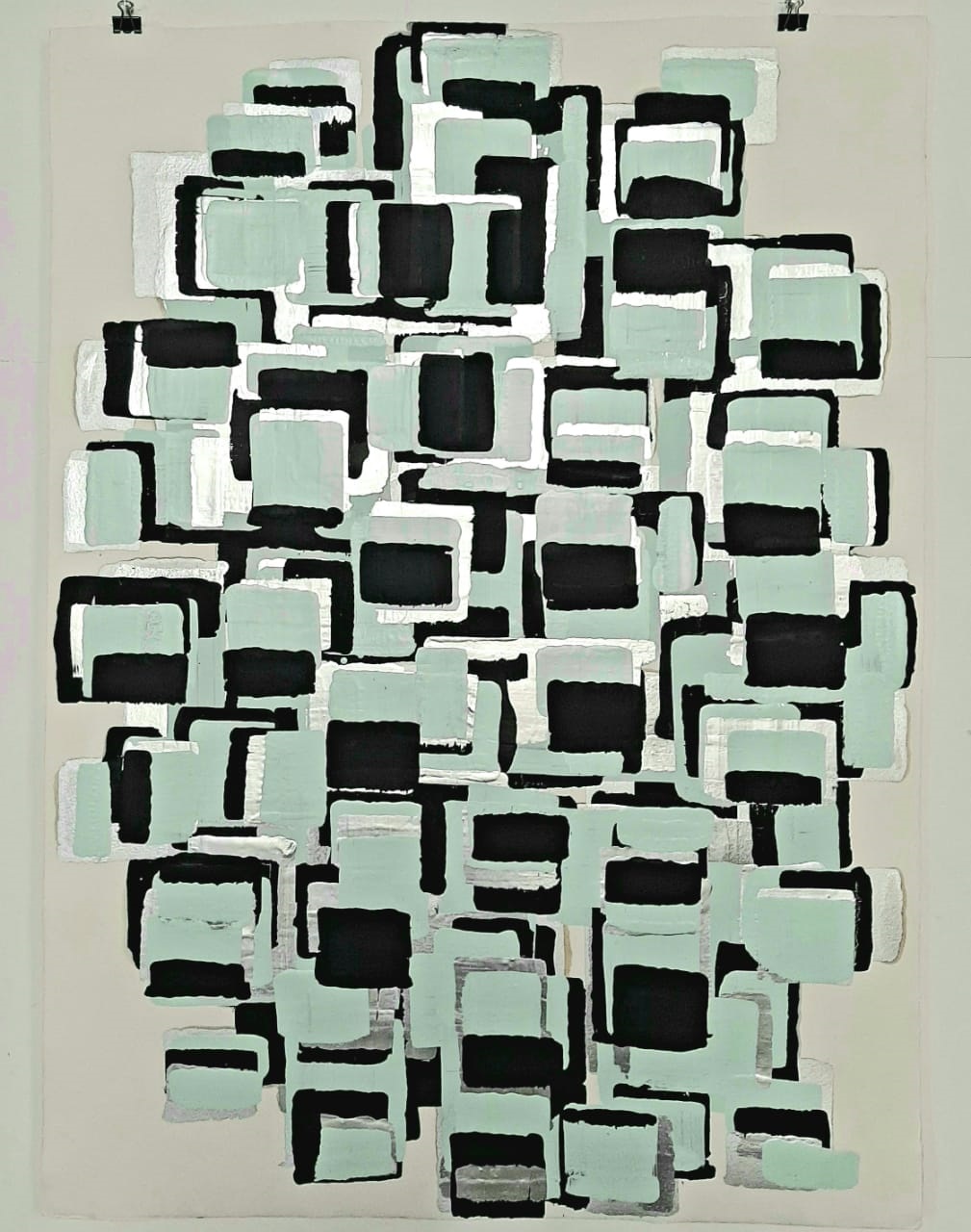 RICARDO BECKER is an artist who stands out for the multiplicity of his formalizations that denote the experimental character of his trajectory linked to sculpture, installation, photography, drawing and painting. In THROUGH, the artist presents paintings that he has developed since 2012 with the title of Diaries. Unforeseen gestures structure the works that present themselves with particular expressive force. 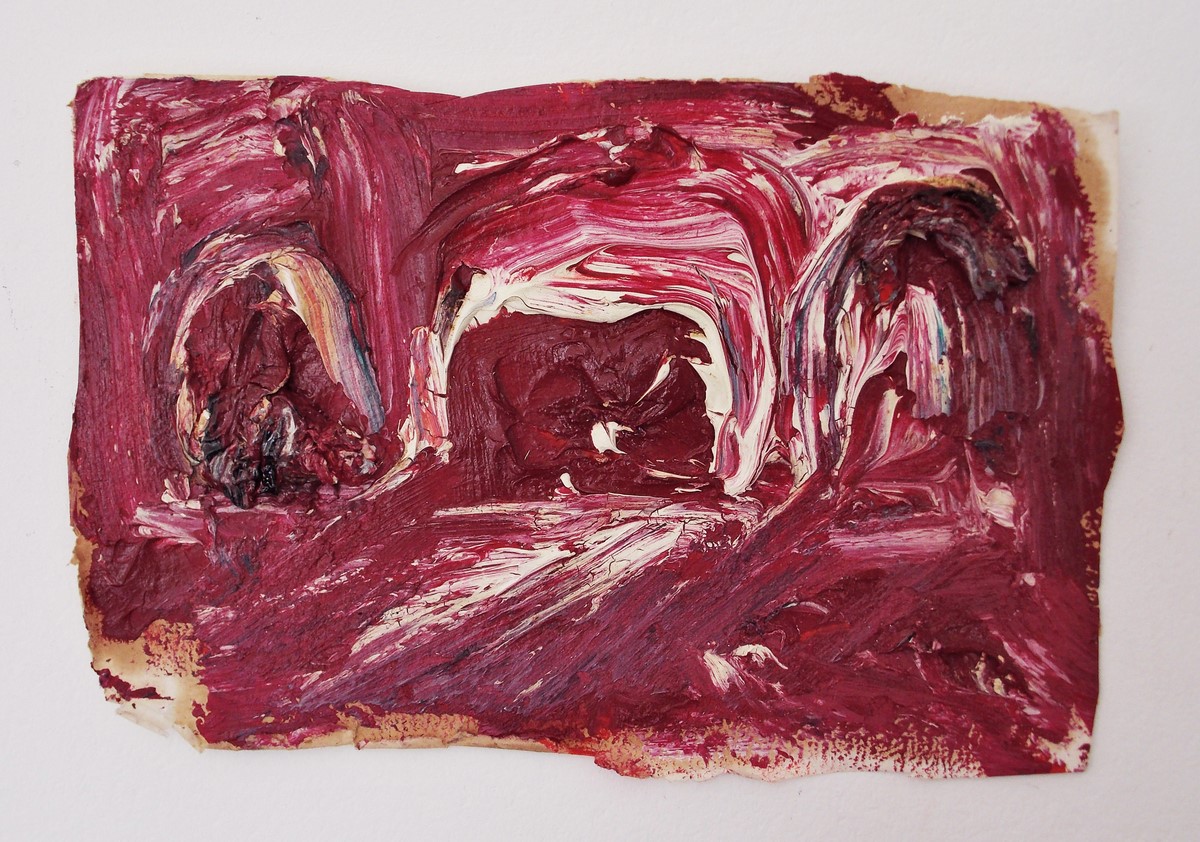 BOB N presents works that discuss the tradition of art history from the Renaissance - the tradition of landscape. Naturally, the blue color of the works refers to the horizon line – so dear to Western painting. (No) All blue. Fragments in which the artist proposes to make use of the systemic crisis intrinsic to Western civilization. At this time, nothing more pertinent than discussing such crises that call into question the exaggerated belief in current assumptions. 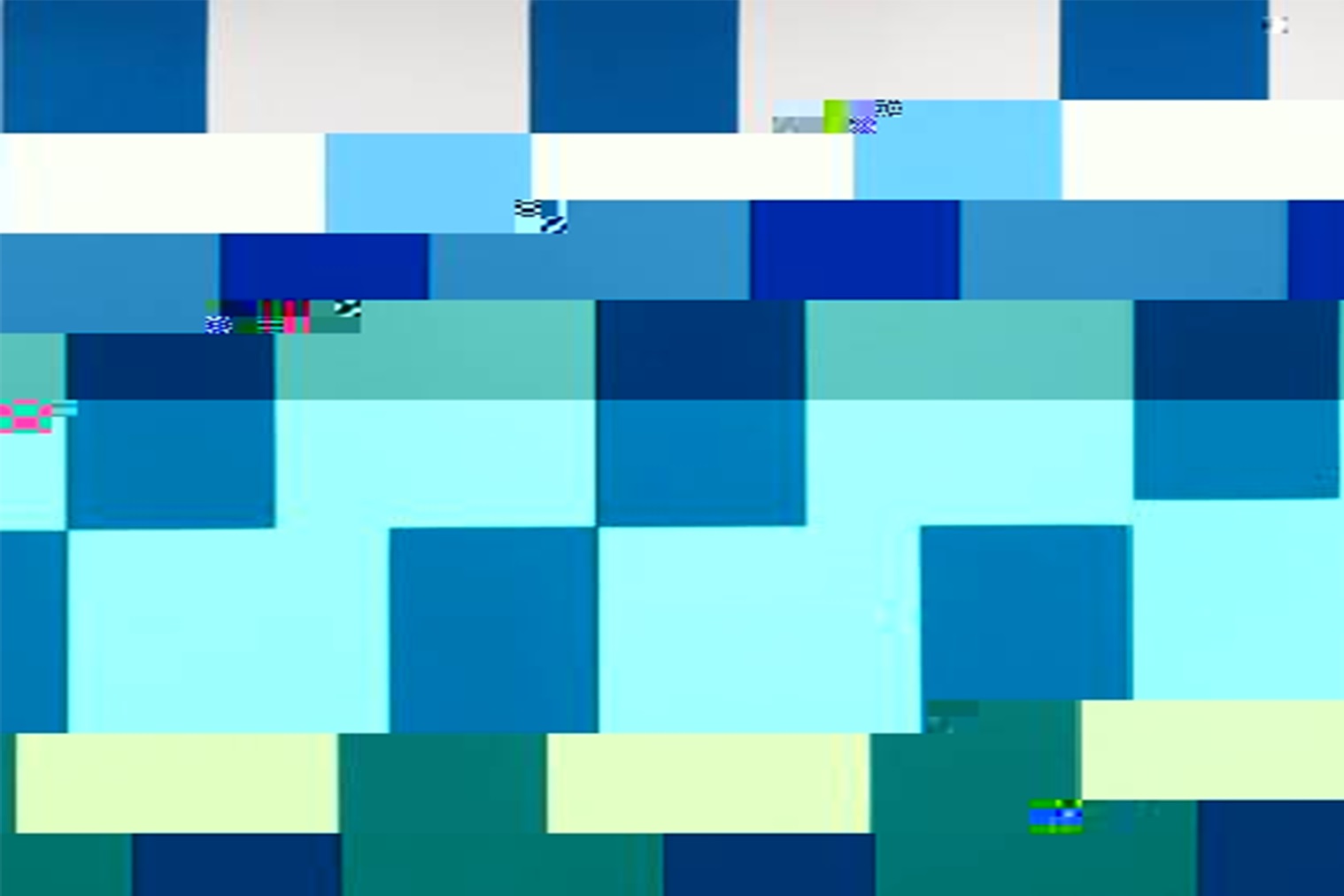 The ATRAVÉS show encourages us to reflect on an unusual experience capable, who knows, to oxygenate the art of our time.

Previous: Tips for choosing the right tile for your home
Next: One year after father's death, dancer launches show