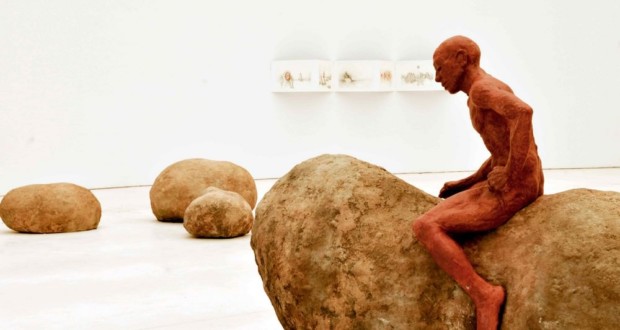 The works of the artist piauiense Demetrio Albuquerque will be exhibited from this fifth Thursday (5/4) in the Municipal Museum of art (Muma) with the show "Stone Path". The exhibition emphasizes the stone as a tool used since the origin of mankind, undergoing continuous changes both in nature and culturally. With free entry and audio description, shows the following on until 3 June in Muma, space that integrates the Cultural Gate.

At the exhibition, Demetrio evokes the thought of the Scottish scientist James Hutton (1726-1797). Considered the father of geology, Hutton theorized about the mineral world stating that there can be "the beginning of the trace and end perspective", because in nature everything changes. "The intention is to narrate this primordial artistic gesture on the stone and its transformations by nature. The need arose to do something more conceptual and, through research, I became interested by soil formation. The idea was to go back to something primitive, but uniting science at the same time”, says the artist.

The show expresses this dynamic by creating a path where each work / character causes memory and curiosity, either by formal artistic aspect or by reflection on its making and represents a balance of Demetrio career as sculptor. The works are the result of working with technical ceramics of Pernambuco, research to which the artist dedicated himself in recent years. 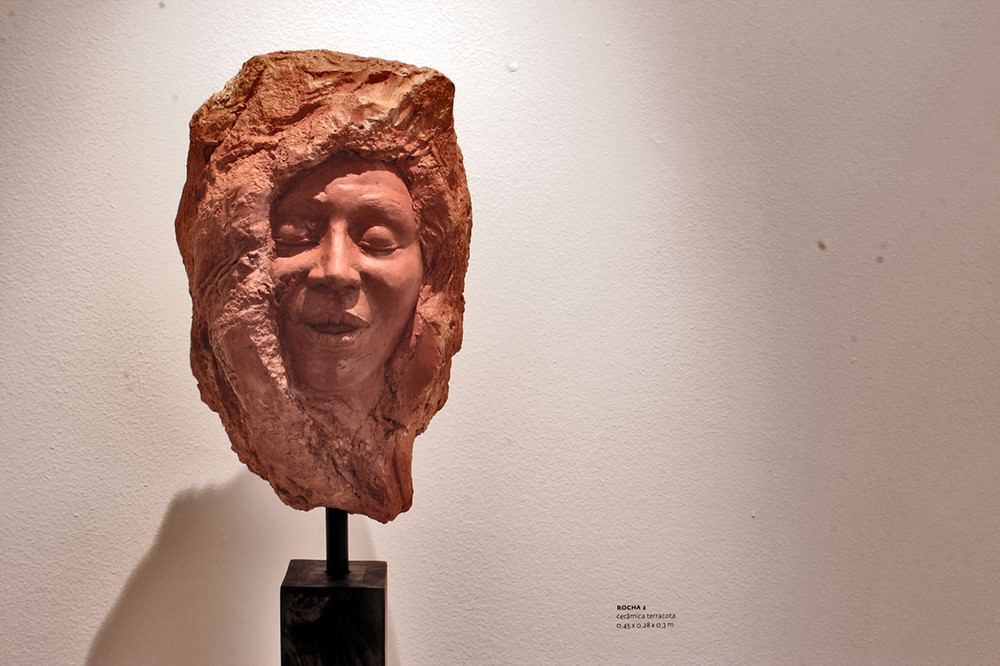 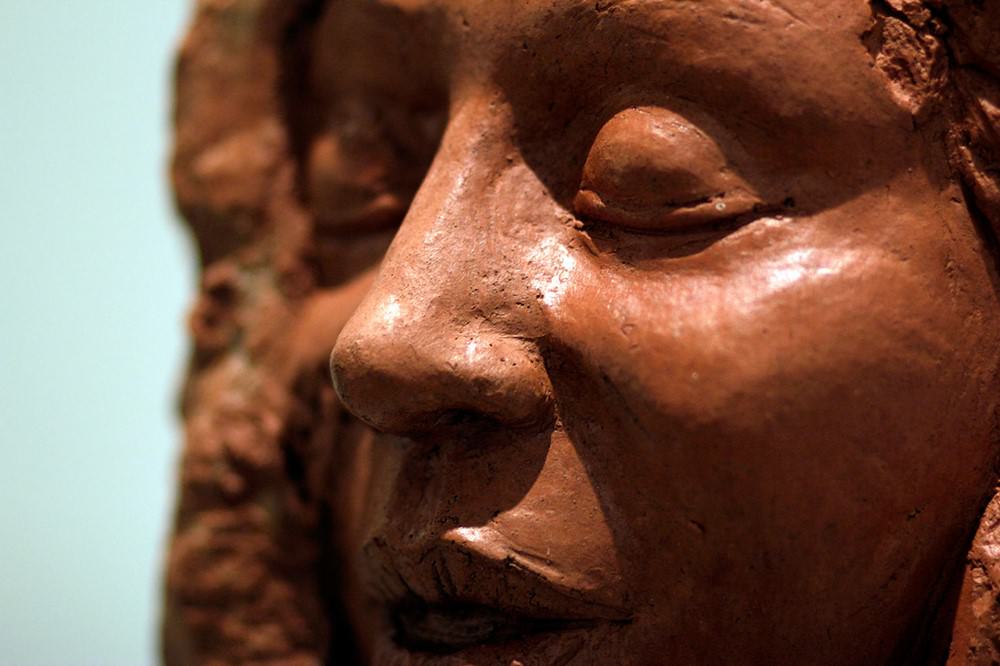 The capital of Paraná, considered a "second home" Demetrio, It is also the second to receive exposure, who has had Recife (PE). The sculptor has a deep relationship with the city. After completing his training in architecture and initiate activities as a sculptor attending workshops in Recife, Demetrio lived in Curitiba in the early 1990. Here, he made the sculpture course of the St. Lawrence Park Creativity Center, with guidance of sculptor Elvo Benito. In Curitiba, the artist John won the prize Turin (1991) acquisition in the 1st Hall of João Turin Museum, with sculptures "Migrant" and "Andalusian".

Demetrio also won the competition for the "Monument Tortura Nunca Mais", in 1987. Built in Recife, this was the first monument to honor the political prisoners killed in Brazil. After your tickets for Recife and Curitiba, the sculptor lived in Japan, where he course of ceramics (Yakimono) and held the exhibition "Karada", em Ashikaga-shi. Pernambuco returned to and settled in Olinda, starting to produce large sculptures in Northeastern cities. Some examples are "The Stone", "Caboclo Boom", "Circuit Poets of Recife", "Dom Helder" and "Monument to Augusto dos Anjos". 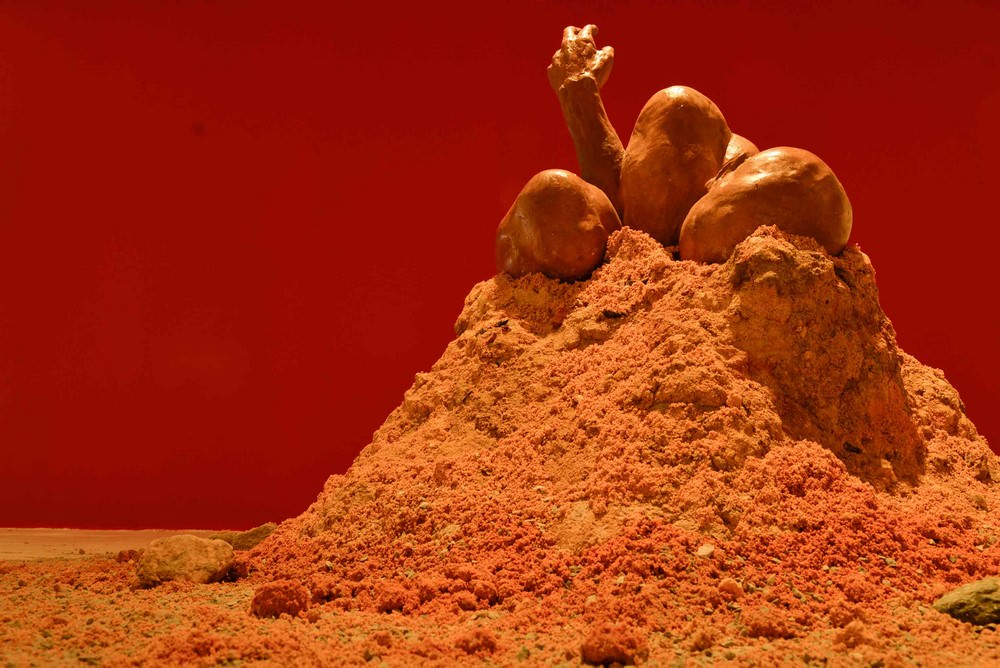 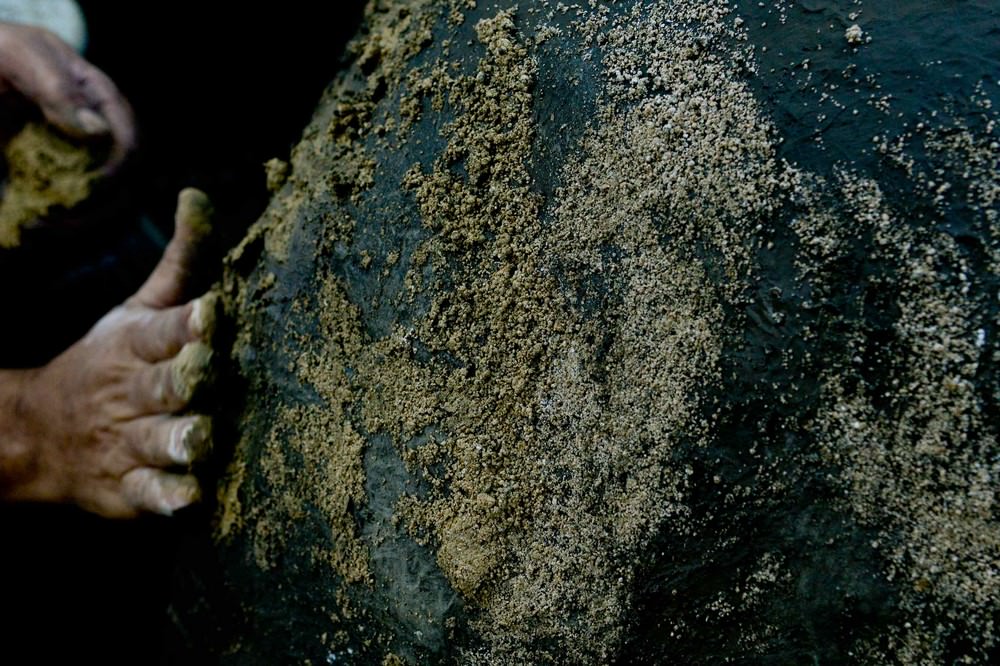 The symbolic journey of "Path of Stone" begins with the movement of minerals from the raw rock to clay alluvial, represented by the work "igneous", where you see a human face built with stone. Then, "Erosion" brings the dissolution of matter by water and wind, with a human figure rising or sinking in stone. Soon after, installation merges with stones scattered on the ground. Among them, sculpture "stony" presents a figure mounted on a stone, recalling the origin of civilization.

The second movement brings us to the artist, who experienced the first experiences with the clay in the Japanese community of potters of Ashikaga-shi. At this point, pieces of sets the "tangled" and "Ciranda" show heads of popular figures and socio-cultural situations. Continuing on groups of floats – who are like designs for monuments -, You see the Reef sculptors mark as Abelardo da Hora, Corbiniano Lins, Brennand and Jobson Figueiredo.

The sample also passes the hinterland northeastern, scenario in which there are traces of human occupation of the ancient peoples of Latin America, meeting with settlers and, later, with other population groups. From this miscegenation, appears artwork with clay and clay, theme explored by Demetrio to draw a parallel between the processing and settling of the rock alongside the man who carves.