Museum of Illusions by Rosângela Vig

seeing so much pass
I just don't watch the time.
No tortuous runner
The street is less dense.

how much more does it pass
In all senses
time is distracted
Or goes off, slept.

After I don't know how much
linger me in your vacuum,
Looks like the clock
ran early.

But that he was right
soon after i find out:
time made him walk
how did everything walk.

The illusory and the field of sensations are the paths of the soul; make the journey of material experiences lighter; and bring out intense emotions. Allowing yourself to be carried away by such enraptures is like giving a treat to the spirit, allowing the mind to roam free, drop, in ecstasy. Such enchantment drives the intellect back to childhood and the world can become a giant game. These are the paths where the Art, a Grande Arte. Through it travels the distracted gaze of the observer and finds its own paths to walk.

These deep sensations are engendered by the grandiose Art, the one that makes the look search for more angles and more colors, amidst forms and meanings. And it may be that the eye is lost in the face of a thorough investigation.

This is how the Museum of Illusions works, inciting intelligence, intriguing and amusing. The intellect can be impressed by uncertainties, by illusory mistakes and yet he is seduced to seek more. challenged, intelligence acts insightful and inquisitive.

For the first time in Latin America, the Museum of Illusions chose the city of São Paulo for a visit with 80 delicious, provocative and intriguing experiences to the intellect and logic. With more than 1200 meters divided into 12 environments, the movement of people has pre-determined times, does not compromise the distance, nor the health protocols and allows a pleasant stay of approximately one hour with a guarantee of intense sensations to the mind.

Until the end of February, people will be able to enjoy challenges to their intelligence passing through the fields of sensations with works like going through a colorful tunnel, as if the colors were crashing down on the ceiling (Fig. 1). The sense of what is big and small is altered when the mind perceives exaggerations in sizes. The sense of perspective changes and it may be that people do not appear to be the same sizes when standing side by side on furniture of different sizes. (Figures 2 and 3). The impression one can have of depth is confused when the drawing on the ground does not correspond to what is studied in perspective and Vanishing Point (Fig. 4). In this image, the sinuous lines of the checkered floor and the shadow accentuate the misperception of what the floor actually looks like.. Remembering a Drawing Class, this and so many other works allow a journey to the impossible. 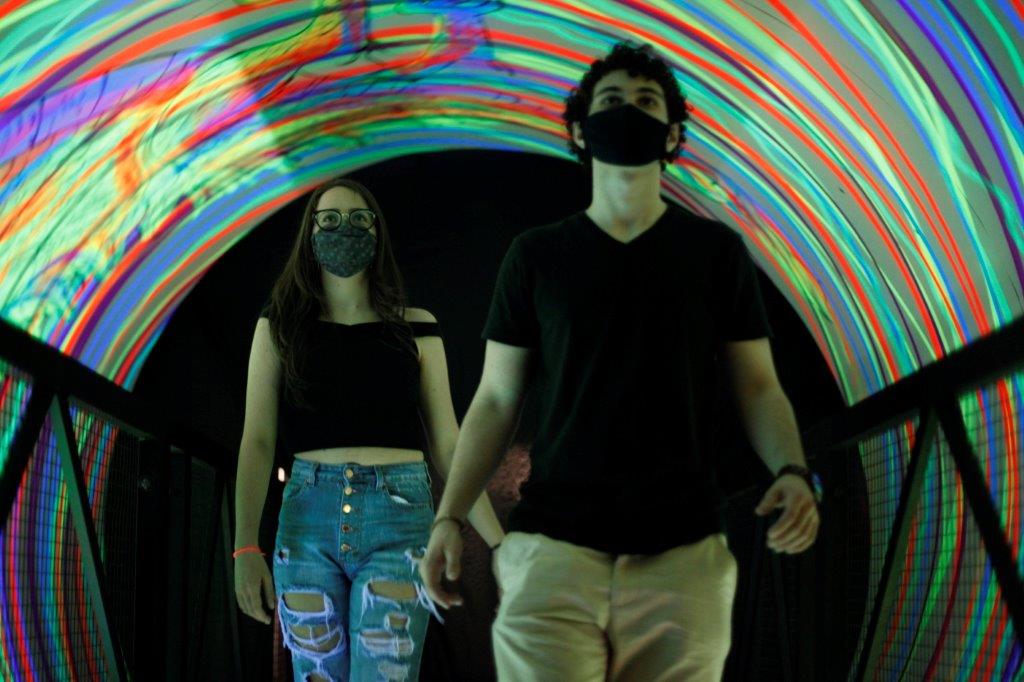 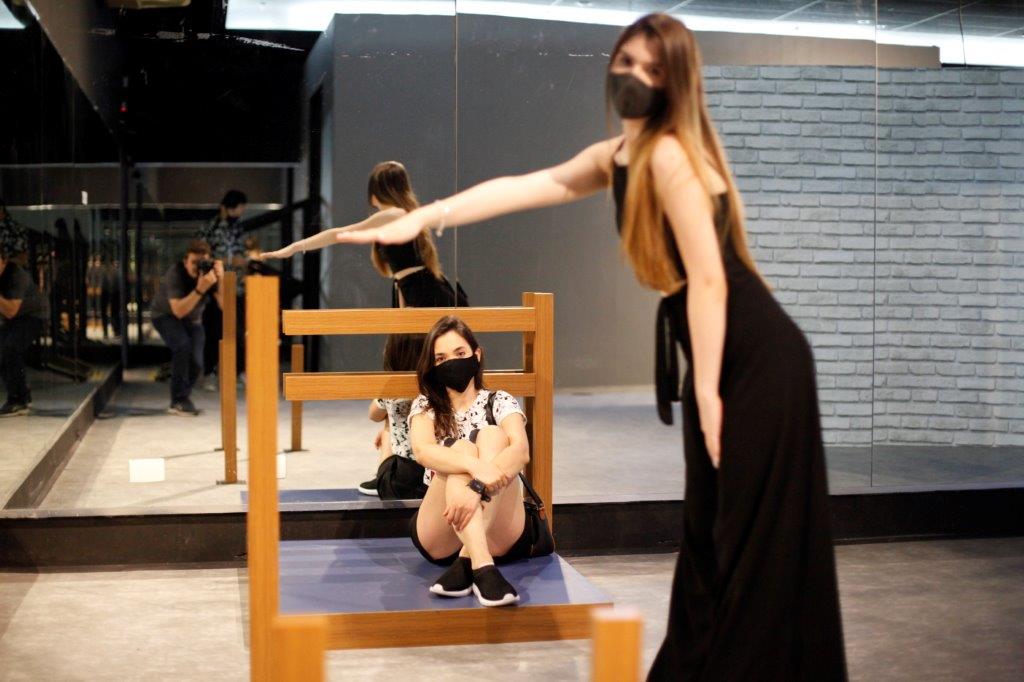 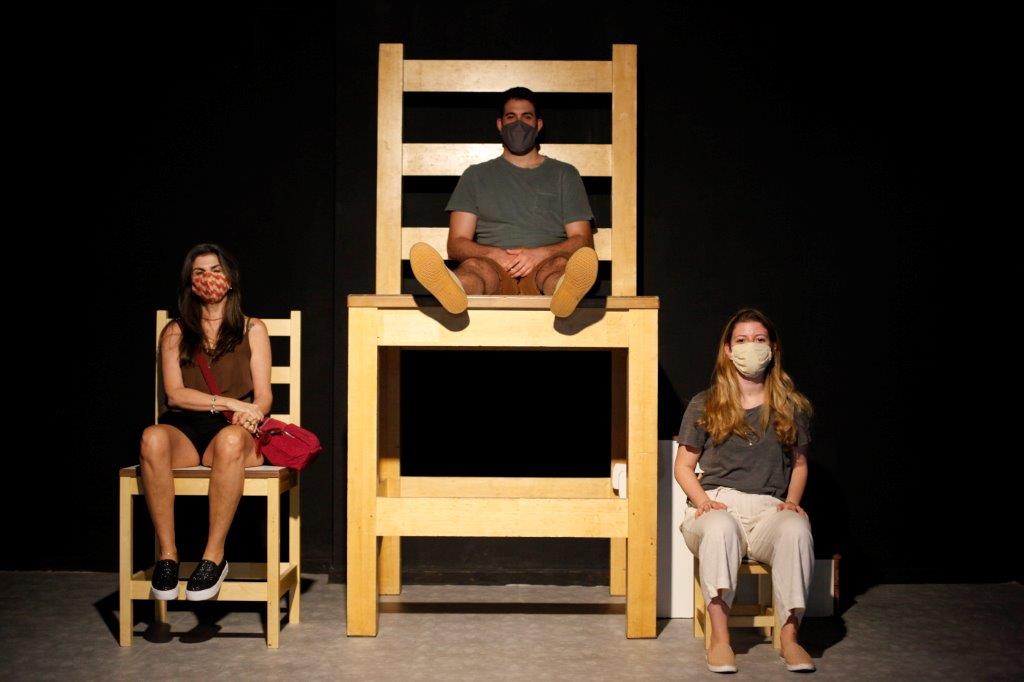 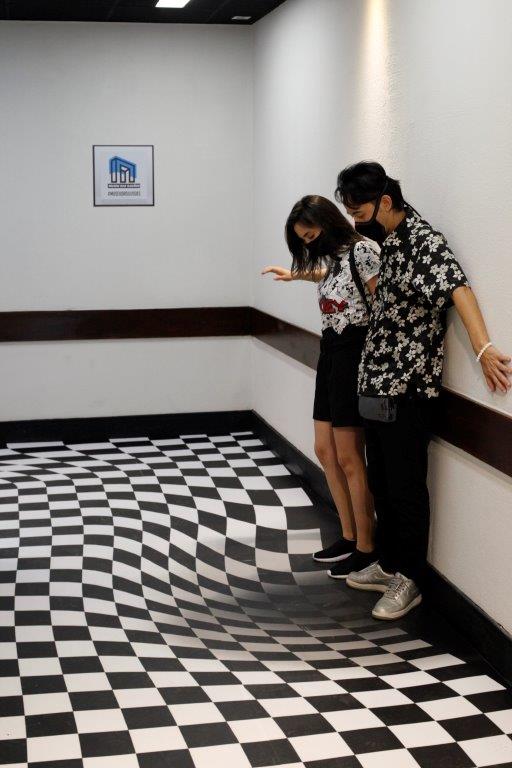 Fig. 4 – Playing with the feeling of depth. Photo: São Paulo Museum of Illusions. 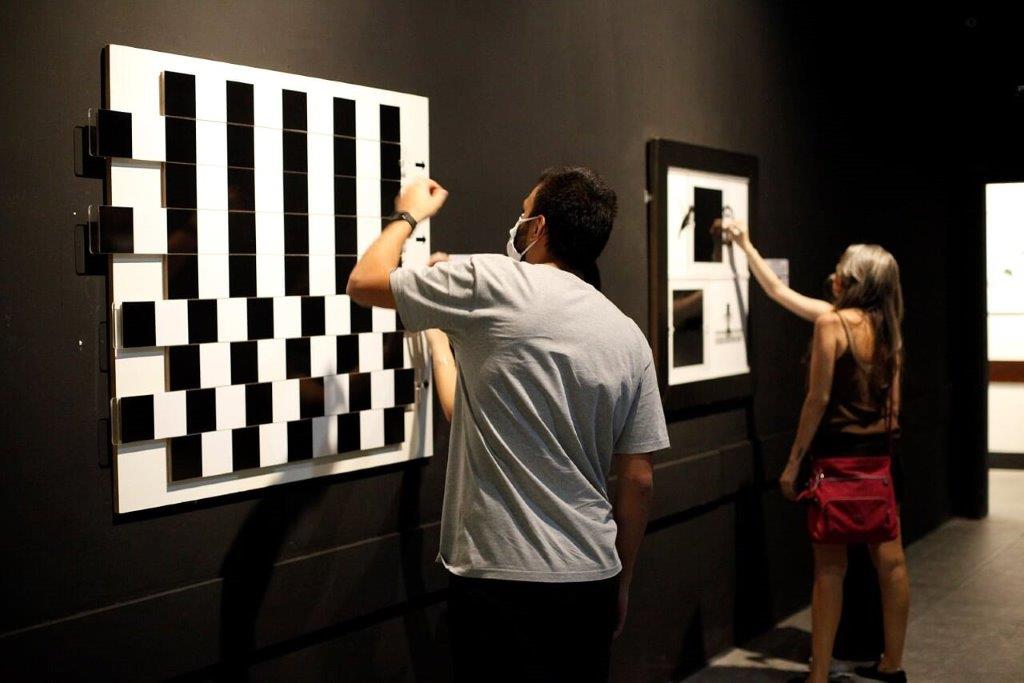 Fig. 5 – Playing with the feeling of depth. Photo: São Paulo Museum of Illusions. 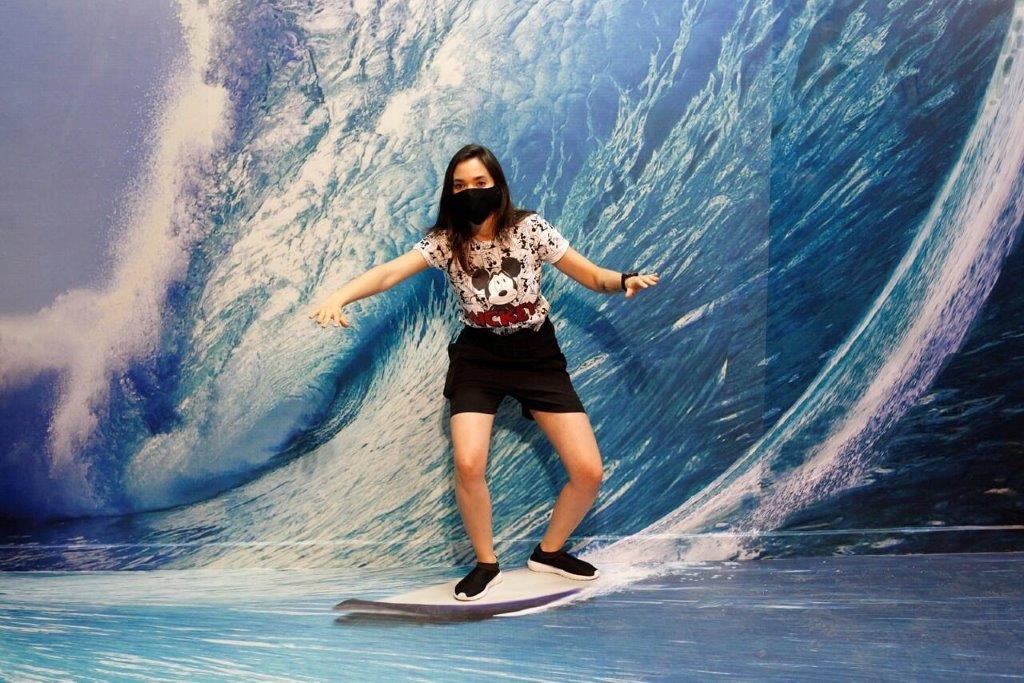 A exhibition of the Museum translates into a giant play with the mind. It's as if it's possible to be inside each scene, being part of it, changing its conceptions of space and perspective, rebuilding what is known as the pattern. like a giant hobby, the museum is a toy for adults and children avid for challenge and imagination.

Children 12 years old can only enter accompanied by their parents or adults responsible for them..

The Museum of Illusions São Paulo is at Shopping Eldorado, 3° Floor – Next to the Food Court.
Av. Raheem, 3970 – Pinheiros neighborhood, São Paulo/SP.