opening event will pocket show of Teresa Cristina and presentation of the project Turns To Rotate: a celebration tO Tincoãs, with special guest musician Matthew Hallelujah

The Rio Art Museum - MAR opens on 25 de Mayo, with a great free event, its main exhibition 2019: "Rio dos Navegantes". The show brings a transversal approach to the history of Rio de Janeiro as the port city, from the point of view of several people, mariners and immigrants since the sixteenth century passed, They landed and lived here. "Rio Dos Navegantes" fully occupy the third floor of the exhibition hall and meeting room, located on the ground, by March 2020. Cultural director of SEA, Evandro Salles, It is the creator and curator and coordinator Francisco Carlos Teixeira, historical consultant. Also sign the curatorial and research Fernanda Terra, Marcelo Campos and Pollyanna Quintella.

Among the curator of the highlights is a rare rug made by the Manufacture of Gobelins - a complex of workshops dedicated to the production of tapestries and furniture in France in the sixteenth century. Also promises to draw public attention a panel of five meters, painted on wood by artist Carybé and belonging to the collection of Inga Museum. Another feature is the original design Helium Eichbauer which was transformed into a panel fitting part in the emblematic King Candle, in 1967, and later turned album cover The Stranger, Caetano Veloso.

To enlarge the journey through the history of the Port of Rio and its consequences, the museum has partnered with 37 public and private institutions, who gave work to the exhibition. The National Museum, destroyed by fire in 2018, turn it 15 pieces of various collections of didactic museum section, like shells, coral, lithic artifacts, and jars that have biodiversity Guanabara Bay. Another highlight is the video installation by South African Mohau Modisakeng, displayed at the Venice Biennale 2017. The work simulates boats with submerged figures and deals with the break-up of African identity for slavery, that promoted violent erasure of personal stories.

"Rio dos Navegantes" is not limited to traditional exhibition spaces. In the ramp leading the visitor to the pavilion, for example, the public will have ambientando on display through one of the five commissioned works by SEA. voices, conversations and ambient sounds of the Port Region have been compiled by Rio de Janeiro artist Florian Roman at work "The Sound of Porto", which gives the size of the diversity in the region. Four more papers were developed by artists Aline Motta, Carlos Adriano, Katia Maciel, Regina de Paula and Wilton Montenegro especially for "Rio dos Navegantes". The show also gives voice to famous and anonymous characters of the region, as Arthur Bispo do Rosário, João Cândido, Polish Berta, Esther e Rachel, the Sea Dragon, Arab traders market popular Sahara, among others, who will have their lives narrated by works and documents of the time. 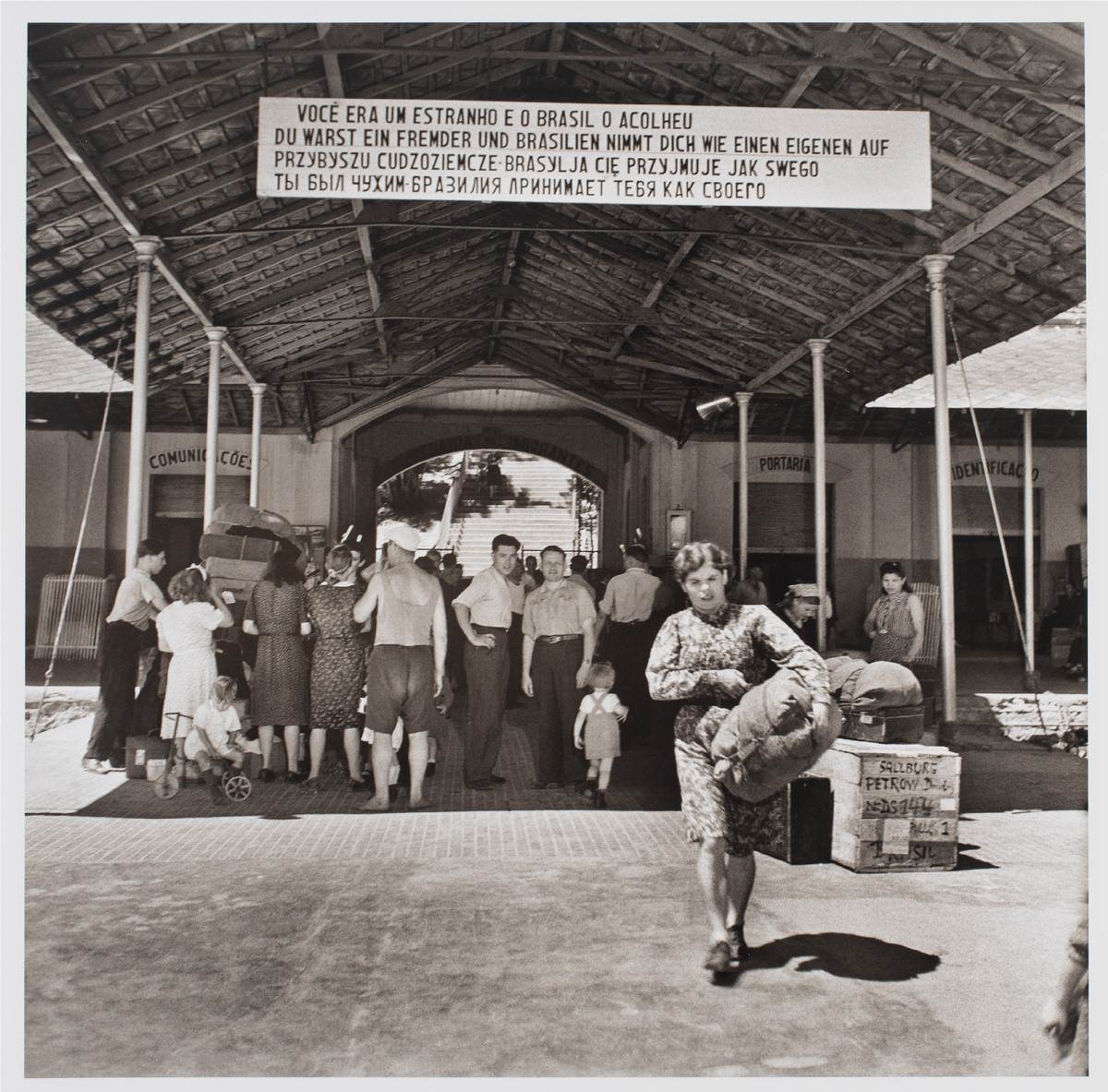 The exhibition invites the public to reflect on the ways of life that formed the Rio de Janeiro, the relationship between locals and visitors, miscegenation, forms of use and democratization of public space, and geographical conflicts, linguistic, cultural, economic and political that are present in the city since the sixteenth century. Documents and rare images show enslaved indigenous building the Arcos da Lapa, highlight the problems of River floods since the sixteenth century and question the myth of democratic beach, highlighting social tensions in the public space and the suburban beaches, as Cashew, Ramos, Sepetiba and Ilha do Governador.

On 25 also it will open the first immersive space SEA, in order to offer visitors a sensory experience. The premiere installation, FLOW, It was developed by a multidisciplinary team led by creative director Liana Brazil, da SuperUber. The room located on the first floor of the exhibition hall is a bet on the direction of the museum, through its executive director, Eleonora Santa Rosa, and is part of a new institution working core.

FLOW is an immersive experience that explores the continuous movement, fluid, spontaneous. Upon entering the dark room, the visitor will find that your footprints create traces that connect to a core where images and sounds inspired by the exuberant nature of Rio de Janeiro come from all sides. Constellations, waters, storms and ancestral paths are projected on screens that surround the audience and transport it to a space-time other, out of history, free starts-means-ends.

"This project is an experiment created from conversations with youth groups convened by the museum, to attract new audiences. It has a poetic dimension, epiphanic and sensory, which brings, at its core, this idea of ​​flow it creates connections and moves through a continuous movement ", explains Eleonora Santa Rosa. Liana Brazil Full: "This kind of art is increasingly present in the world's museums and the inauguration of this facility, MAR wave enters the art interdisciplinary ", notes.

Entrance: Free visitation 25 of May to 25 of June.

Opening time: on Tuesdays the SEA works with extended hours until 19h. Wednesday to Sunday, das 10h às 17h. On Mondays the museum closes to the public. For more info, contact by phone (55) 21 3031-2741 or visit www.museudeartedorio.org.br.

*On Saturday, 25 de Mayo, the museum will work on special schedule, the 4:00 pm to 9:00 pm, due to the opening of the exhibition and immersive room.

Previous: Launch of the year: 'A Consideration' is a thriller breathtaking
Next: Baro GALLERY RECEIVES PROJECT "(IN) cluir "