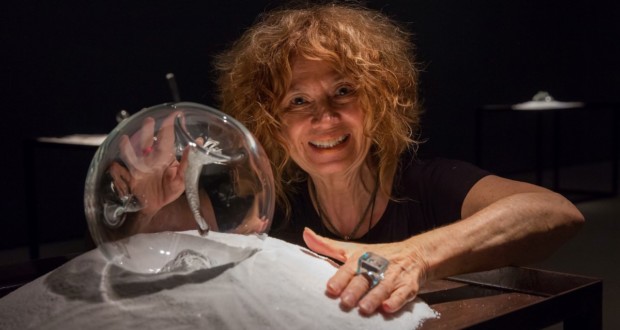 The National Museum of Fine Arts / MNBA inaugurated on 17 de Mayo, Friday, to 18 hours, the solo exhibition "Diary of Smells: affection ", Brazilian artist, based in New York, Josely Carvalho. The show is part of the accessibility project and inclusion of new public entitled "See and Feel", bringing the audience to visual installation, olfactory and tactile "Affectio", displayed in different museum spaces.

It is part of the exhibition, yet, sculpture "Marielle Franco", in honor of the city council of the city of Rio de Janeiro, who was brutally murdered in 2018. The curator is signed by Daniel Barreto da Silva, Rossano Antenuzzi and Simone Bibian.

Unusual in the panorama of the arts, often guided by visuality, the stimulation of the olfactory system is the master key to the poetics of Josely Carvalho, artist who has developed a work whose mother is creating sensory images from imprisonment and dispersion of conceptual smells that the artist has been performing since 2010. Mindful of the political and social reality, Josely weaves critical comments on contemporary.

The installation "Affectio" is constructed by six corten steel tables with olfactory amphorae made in blown glass, technique the artist embraced since 2016 and continues to develop in the Urban Glass Studios, in New York. Each pitcher gets the smell name created by Josely with support from Givaudan Brazil and the company Ananse. Are they: "Chili", "Tears", "Barricade", “Anoxia”, "Dust" and "Lady of the Night". This last, However, gains a special room in the MNBA, the carmine color tone, According to the artist, refers to the sensitivity, the female power and strength, understood here as a possible option for conflict mediation. 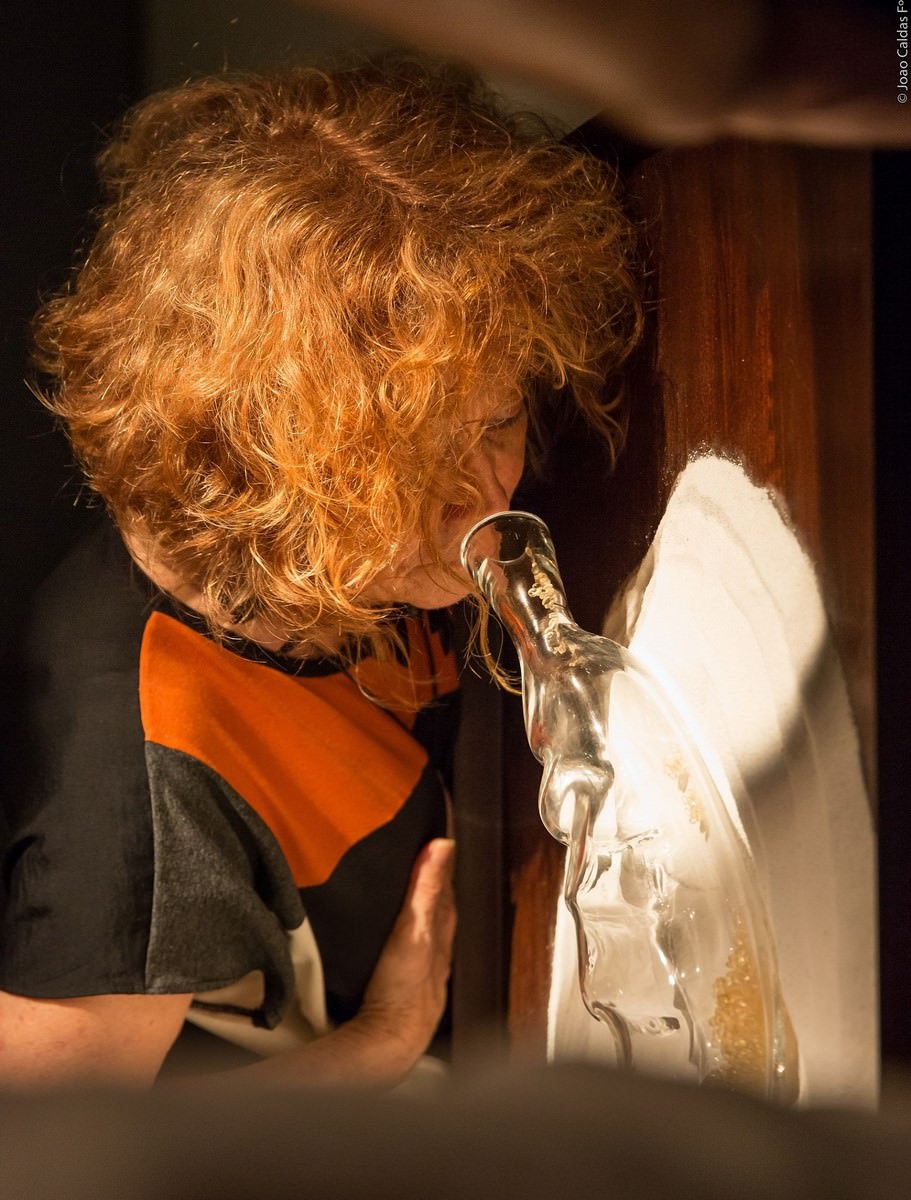 This facility is a critical review of broad spectrum, who praises the ability to prevent and to recover social and political weather from resistance actions contradictions and everyday social and institutional violence, According to the artist.

A shows the MNBA is a development of "Glass Ceiling: Resilience", that was shown last year at the Museum of Contemporary Art - MAC USP and competes, from other five projects, ao The Art and Olfaction Awards 2019, international award that celebrates and rewards experimental and independent artists and performers.

Today in the MNBA, its design provides a dialogue with the history of the collection creating a visit through the nose. An unprecedented experience that sharpens the olfactory ability of each. A map of the various locations where the works are located leads the visitor as a treasure hunt.

Brazilian artist. Lives and works in New York and Rio de Janeiro. produces paintings, sculptures and artists' books, engraving, video, sound, facilities and, since 2009, also dedicated to the production of conceptual smells. Its facilities incorporate a variety of technologies and techniques in the construction of digital and physical environments, while his work "web concept" (www.bookofroofs.com) usa as, text and images in a virtual environment, narrating perspectives on the concept of shelter. One of the artists invited to participate in the international exhibition "Radical Women - Latin American Art 1960-1985", organized by the Hammer Museum, Los Angeles (USA). He has exhibited his work in institutions like the Brooklyn Museum, MoMA, MASP, MAC USP, Museo del Barrio (NYC), Casa de las Américas (Havana, Cuba), Museo de Bellas Artes (Caracas, Venezuela), e Pinacoteca de São Paulo, among others.