The band led by one of the greatest composers of his generation, anticipates new songs that are in the process of recording

NO ENTRE GIGANTES is the attraction of Fine mixture of this Thursday, day 17 of June, from 18h30min, with Mistura Fina broadcast on Facebook (Check out the "Service"). With more than 40 years of career and awards at various festivals, Naddo Pontes is considered one of the greatest composers of his generation.

The band will bring to the public of Mistura Fina new songs that are in the process of recording at Estúdio Dreher for the new album, in which two singles are already on social media. The ‘Fully Author show will remember, also, songs from the first album (2014). The group is composed by Naddo Pontes (compositions, vocals, keyboard and ukulele), Rodrigo Ruivo (bass and backings), Marcelo Masina (battery) and will feature Luciano Garofalo on guitar and acoustic guitar. 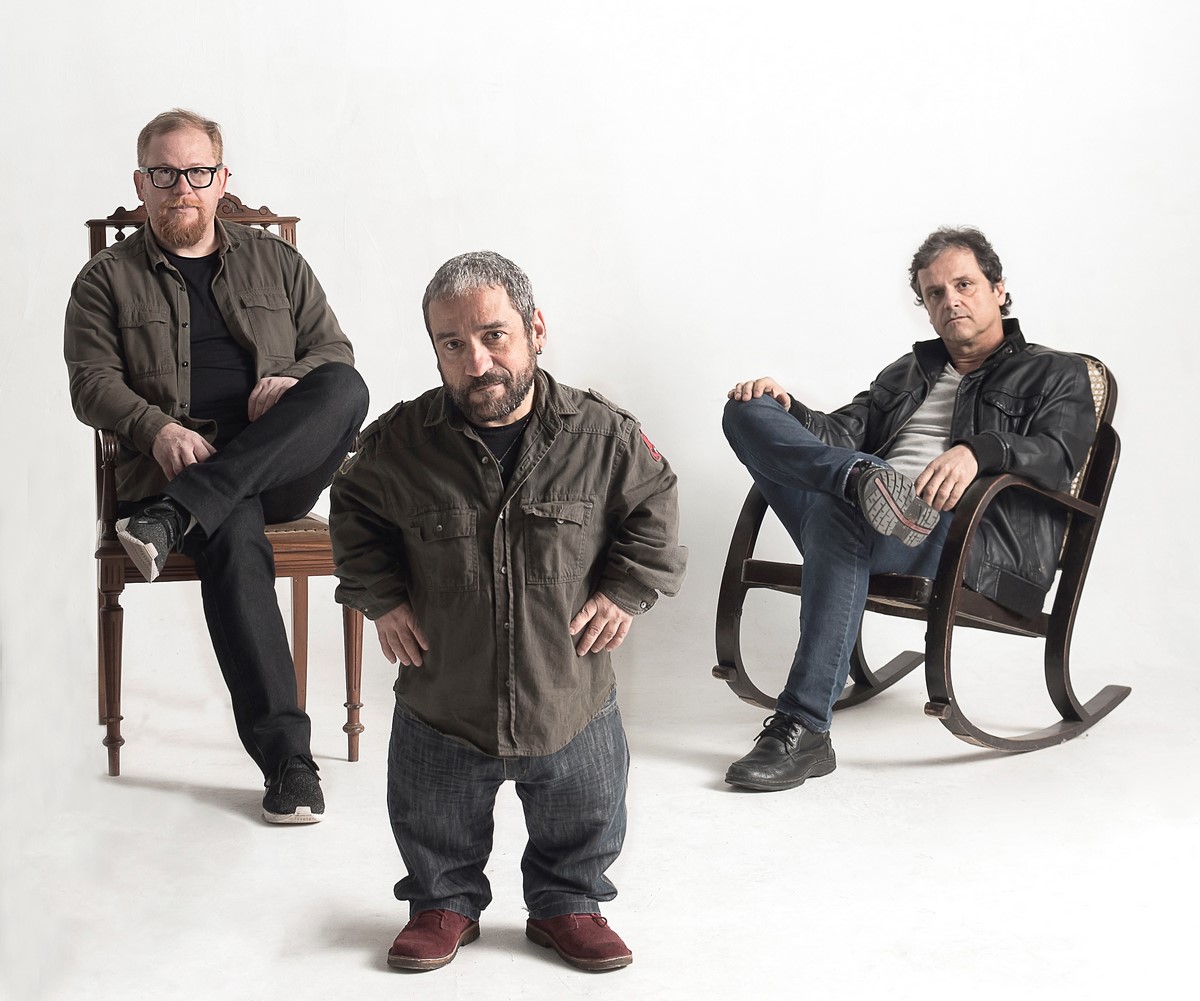 No Pontes, forward, one of the giants of your generation. Photo: Renata Stoduto.

To meet the band NADDO ENTRE GIGANTES, formed on 2004 still named 'Melomaniacs', we have to mention Naddo Pontes – The giant, which has its immense charisma and expression distributed in its 1m15cm height. Naddo signs the band's compositions and leads the singing of the Giants. the band counts, also, with Luciano Garofalo (guitar Guitar), Rodrigo Ruivo (low) and Marcelo Masina (battery), who add their talents and sign the band's giant “kitchen”.

The band's first album was released in November/2014, at the Bruno Kiefer Theater of the Mário Quintana Culture House, in Porto Alegre/RS, and counts on 10 tracks that according to Marcelo Fruet, producer of the album “…wake up with every note, every word, each song a world of feelings, sensations of immediate and straightforward identification with MPB influences, do rock e do pop”. still adds, when meeting Naddo Pontes: – "Right now, I realized that that being of approximately one meter was one of the greatest artists that had ever crossed in front of me…”.

In 2015 Naddo Pontes was nominated for Best Composer at the highest award in Rio Grande do Sul, the Azorean Music Award, in the Pop Genre Composer category. Naddo Pontes was also the winner of Festivals like Feec (1981), 'Manara' Festival(2003), Gravesend Festival (2005), rated songs for the ‘Porto Alegre’ Festival (2009) and Gramado Festival (2016). In this year of 2021 is completing 41 years on the road in music.

Previous: And all truth will be revealed: meet Sandro Sabag's debut book
Next: Park's House of Culture starts a new exhibition cycle