Home / Art / This Friday, Films made by Women are the highlights of Reserva Imovision 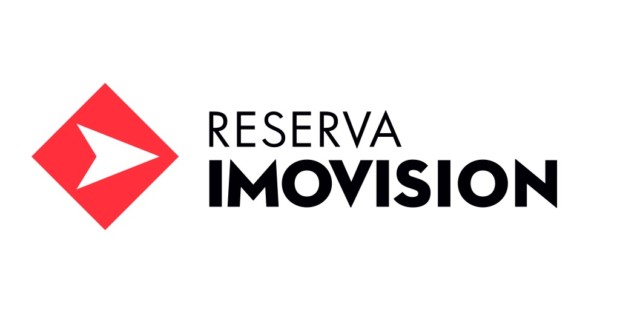 This Friday, Films made by Women are the highlights of Reserva Imovision

FILMS MADE BY WOMEN ARE THE HIGHLIGHT IN THE IMOVISION RESERVE

In the week that Chloé Zhao became the second woman to win an Oscar for directing, the platform debuts three feature films directed by women

Every Friday, to IMOVISION BOOKING includes new productions on the platform, grouped by topic

In addition to these, to IMOVISION BOOKING have in your catalog 50 productions of directors like Claire Denis, Nadine Labaki, Céline Sciamma, Liv Ullman and Lúcia Murat, in category THE DIRECTION IS THEY

São Paulo, 26 April 2021 - Delayed, but it finally happened. For the second time in its history, the Hollywood Academy of Motion Picture Arts and Sciences awarded a woman an Oscar for directing: a chinesa Chloé Zhao, by “Nomadland”. Since the Time’s Up movement started, the pressure has been great to increase the number of films directed by women, and not only in Hollywood. Important festivals, as Cannes, Berlin and Venice, committed to the search for parity in their selection committees, among other measures. At this year's Sundance Festival, 50% of productions were directed by one or more women.

Every Friday, to IMOVISION BOOKING has new releases grouped by themes. This Friday (30), the theme is precisely MOVIES DIRECTED BY WOMEN. The chosen ones are:

FILMS DIRECTED BY WOMEN IN THE IMOVISION RESERVE CATALOG

But these releases are not the only women-directed films available on the platform IMOVISION BOOKING. Among the more than 260 productions, there are dozens with at least one female filmmaker, that can be found in the category THE DIRECTION IS THEY:

A IMOVISION BOOKING also brings to your subscribers, with exclusivity, two new series in Brazil, both with women among their directors:

Promotional launch price for the annual subscription: R$ 211,68 - more of 10% discount. The price for subscription for the application varies depending on the operating system.

A IMOVISION BOOKING can be accessed by the computer, by phones and tablets with iOS or Android operating system and has mirroring function for SmartTV and Chromecast.

Present in Brazil for 31 years, IMOVISION is one of the biggest supporters of the best world cinema in Latin America, having released more than 500 movies in Brazil. Created by businessman Jean Thomas Bernardini, the distributor has in its catalog works by renowned foreign and Brazilian directors and award-winning features at the most important film festivals in the world, as Cannes, Venice and Berlin. Keeping your focus on quality titles, IMOVISION strengthened French cinema in Brazil and was responsible for introducing rare cinematographies and expressive international movements to the country, like Iranian Cinema and Dogma 95.

The distributor is the one that most launched French films in Brazil. Are 201 titles throughout their 30 years of existence. IMOVISION was the pioneer in bringing award-winning productions by French filmmakers to the Brazilian public, such as L.627 and WHEN IT ALL BEGINS, by Bertrand Tavernier, 8 WOMEN and POTICHE- TROPHY WIFE, by François Ozon, the animations KIRIKU AND THE WIZARD and Vidilili EM PARIS, by Michel Ocelot, beyond THE LITTLE NICOLAU and THE LITTLE NICOLAU VACATION, Laurent Tirard, BETWEEN THE SCHOOL WALLSand TOWARDS THE SOUTH, by Laurent Cantet, and THE SECRET OF THE GRAIN and BLUE IS THE HOTTEST COLOR, by Abdellatif Kechiche.

A BOOKING IMOVISION gathers in a single platform a good part of the IMOVISION distributor's catalog, with more than 250 films already at its launch, in addition to unpublished features, new acquisitions and exclusive series. Every week, the subscriber will have new content. The forecast is to reach 1.000 titles by the end of 2021.

Previous: Virtual exhibition “Arte-Minha essence”, by Edmundo Cavalcanti
Next: Decorated ceiling: see some ways to do it at home