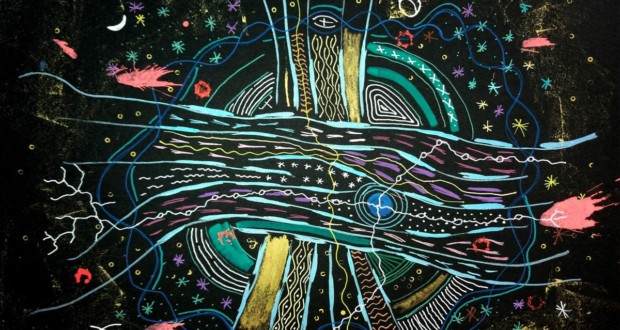 Annual publication produced by Casa do Povo, the OUR VOICE your edition arrives 1021. With 63 pages and three thousand copies, the newspaper has its editorial axes from the contemporary context, in dialogue with its historical premises and brings the city to the debate, memory and artistic practices in line with the current political moment.

Among the highlights of the new edition is the text River Bend has a Different Sky, Argentine astronomer and anthropologist Armando Mudrik and professor of physics and astronomy, Walmir Thomazi Cardoso, unveils the terrestrial dimension of the celestial universe, a landscape in constant transformation and the target of new threats. To complete this dialogical game, Jaider Esbell, visual artist Makuxi, added another imagery dimension with two works in the publication, one on the cover, that already integrated its collection and another unprecedented one made from the reading of the text.

The Black Women Decide movement is also on the pages of the OUR VOICE. With Where are we going, if we follow black women, the text indicates a possible path, desirable and urgent, constructed from data collected from Instituto Marielle Franco, located in Rio de Janeiro. The Mitchossó Collective, group of Korean-Brazilian and non-binary women, through a collective writing exercise, thinks about the traumas of Korean immigration and the possibility of telling them in another way.

Free publication, that can be picked up at Casa do Povo from 10 April 2021. It is also possible to collaborate with the institution through the recurring support program and receive the new edition at home.

All editions published since 2014 then available on the Casa do Povo website: casadopovo.org.br/programacao/#nossa-voz. Editions of 1947 to 1964 are available in the National Library archive: memoria.bn.br.

The profile of Casa do Povo on Medium gathers some texts from the newspaper that are made available in formats to share on social networks: medium.com/nossa-voz.