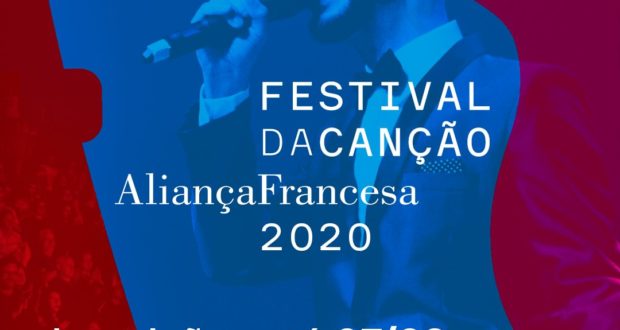 The Aliança Francesa Song Festival has registrations extended until 07 September!

The contest is unprecedented in virtual form, open to amateur and professional singers and broadcast live on the social networks of the French Alliances.

The big winner will be awarded two round-trip tickets to Paris with Air France tickets, six nights' accommodation with breakfast. The runner-up will receive a weekend at a festival partner club, For two people.

Free registration on the portal: www.festivaldacancaoaf.com.br.

Registration for the 13Edition of Song Festival Alliance Française 2020, unprecedented in virtual form with live transmission on social networks of the French Alliances, are extended until the day 07 September 2020 on the festival's official website: festivaldacancaoaf.com.br

In 2020, to Aliança Francesa complete 135 years of presence in Brazil. In addition to language teaching, to Aliança Francesa offers a rich range of cultural activities. The French language is, naturally, at the center of your schedule, and will be celebrated through Song Festival Alliance Française. Due to the current Covid-19 pandemic and the safety recommendations of health authorities and WHO, to Aliança Francesa decided to try this new artistic format, in line with current trends. So, the Festival, which is already part of the French Alliances in Brazil, may occur with a guarantee of the safety of candidates and our public.

A contest is free and open to amateur and professional singers and aims to promote the discovery of new talents and publicize the diversity of the musical repertoire in French. To participate, French language skills are not required, the important thing is to take care in the interpretation and pronunciation. Anyone of Brazilian nationality and over 18 years. Each candidate can only register once with a song, pseudonyms are forbidden to perform more than one registration, under penalty of summary disqualification. The items will be judged: tuning; pace; interpretation (ability to convey the feelings evoked by text and music); pronunciation; staging (creativity in the aesthetic thinking of the video) and originality. The regulation is on the website: festivaldacancaoaf.com.br.

A Phase of selection of registered candidates is 8 September to 19 September 2020. The dissemination of the selected ones on the site happens from the day 20 September 2020. Those selected in the first stage will have the opportunity to perform live, in October, before a jury composed of professionals from the musical environment or those linked to the artistic environment, members of Aliança Francesa, supporters and representatives of French entities in Brazil.

The regional semifinal stage will be the responsibility of the French Alliances of the cities of Aracajú, Belo Horizonte, Brasilia Curitiba, Porto Alegre, Rio de Janeiro and São Paulo.

The 7 (Seven) candidates classified in the 2nd Stage, winners of each regional stage will participate in the National Final in November 2020 and the big winner of the night will be awarded a trip to Paris with Air France tickets, and the runner-up will receive a weekend at a festival partner club in the country. 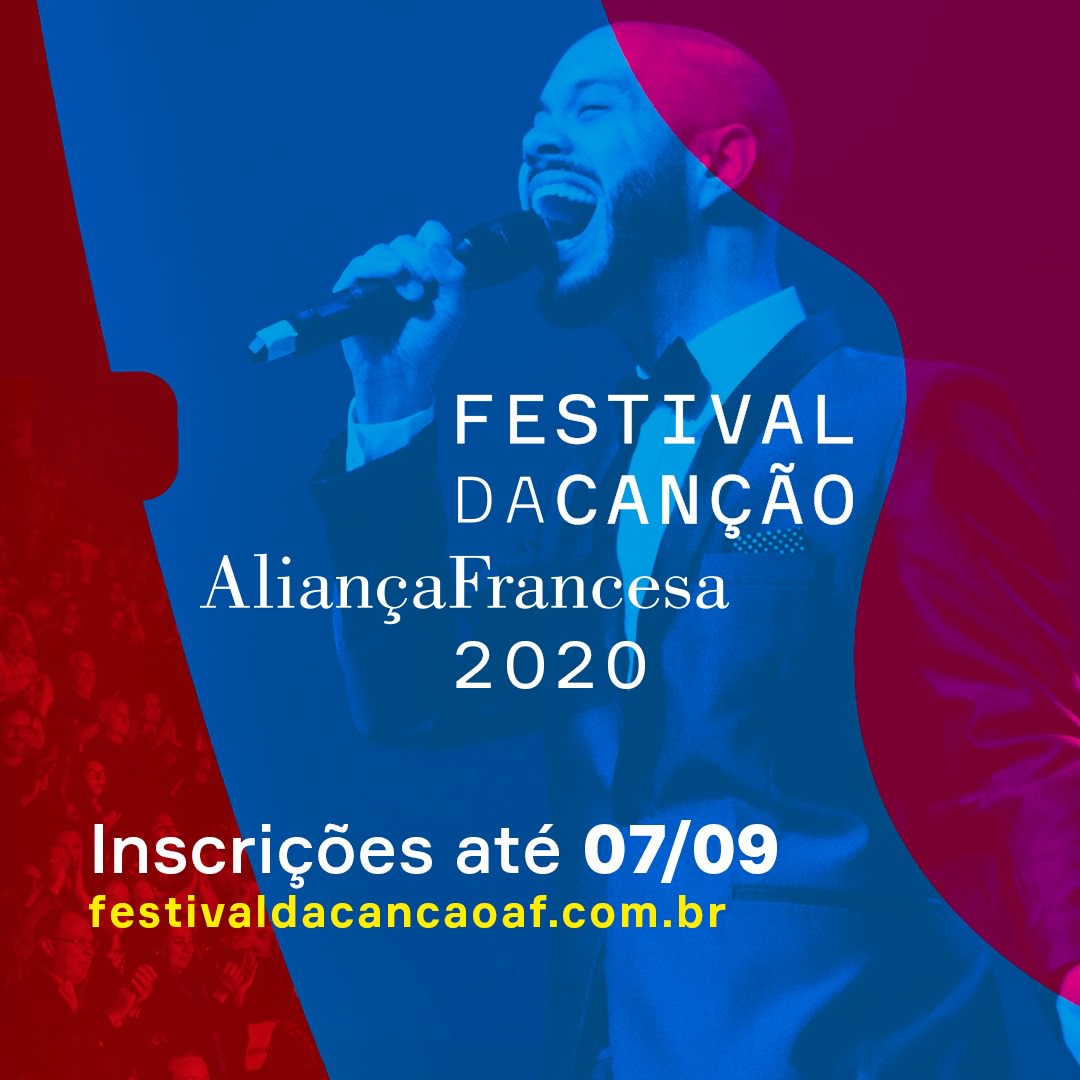 The contest will consist of three eliminatory and qualifying stages. The first stage will be with or without local selection, at the discretion of each Aliança Francesa competitor.

1nd Stage: evaluations of valid registration material; and, at the discretion of each participating French Alliance, organization of a local selection, with music presentation.

3nd Stage: national phase (final) online in one of the cities organizing the regional stage, with presentation of the music scene.

They will be awarded the top three in the 2nd Stage of the Festival.

The awards will be selected by each organizing AF Step Regional. The first place of each Regional Stage will participate in the National Final. The prizes will be delivered at the French Alliance, within a maximum of 15 days after the award.

1th place: participation in the National Final and a lunch or dinner for two in a restaurant chosen by the Festival organization, no maximum value 500 (five hundred) reais.

2th place: a dinner or lunch for two at a restaurant chosen by the organization of the Festival's regional stage, no maximum value 300 (three hundred) reais.

The first three classified in the 3rd and last Stage of the Festival will be awarded:

1th place: two round-trip tickets to Paris (Air France) out of Rio de Janeiro or São Paulo + 6 nights of accommodation in Paris with breakfast, in a hotel chosen by the Festival organization;

2° place: a weekend at a Festival partner holiday club, For two people.

In 2019, Julian Barreto, from Porto Alegre (RS) interpreted the song She tells me, Ben l'oncle Soul and was the big winner of the National Final of the Aliança Francesa Song Festival 2019. Juliano won a trip for two to Paris. For the third consecutive year, Rio Grande do Sul wins the national stage of the event. The show took place the day 30 November, at the UFRGS Hall of Acts, in Porto Alegre. The second place went to the Rio de Janeiro candidate (RJ), Flavia Melo, who sang As usual, de Vitaa e Stromae. The third place was Nalini Menezes, representative of Aracaju (SE) with the music S.O.S. Of A Terran In Distress, from Michel Berger. 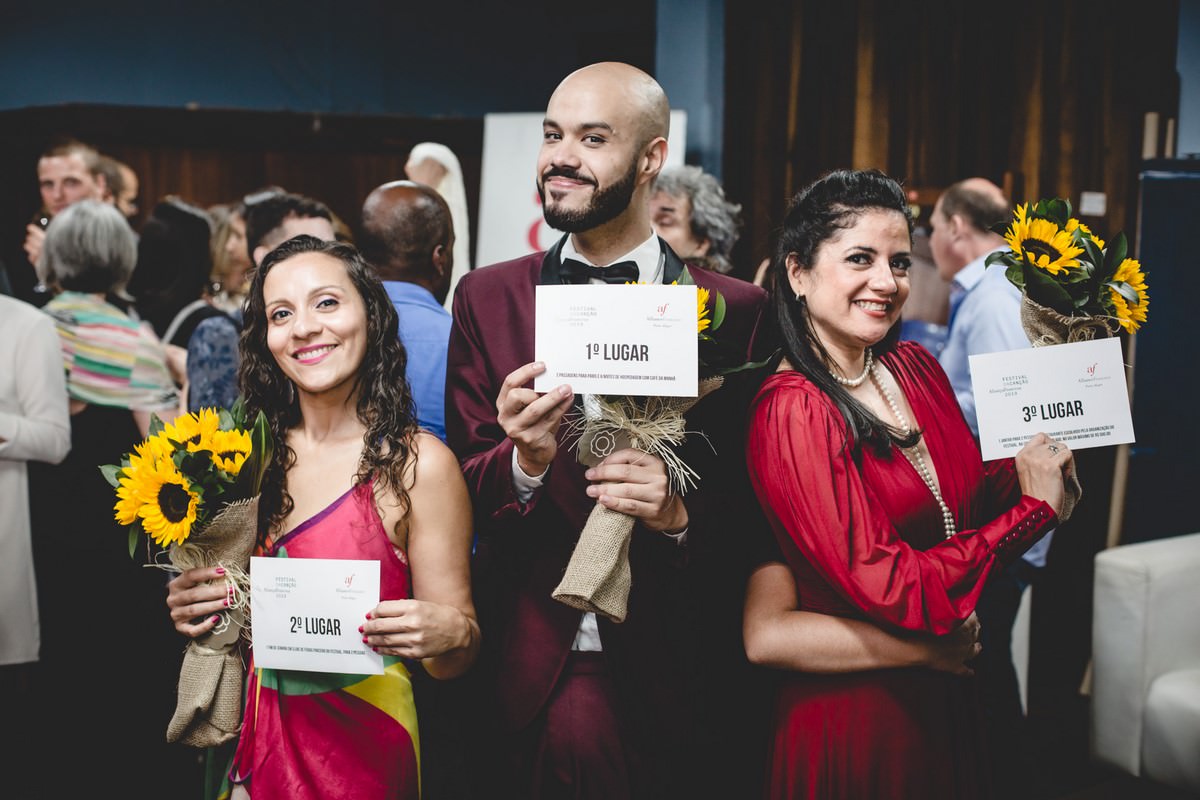 A Festival of French song emerged, for the first time, in 2008, on the initiative of the French Alliance of Porto Alegre. Due to its great success, the event became a reference in the field of french and francophone contemporary music in the country and started to happen on a national scale.

Adopted by the French Alliances of all Brazil, the Festival has regional semifinals and a grand final based in a different city every year. In 2019, the festival was renamed to Song Festival Alliance Française, with the intention of valuing the cultural diversity that exists behind the French language, integrating songs from French-speaking countries of Africa, America and Europe.

Completing 135 years of activities in Brazil, the French Alliance is a reference in the language and, no doubt, the best-known institution in the world, when it comes to the spread of the French language and Francophone cultures. Has, currently, more than 830 units 132 countries, where they study about 500.000 students. In France, it has schools and cultural centers for foreign students. Brazil has the world's largest network of French Alliances with 37 associations and 68 units.

Previous: Country life and love for painting make up Natalia Moreno's new book
Next: Estácio's live with director André Warwar will address the future of audiovisual creation in an unprecedented experiment