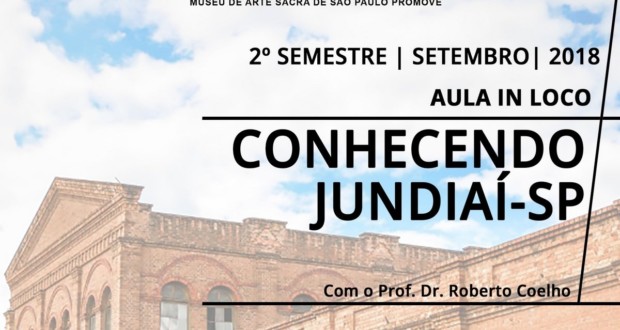 The region of Jundiaí was inhabited by indigenous people by the end of the century 17. They devoted themselves to the production of maize and cassava.

Part of the indigenous culture has been incorporated by white settlers, including the construction technique and the use of fire in agriculture. This was the indigenous practice.

The first settlers arrived in the region in 1615. Despite the controversies of historians, the most accepted version of the city's foundation refers to Raphael's coming Oliveira and Petronilla Rodrigues Antunes, politically motivated, They fled to São Paulo and took refuge on the outskirts, founding the Parish of Our Lady of Exile, later elevated to the category of town in 14 December 1655. New settlers drove away the indigenous groups, que se embrenharam na mata. The origin of Jundiai is linked directly to the Scout movement, primarily responsible for the occupation of the former Captaincy of São Vicente.

The city had four central streets, Straight Street calls (currently Baron of Jundiai), Middle Street (Rua do Rosario), New street (Senator Fonseca) and Rua Boa Vista (Zacarias de Goes). The best houses were made of mud and earth, while the most humble residents used the cock sunk, covered with thatch. The insurgent town had the Chapel of Our Lady of the Rosary (Today the site is the Reading Cabinet Rui Barbosa), the Hospice of Beneditos and the Monastery of St. Benedict, one of the few surviving monuments. At that time, The water supply was made of rudimentary, through public taps. Kerosene lamps were responsible for lighting. They were suspended on the walls, lit in the late afternoon and deleted at sunrise.

The city ended up being the initial site of the saints-Jundiaí railway which expanded the local trades. Connection with the São Paulo railway was important logistics center in the coffee flow.

Companhia Paulista Museum, formerly Railway Museum Barão de Mauá, was opened in 9 March 1979 and it is located in Jundiai, São Paulo. It has in its replica collection of steam locomotives, the station master's office and even the waiting room for ladies, as well as models of model railroad.

His first name was a fair tribute to the pioneer of rail transport in Brazil, Irineu Evangelista de Souza (Barão de Mauá). However, after its restoration, It opened with new bases museum, in 14 May 1995, calling itself the Museum of Companhia Paulista de Railroads.

Housed in a centenary building of brick with two floors and about 1.500 m² that, just beautiful, by itself, It is a work of great historical interest for reminding the typical railway buildings, the museum develops a rescue work train memory, focusing on its importance in the economic development and progress of the coffee plantations in the state of São Paulo.

Solar do Barão, building located in the center of the city of Jundiaí and built in the 1860, residence Queiroz Telles family, exponents of the coffee aristocracy in the state of São Paulo.

The building listed by Condephaat from 1970, typically urban construction of the last century, floor, in mud mortar and implanted in plot facing a square, It presents in its main facade ten windows and a single door, located on its axis of symmetry. Yet they are preserved original elements like frames, decorated glass, walls of rammed earth.

Garden Solar Baron Museum, neorrococó in style, has about 1600 m2 and offers signposts with scientific name and origin of most existing plants. Surely the garden is an attractive apart, routine and visitors are impressed by the beauty and tranquility of the place in the city center, besides being commonly used by people working in the central region.

Jundiaí station was inaugurated by the São Paulo Railway in 16 February 1867. In the early 1870, with the construction of the trunk line of Railway Company Sao Paulo from Jundiaí to Campinas, the station becomes the starting point of this line, transshipment station serving as the line between the SPR and the Pauline. Since 1994, It is administered by CPTM, and now part of Operational Line Extension 7-Rubi.

The content provides support for scholars of art, historians, professionals linked to literature and media, religious, researchers, teachers wishing to develop the theme in the classroom, professionals in all areas, College students and those interested in General.

Prof. Dr. Roberto Coelho Barreiro Son It holds a degree in Advertising from Fundação Armando Alvares Penteado (1983), Master's degree in communication and semiotics from the Pontifícia Universidade Católica de São Paulo (1993) and Ph.d. in history from the Catholic University of São Paulo (1999). He is currently a professor and researcher at the Catholic University of São Paulo, Teacher graduate in SENAC. He has experience in the area of ​​History, with an emphasis on modern and contemporary History; experience in media theory, culture theory, communication theory. He is a professor in graduate studies in art history, marketing and planning and development of products as well as Art Therapy with an emphasis on Yung. In Graduate Senac is branding teacher, institutional communication tools, scientific methodology and digital marketing.

Even:
– Transport (bus , air conditioning, TV, toilet) that will be available during the trip.
– Any transfer of the activities will be done with the Charter bus.
– Monitoring – Prof. Dr. Roberto Coelho Barreiro Son

Important: The complete list of passengers with names and RGs need to be in DNER com antecedência. Your deposit slip is your proof of registration. In case of cancellation of your trip, can replace with another person 7 days before the trip.

Previous: rare concert with works of the court of King Louis XIII and Louis XIV will be presented in the Chapel Santa Maria
Next: VIEWS KNOWN: A look at the neighborly relations through the windows of the cities