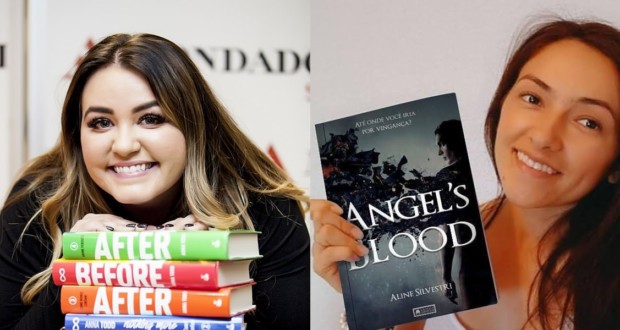 After launching first book in physical edition, Aline Silvestri tells if it is worth publishing a story on Wattpad

The number of Brazilian authors is growing more and more, many dream of launching their stories in physical editions, but due to the whole process of the publishing market for the launch of a work, most end up benefiting from the Wattpad, a social network that allows any artist to publish their narratives for free. Aline Silvestri is one of the national authors who started her career in 2018 and today had the opportunity to launch “Angel’s Blood” by a publisher.

“Wattpad was very important at the beginning of my career”, said the author when informing the great benefits of the social network. To ela, the relationship between readers is a very positive point of Wattpad, so that writers can follow the feedbacks and propose to improve in writing.

The online platform is much more than a space for writing optimization, it can be the path to success for many beginning artists, mainly for gathering thousands of readers and not charging for the publication of the work. “I didn't have millions of readers, but those I had were faithful ”, He pointed out Aline.

After, from Anna Todd, is a great example of the proportions that the Wattpad can offer your book. The work began to be launched on the social network in 2013, reached more than 1,6 billions of readings, becoming the most widely read title on the entire platform, and today it won a film adaptation, in addition to being released in physical edition by Parallel Publisher.

Already Aline Silvestri released his first book in physical edition, before available on Wattpad, at the end of 2020 by Editorial Group Coherence. Today, the author has already been selected to participate in several anthologies and in an interview revealed that she intends to send the original of another work to be launched later this year.

Even before launch, “Angel’s Blood” was indicated to the Coherence Choice Awards 2020, an annual award of Editorial Group Coherence.