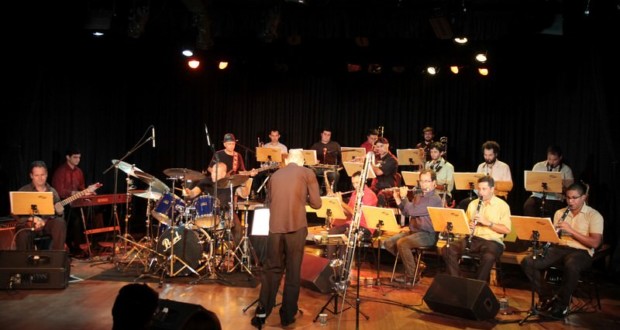 The Brazilian stage of the 34th music workshop, It started on Sunday, continues with a diverse artistic programming until the day 27 January. This Monday (18), the attractions are the concerts of the singer Alex Coorrêa, the Trio Sodade and wind-based Orchestra with guitarist Mario Conde.

Alex Correa, Curitiba singer who lives in Rio de Janeiro, recently recorded the DVD "Let the Samba Go", with songs from his first solo album, released in 2011. The songs, created by the artist herself (alone or in partnership) and names of the local and national scene, as Arlindo Cruz, are in the Repertoire of the show that features Alex on Santa Maria Chapel.

The Trio Sodade, an international attraction of the 34th Workshop, presents the show "a bridge between Brazil-Portugal-Cape Verde", making a unique combination between Brazilian music and the Cape Verde. The trio is formed by the Dutch Polder Floor (flute), by Marco Santos and Portuguese by the Cape Verdean musician Paulo Bouwman (steel guitar 7 strings). The show starts at 7:00 pm, in the theater of the Armory.

The Orchestra accompanies blast-based guitarist Mario Conde at the release of their DVD "Brazil Guitar Universe", at 9:00 pm, at the Rectory. The repertoire, compositions and arrangements of the guitar player who is completing 20 year career. Mario integrates the Orchestra Curitiba and the Group On Stakeout, alongside Glauco Solter, Endrigo Bettega and Jeff Sabbag, and also the trombonist Raul de Souza group. The show features guest singer Shreya Padovani and with the baton of Gabriel Schwartz.