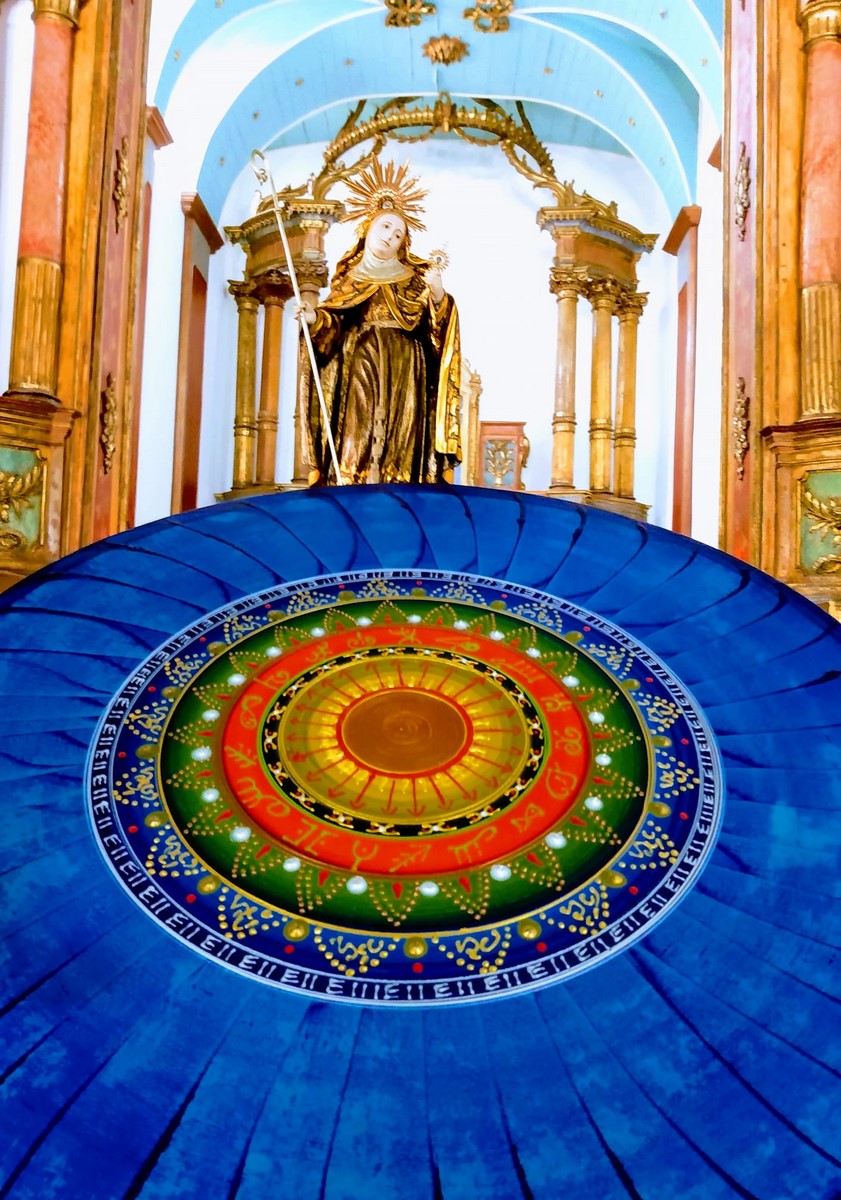 “I feel that dwells among the sacred. The sacred Catholic embodied in the rich Carmo the convent architecture Bahia waterfall and the sacred ancestral goddesses of the water receptacle Paraguassu offerings orixás. And in full trunking meanings that create and recreate images fundamental to all the holy: the circle, the wheel, the visible geometry of the divine unit, its immanence without beginning or end, where everything begins and ends at the same point. A mandala. Sanskrit word to say sacred circle.”

Paola this precise drawing, disciplined, harmonic, restrained, intense, Perfect, It is shown the way of his own spiritual question and a radiance of his ancestry.

Brazil Petrolina, Anglo Indian mother, Paola takes this ancestry in his face and those eyes of the soul. The search for a merger between the form and the intangible of the divine through the mandala arises spontaneously from some remote file inside.

In Paola mandalas times intertwine, the most remote and traditional way of the past with the will of the contemporary to find its essence, to scour the very center reflected in this microcosm of the macrocosm. There is a desire to merge with the hidden centering point you.

These magic circles, Jung spoke as Mandalas, the powers of the soul, the senses, the intelligence, make yourself comfortable, immateriality and impermanence present in our lives take on a concrete can be folded into, to the inside of ourselves, creating harmony, generating an integration and energy concentrated. Mandalas awaken the soul. Because they are moving, because the wheels turn, because they want that life moves, because it takes into its core memory of rituals that aim to approach divine attributes. Because since the eighth century B.C. They were used as paths for concentration, the stabilization of thought and experience of higher states of meditation. spiritually, Mandala is the expression of internalization and spiritual ascent, Jung mandalas imagine ways for the psychological harm, the awareness, integrity and individuation. 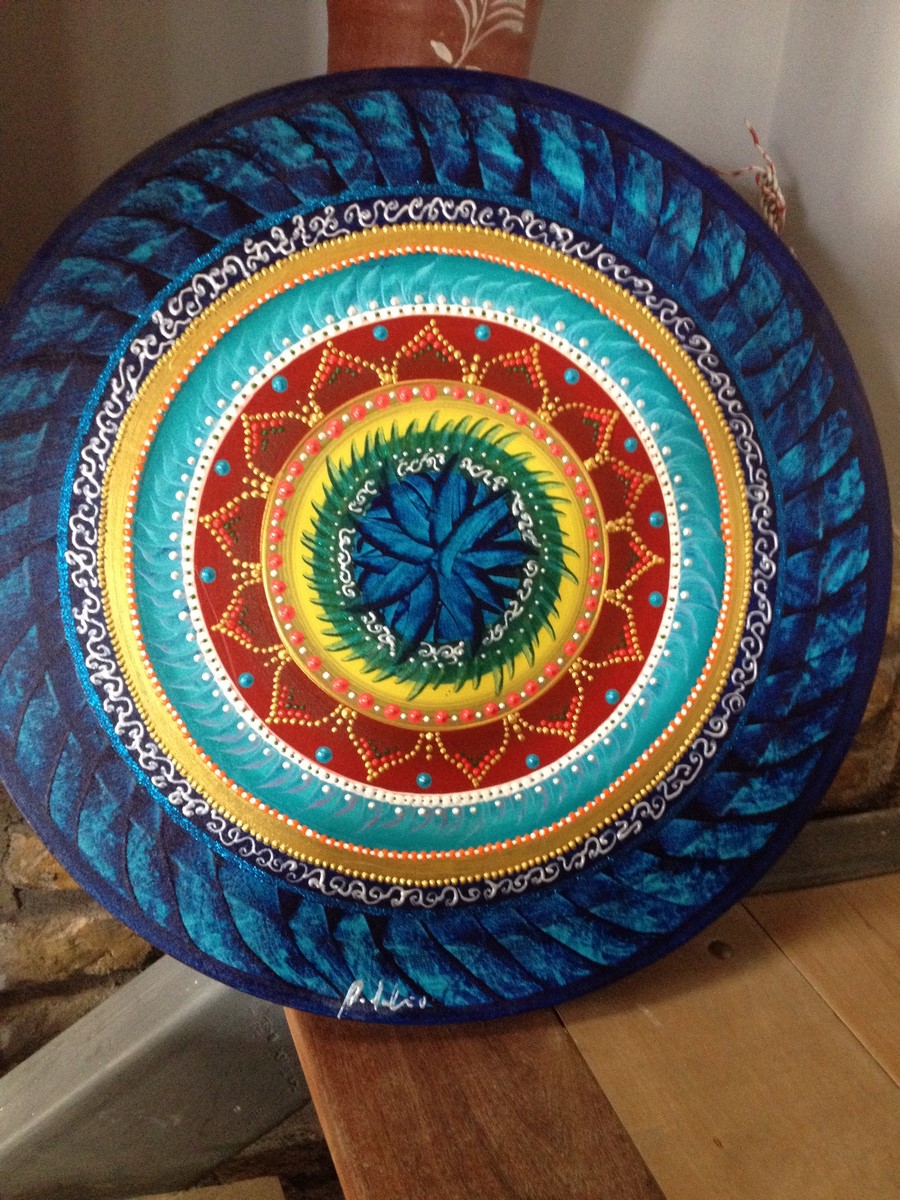 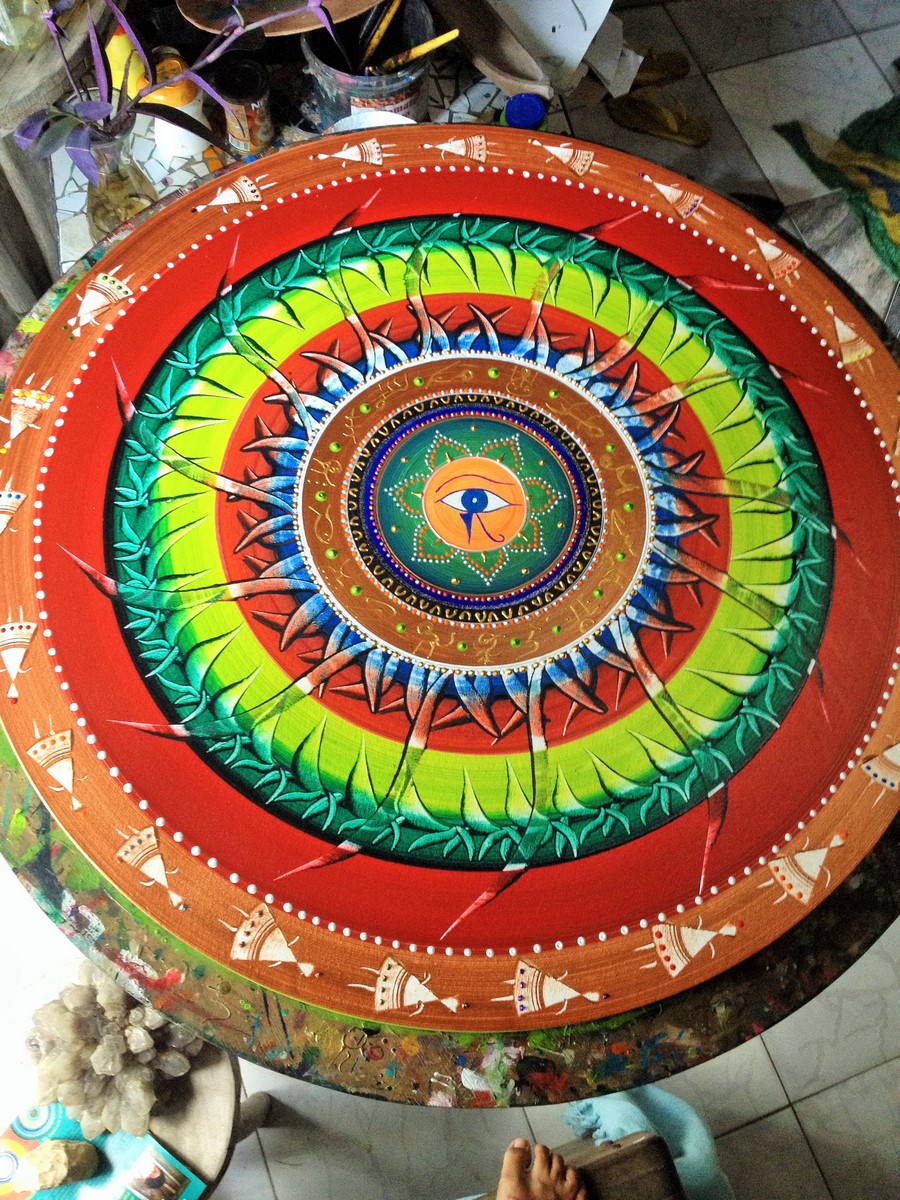 The mandala carries with it all the symbolism of the divine, the totality, do cosmos. The round shape touches only a few points the earth, all his strength is in the air and to the center as a sunflower and tree rings, whose spirals represent the universe.

Paola to paint a mandala said to be building a way that informs and transforms the one who will see, awakening in him a cosmic reference. The reactions on a mandala will always be private, individual. Each understand the game of shapes and colors according to your own state of mind.

“Paint mandalas became a treaty of peace with my ancestors. I come seeking healing and sharing knowledge.” – Paola Publius. 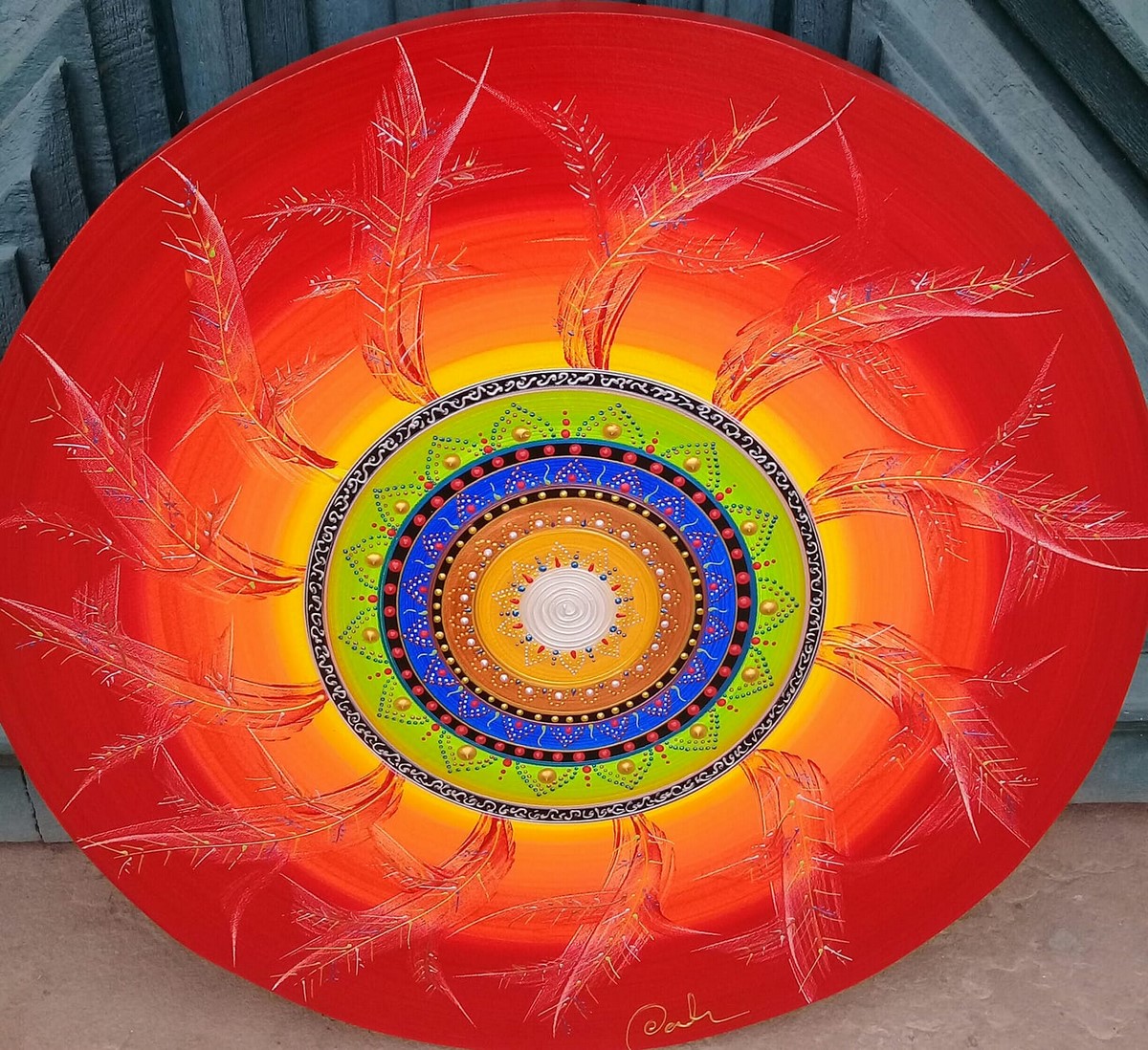 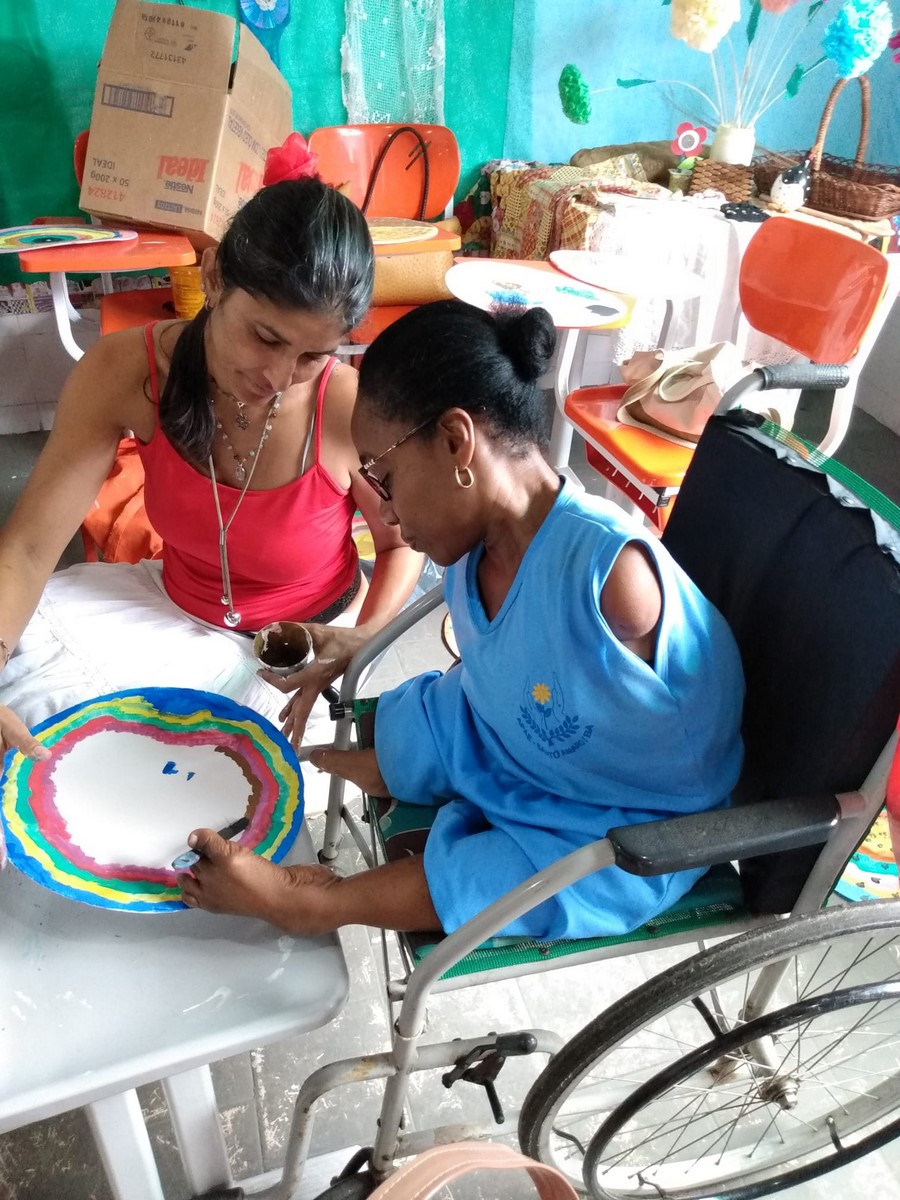 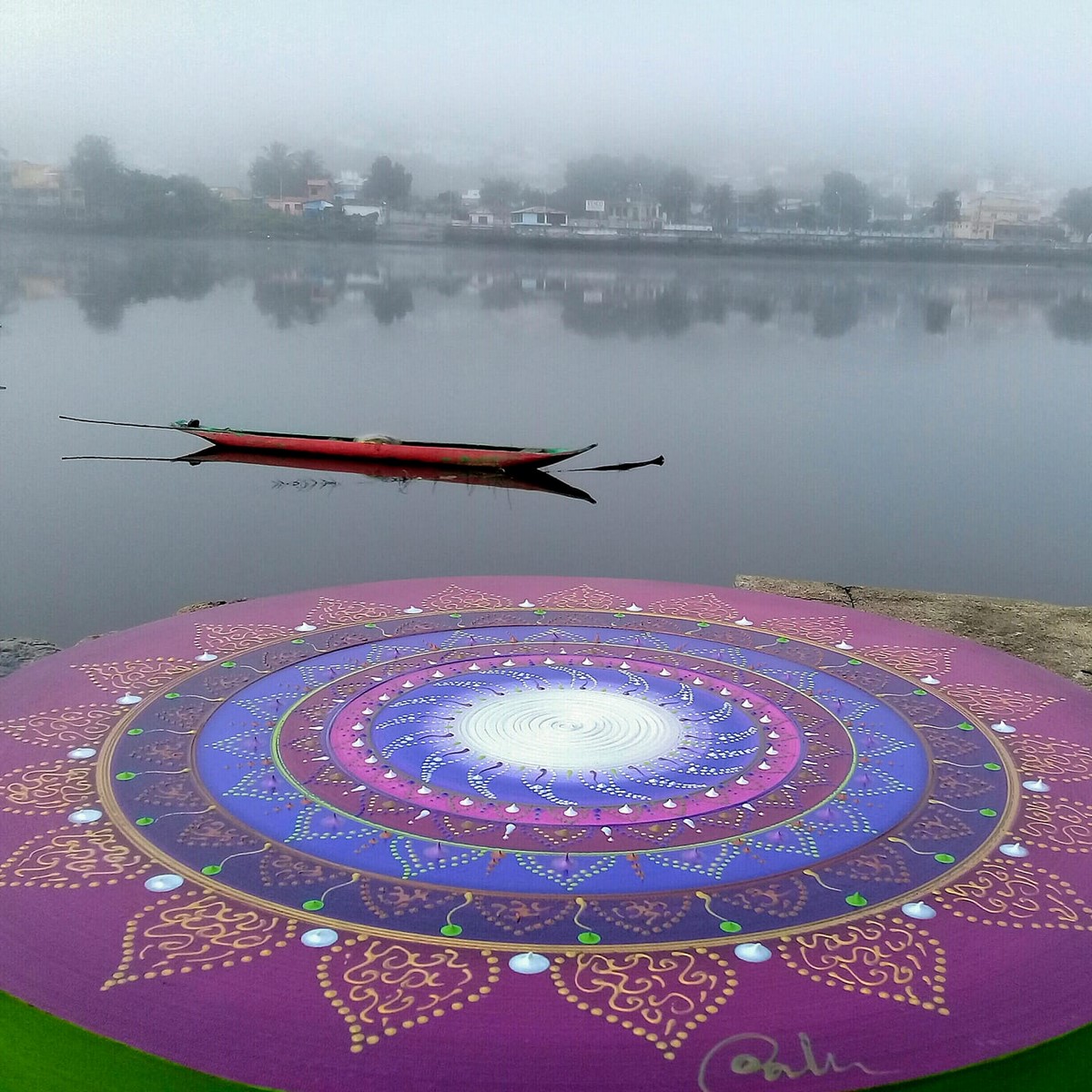 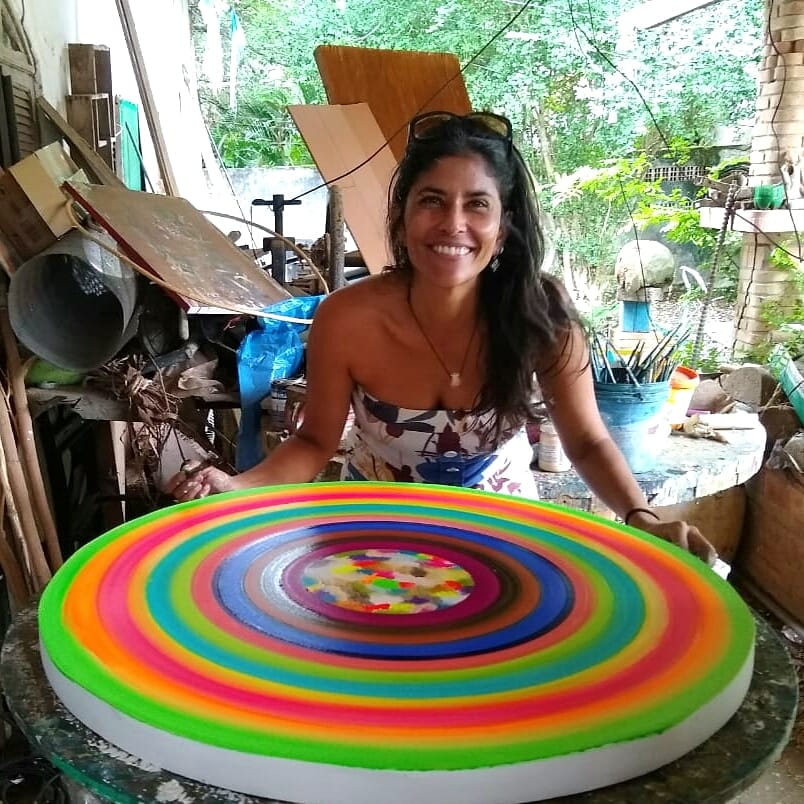 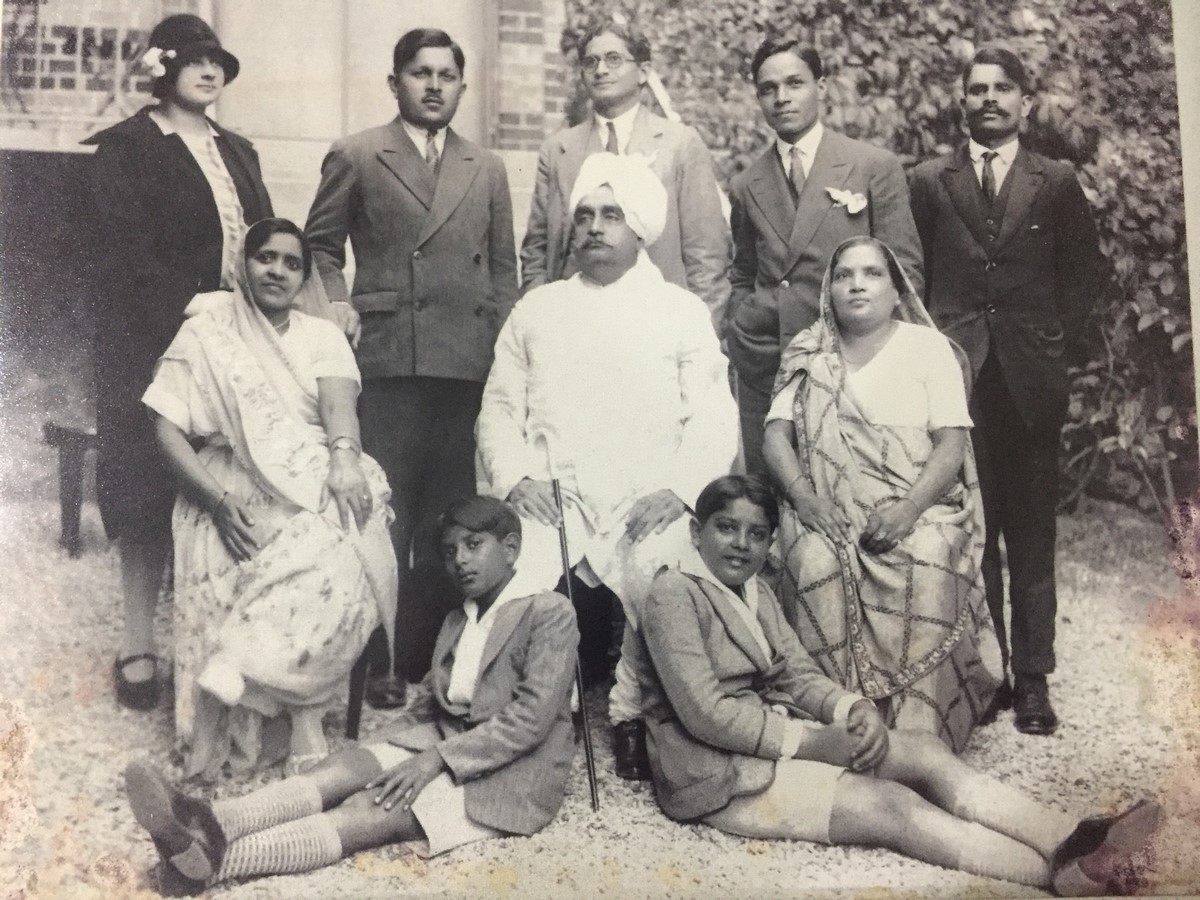 Previous: Government of São Paulo presents the First Edition Andrade Festival - The Book Virada
Next: "I do not I lied" is the next free exhibition Visitor Center Estacio de Sa Monument