Home / Art / For the 1st time, Angolan art gallery content can be accessed via application

For the 1st time, Angolan art gallery content can be accessed via application

The day 29 September 2020 enters the history of art and technology in Angola. On this date, a partnership was signed between Talatona Art gallery and the Tupuca app. With this, whoever wants to know and buy the content of the Angolan art gallery will be able to do everything by cell phone.

The service is unprecedented in Angola and aims to promote contemporary art, besides expanding it to the whole country, and even to other places, like Portugal and Brazil. The novelty was first disclosed on the Planet Line website, which also added that the public will be able to access the digital content of the gallery, place the order and set the delivery date.

According to the general director of Talatona Art, Lúcia Drügg, “It is extremely important to create mechanisms for access to culture, in this case for the artistic expression that is painting ”. And she completes: “We bet and encourage the digital aspect, because we know its relevance. Some time ago, we launched the country's first virtual exhibition, with a 360º tour of the entire gallery and its works. Now, we believe that the partnership with Tupuca, beyond its purpose, has the clear message of valuing art ”.

In the opinion of the general director of Tupuca, responsible for the application, Erickson Mvezi, “It is an honor to participate in a project like this, because we are reinventing art and culture in times of social distance, that is, we make them accessible in a practical way, fast and efficient ”. And he remembers that, “With this unprecedented debut, Tupuca establishes itself as a creative and revolutionary platform in the delivery service ”.

For those who don't know, the Talatona Art gallery is a cultural space in Angola open to all artistic manifestations, with the aim of promoting, encourage and be a transformative pole of local culture and artists. The works of renowned artists are already available in the app, among them stand out Uófole, Alcides Malayka, Tho Simões, Seraphim Serlon, Ricardo Kapuka, Paulo Kussy, Guilherme Mampuya, Francisco Vidal, Fineza Teta, Armando Scott, Álvaro Macieira and master Kapela. 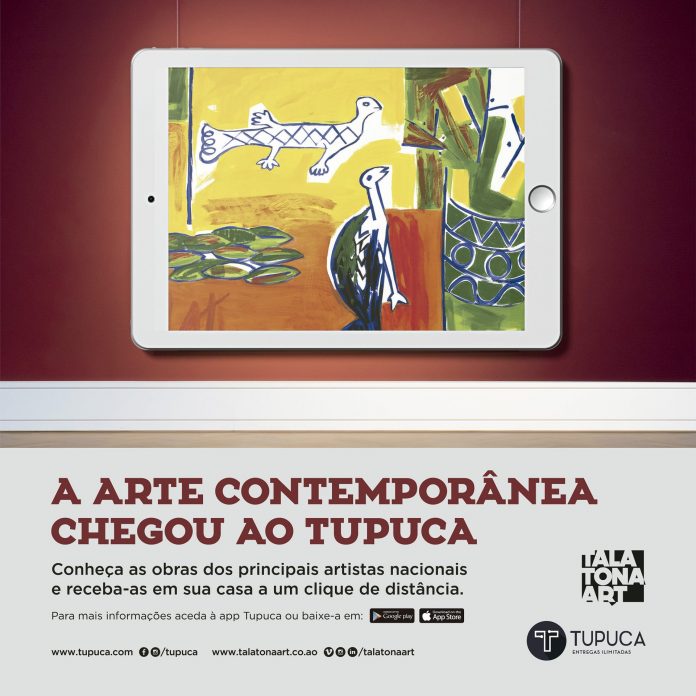 Previous: Victor Bonini signs contract with Grupo Editorial Coerência for new book
Next: Livraria Cultura's situation is a great example of the need to update itself, says David Johny