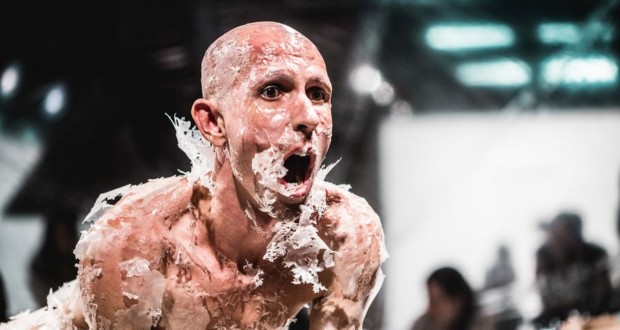 The biggest theater festival in the Midwest will receive the work of artist Curitiba
detained for presentation at the Museum of the Republic, in Brasília

Two months ago, the Contemporary Scene began to orchestrate a photo-protest to close editing 2017, What happens between 22 of August and 3 September. The photo, scheduled for the day 2 September, will be the result of a workshop focused on the debate about artistic nudity and open to all volunteers who propose to undress as a way to express policy, socially and culturally, Since the age of 18 years.

Among the artists invited to discuss the topic before the picture, the performer paranaense Norhana K will make a statement about your work and about the arrest of the last day 15 July, When he was prevented from making your performance. The artist returns to Brasilia at the invitation of the Contemporary Scene, with operational support of SESC. In addition to the account during the formative activity of closing of the festival, Maikon K will work DNA DAN, that just perceived as obscene act in the eyes of the PM of DF.

As well as the performance of Kaveh, the workshop will result in the historic picture also is scheduled to happen at the Museum of the Republic. The action will feature the renowned photographer brasiliense Kazuo Okubo to conduct the activity and picture. The challenge is to propose the image with the largest number of naked bodies ever recorded in the country's capital.

When the arrest of Kaveh, the Contemporary Scene quickly made available to welcome you, proposing a new realization of the interrupted performance. Not only in rejection of arbitrariness practiced, that breaks with the freedom granted to artistic expression, but also for immediate dialogue established between the art of Sushen and formative activity sought by the Contemporary Scene. Both the performance of Shahla as the workshop pertain to the body as a form of expression. The two referred to the same place. The two transgressing the debate about art. Both incurring the same resistance. 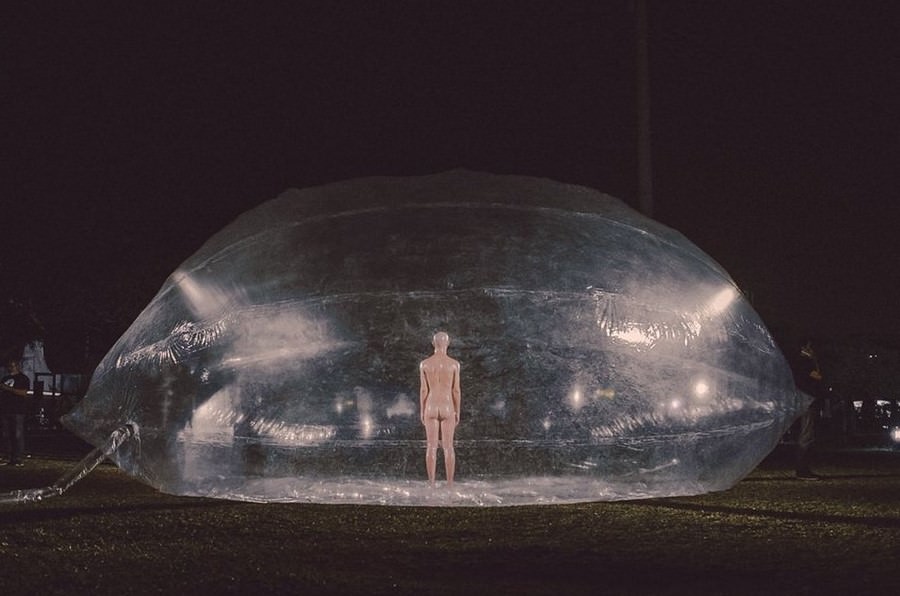 The Contemporary Scene, then, initiated the dialogue with Kaveh, It welcomed the initiative and proved equally excited at the possibility of the return and the chance of a new presentation, He never gave up. The coordination of the Scene extended the invitation yet for Maikon party "Up" (as it has been called), by means of a line destined to the volunteers present. Invitation accepted.

Always in search of originality and delivered to the provocations of contemporaneity, the Contemporary Scene could not opt out of the debate. On the contrary, take it to you and unfolds. On 2 September, There will be a picture ever made in the federal capital, preceding the performance of Karthikai K, He returns to finish what he started. All are invited. Nothing holds the art (is she naked or not).

Up, with Kazuo Okubo and Maikon K

Workshop open to volunteers with practical result in a photo shoot. Free entry

Interaction with the audience from the 8:00 pm.

The dramaturgical role of photography as a fundamental part of a scenic process. The visceral relationship between photographer and photographed, in parallel to the bond of trust, intimacy and complicity between Director and cast. The narrative of the body. The concrete body. The denudation of the social strata and the constructions moralists. Raw artistic expression in conflict with the rigidity of the traditionalist robes. The process to donate for a cozy look and provocative. The political force of the aesthetic and the image to be shown in the realization of "artistic nude photography with the largest number of participants in the history of the Federal District". Creation and design of Diego Ponce de Leon and Kazuo Okubo.

KAZUO OKUBO -Photographer and gallery owner. Started your career at 15 years, through the publicity photograph and having received several awards. Develops copyright works since 2003 and is the founder of the first gallery in the Midwest specializing in photography, The red light House, where coordinates and produces dozens of exhibitions, workshops and events.

Layers of material to get through.

The mystery of a body in vitro.

Dan is the Ancient serpent, origin of all forms.

"DAN's DNA" is a dance-installation of Karthikai K. The performance happens inside an inflatable environment created by artist Fernando Rosenbaum. The public may enter this space and there remain. At first, the performer stands still while a dry substance on your body. After this phase of the experiment, He will move. The construction of another skin, the artificial environment and the relationship with the public are devices for this performance, in which the artist's body goes through successive transformations.

MAIKON K – Maikon K acts on the borders between performance, dance and theatre. Your job is to center the body and your ability to change perceptions. Influenced by shamanic worldview, constructs realities through song, non-verbal sound, Visual signs and ritualised activities. Among his creations are Ancestral Body, Terrarium and The Solar Anus.