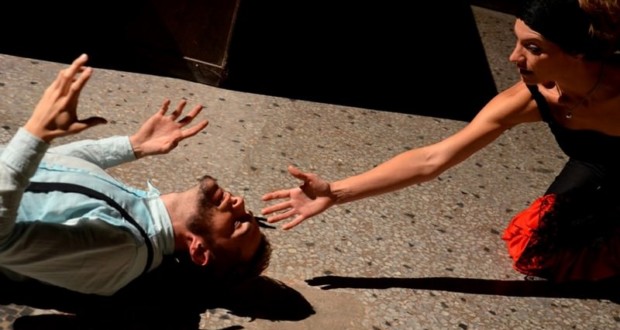 With two performances, a workshop and a
round table, the artistic collective Intercultural Biloura Theatre Collective
presents the second part of the project EFFIMERIA, It started in
2015 Italy. In names, some of the performances of the shows, the
public is received for a dinner, where conversations, confessions, music
and dance tell the story of a love the three autobiographical

Born in 2013 in Piemonte, Italy, the Intercultural Biloura Theatre Collective is an artistic collective acts of intercultural and multidisciplinary way in the performing arts. The Group, composed of five artists linked to the performing arts, dance, music,philosophy and cultural studies, performs from 15 to 20 February to INTERCULTURAL BILOURA OCCUPATION the Cultural Workshop Oswald de Andrade. The Italian dialect of the region of Rueglio, Biloura now, at this very moment. The Word also appears commonly in the Brazilian States of Paraíba and Rio Grande do Norte with the meaning of insanity or madness, dizziness and syncope. 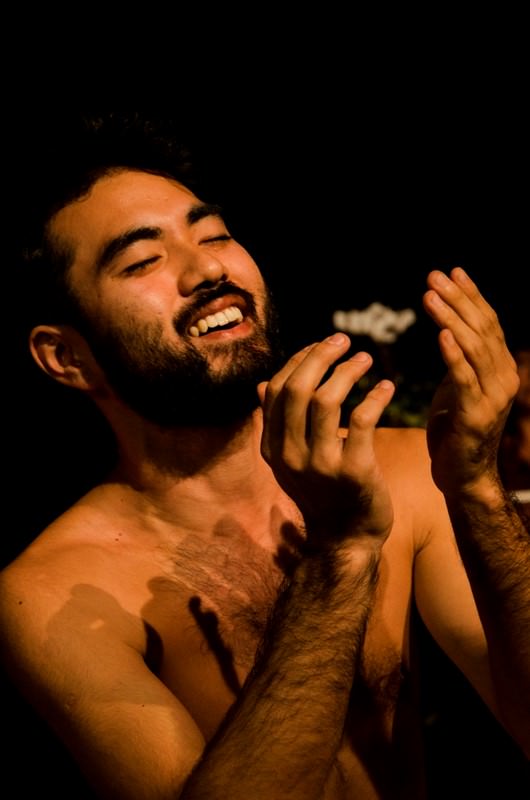 Formed by Angela Rottensteiner (Áustria), Eduardo Colombo (Brasil), Silvia Ribero (Italy), James Viudes (Brasil) and Victor Kanashiro (Brasil), the collective performs during the occupation two performances- names (day 18 February, Thursday, to 19 hours) and Spiro (days 19 and 20 February, Friday and Saturday, to 20 hours) –, a workshop and a round table. All activities are free.

A INTERCULTURAL BILOURA OCCUPATION shows for the public of São Paulo, the second part of the long-term project EFFIMERIA, dedicated to the issue of proximity to death, and that started in 2015 Italy. With the project the collective wish to reflect upon death with grace, irony, poetry, but also with lightness and with all the colors that can be useful to free it of the obscure sphere of a social taboo. Thus, speaking of death, the Biloura seeks to reflect on life, how people spend their days, the value that they give and the choices they make each moment, In addition to questioning the Ephemerality of existence of humanity.

For Eduardo Colombo, one of the members of the Group, the artistic research of the mode Biloura part of the premise that the construction of identities and openness to differences strengthen the Exchange with the other. "If, on the one hand, cultural differences can be obstacles to meeting, the intercultural coexistence can strengthen the integrity and respect, preserving natural riches and building new knowledge and ways of life. The contact with the other becomes an invitation to review yourself ", He explains.

The meal is one of the daily rituals of family life more. In the performance names, the public is received for a dinner (with entry, main course and dessert) by Brazilian performers of Biloura: Eduardo Colombo, James Viudes and Victor Kanashiro. Between drink and food, conversations, confessions, corners, stories, dances and actions tell the story of a love the three autobiographical.

According To James Viudes names is, the one time, continuing research and performative work rubbing the boundaries between life and art, intimacy and otherness, stage presence and daily presence, and makes the audience complicit and affective relationship partner experienced by the trio of artists over the last three years. "The course and the situations of the dinner are inspired by the ritual of the Pêssach (Passover) and in the biblical Book Exodus, from which the trajectory of a State of deprivation to a State of freedom is ressignificada through the relationships between food and memory ", He says.

For the dramaturgical composition, the Group also used texts and chants in Hebrew, Portuguese, uchinaguchi and yoruba, creating a scenic narrative running through contemporary discussions around identity, gender and sexuality, tradition and contemporaneity.

Presented in Italy in unconventional spaces like Priorato di Santo Stefano del Monte (the 11th century); the Church of the confraternity of Santa Marta, in Agliè; the Hall Polifuncional Torre Canavese and the synagogue of the city of Ivrea, the performance Spiro It is inspired by a fundamental condition/situation: the proximity to death. A common human condition, translated on the scene through a funeral vigil, where five figures accompany the audience on a journey through the inexpressible and ephemeral, revealing the fragility, the strength and human beauty front to death. The presentation moves subtly in the comic, in the poetic, the absurd, in the composition of sound and Visual images supported by the presence of five performers of Biloura.

With Spiro, the Biloura also continues his research on the limits of artistic territory, pondering the possibilities of theatrical spaces occupation in contemporary times. Following the paths of past performances, the Group places the artists and its process in the service and in dialogue with the architecture and landscape of the locations chosen, finding the specificity of different locations fair for performative structure.

From 15 to 19 of February to INTERCULTURAL BILOURA OCCUPATION performs the workshop Body narratives-Voice: Listening and Action with the goal of sharing Biloura's work with actors, dancers, singers, playwrights, performers and Directors interested in body-voice as a vehicle of creation and composition.

Biloura is an artistic collective acts of intercultural and multidisciplinary way in the performing arts. Born in 2013 in Piedmont (Italy), the Group has been consolidated through an intense research and creation, performing projects, performances and workshops in Italy, Switzerland, France, Spain/Canary Islands and Brazil. The group develops his research from his two seats: Italy, in the city of Alice Superiore, and recently in Brazil, in the District of Taiaçupeba/Mogi das Cruzes-SP, along the Rural Residency Samauma. For the Biloura, intercultural sensitivity is a fundamental part of human development and the creative process, especially in the current times. Understanding the performing arts as a privileged space in which subjectivities, bodies and cultures come into contact, the Biloura seeks to investigate sociocultural issues relevant in boundary artistically of tradition and contemporaneity. The artistic research of the group is characterized by a performative theatre that explores poetry, music, dance and Visual Arts in a unique expressive language. The performances of the Biloura create poetic and Visual multilinguísticas actions as an experience Tableau vivant.

BODY NARRATIVES-VOICE: LISTENING AND ACTION -Of 15 to 19 February, Monday to Friday, from 14 to 17 hours.

15 vacancies. Registration until 8 February. Indicated for people over 16 years.

With Silvia Ribeiro and Lenna Bahule.