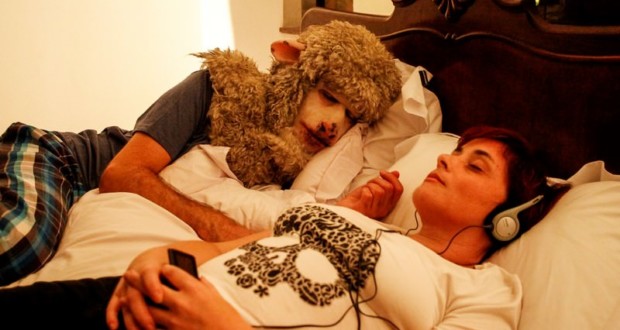 Performer Alexander d'angeli does Occupation in the Villa Carmelita

Artist participates in the Second project of Performance with six different actions. The highlights presented Residue recently in Portugal and Listening to the Sheep Sleeping with texts by Caco Gallardo

With the purpose to investigate beyond the performance, elements of art environment and betting on new possibilities for dialogue with the public outside of normal space the artist Alexander D ' Angeli performs an occupation in the Second Project the Performance of Villa Carmelita, a former hotel disabled, situated in downtown São Paulo. The occupation, It has six actions of the artist, happens day 16 November, Monday, from 19 to 23 hours.

Back to Brazil (the artist presented, in October, the performance Residue in the city of Porto, in Portugal), Alexander D ' Angeli comes experiencing various languages since the show Molloy-the end is the beginning and yet continue, gestural theatre solo inspired by the novel by Samuel Beckett, I also added elements of performance and, especially, the theatre of animated forms. For him, the invitation to participate in the project Second of Performance comes at a time of statement of the condition of the performance artist and the desire to share with the people part of the process that triggered each job.

"This occupation the public will be able to know how to operate my actions and learn a little about the process of each. There are photographic and video records of the main performances. In addition, I'm going to redo two of them, Listening to the Sheep Sleeping and Residue”, D'angeli account.

For the occupation in the Villa Carmelita, Alexander D ' Angeli has created some environments in the halls of the place with installations and performances. At the entrance, the public gives So that the crowns Come down, action that recalls the performance held by the artist in the city of Petrópolis. To the Villa the action will be performed as installation using gold glitter in creating embossed crowns that will tour area, on the outside of the building. To enter, people stepped on the icons, creating smudges and deconstructing this symbol of power. The work proposes to think about the power relations in contemporary times and reflect about the heydays of the Villa, which together with the center of the city, resist keeping this.

The Studio of the Villa will be busy with the installation 436, where the public can view a part of the process of labor 436, work performed by the artist in 2014 at the Memorial of the resistance of São Paulo, where along with the public, mounted 436 paper masks to treat death and disappearances of people during the Brazilian military dictatorship. The room will still receive a projection with the video record of the performance held at the Museum.

In the Noble Room happens to performance Listening to the Sheep Sleeping (from 19 at 8:30 pm), that brings a hybrid subject, a RAM man lying on a double bed where the audience can lie on your side to listen to texts that were written by cartoonist and author Caco Gallardo. The performance was part of the projects is right there the Sesc Ipiranga, Casa das Rosas 10 years and was recently in the Winter of Sesc Rio de Janeiro.

The video record Valuables can be seen in the bathroom Carmelites. Installed in one of the bathrooms of the Villa, the video brings the record of performance Valuables, that was done by the artist in 2010, during the Virada Cultural in the Tietê Bus Terminal. In this action, a single performer has the task of unwinding two hundred metres of paper that support for the public to write words, phrases, Prints, or even draw something connected to your value object.

The performance Residue occupies, from 21 to 22 hours, the Yard of the Villa. The work continues the research of Alexander D'angeli about possible interactions between body and space and its traces|memories in search for sensitive approaches with architecture and its equipment. In this work the artist proposes to think about the intangible results of traces man's action in the major cities – remains of your projects, investments, exchanges and affections. Held for the first time in São José do Rio Preto as urban intervention, the performance was part of the project Performance in Meeting the Sesc Campinas and in October this year was held in Portugal, in the city of Porto, in bad habits – Space of artistic intervention. 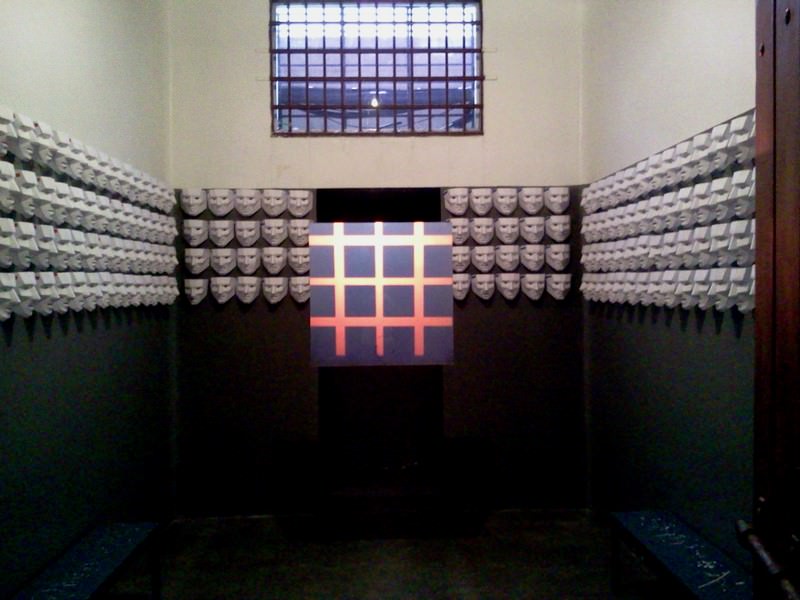 Graduated in performing arts, Alexander D ' Angeli's performer, actor and puppeteer. He studied Dramatic corporeal MIME and Theatrical Stunt by Ecole International de Mime Corporel Dramatique Gestuel of Paris, under the guidance of master Ivan Bacciocchi. Interested especially for the languages more directly related to the body, and that operate at the intersection of performance and the theatre. He is the founder and artistic director of the soul 2. Recently in Portugal, held in bad habits – Artistic Intervention spaces, in the city of Port performance Residue, action that joined the Project Performance in Sesc Campinas Meeting in may 2015. In March of the same year he participated in the exhibition Communal Land – Marina Abramovic + MAI as a facilitator of the Abramovic method. In 2014 participated in the occupation project is right there, the Sesc Ipiranga with Listening to the Sheep Sleeping, performative work with texts of the author and cartoonist Caco Gallardo. In the same year began the first stage of the project 436, long-term performance, where proposed to visitors of the Memorial of the resistance of São Paulo Assembly of four hundred and thirty-six paper faces in memory to the dead and missing politicians. In 2010 was responsible for the artistic interventions carried out in the Tietê Bus Terminal during the Virada Cultural, emphasis on Valuables and Présence Decroux. Participated with the performance Valuables parallel opening 29th São Paulo biennial promoted by Sesc Campinas. Creator and performer in Molloy – The end is the beginning and yet continue, Show sign Theatre solo inspired by the novel by Samuel Beckett, who attended the shows Samuel Beckett – 100 years organized by SESC Santana and joined the VII Shows Cariri of arts through the Revolving Stage of SESC Ceará. For more information go to cargocollective.com/alexandredangeli

Created by Rebecca Carratu and Ila Girotto the Villa Carmelita is a space for art and culture, on a property of 1912 with 400 m frames, divided into internal and external environments, located on Rua Dom Francisco de Sousa, 165 in the center of São Paulo, next the light Station and the famous shopping streets popular, 25 March and Santa Efigênia. The Villa Carmelita opens its doors with the aim of preserving, appreciation of art and culture and revitalization of downtown while effervescent point of creation. Expand the artistic manifestation without social or cultural laundry, creating an exchange of ideas and exchanges between artists of different segments and nationalities.

Previous: Big date Carioca reaches Guaratiba with free activities for the whole family
Next: PICTURES AND BRINCANTES, Art and Performance in Popular culture