Performer and Artist Visual SHIMA is occupation of Earth's Core

Named RE / DES, occupation has five
artists / collectives and brings unprecedented performance A Morte de Shima:
one minute for each year of life, where the artist enacts his death
after discovering that his given surname is not real

A month ago the artist Marcio Shimabukuro, the Shima, He found that the family of his paternal grandfather changed, last century, the family name. Still in research and without knowing exactly why this change, He decided to abolish its name and will remain 40 nameless days. For this, on the eve of its 40th anniversary - days 9 September, Sunday, to 20 hours - performs the performance piece A Morte de Shima: one minute for each year of life. The action is part of the occupation RE / OF, the artist performs from 8 to 23 September no Center of the Earth with five artists / collectives of different areas.

In an exchange of languages, every day, guest artists will make a different presentation. The actions may or may not include the participation of Shima and orbit around the themes ancestry, tradition, sexuality, gender and what is being Asian in Brazil.

Shima says that for the first edition RE / OF He sought to gather artists around jobs that would turn the people uchinanchu, the Okinawa region, in Japan. "The uchinanchu people are an indigenous people which was only recognized by the UN in 2018", explains the artist, who chose the name of occupation considering two specific particles. "Re back and repetition means, and des refers dismantling and destruction ", complements. 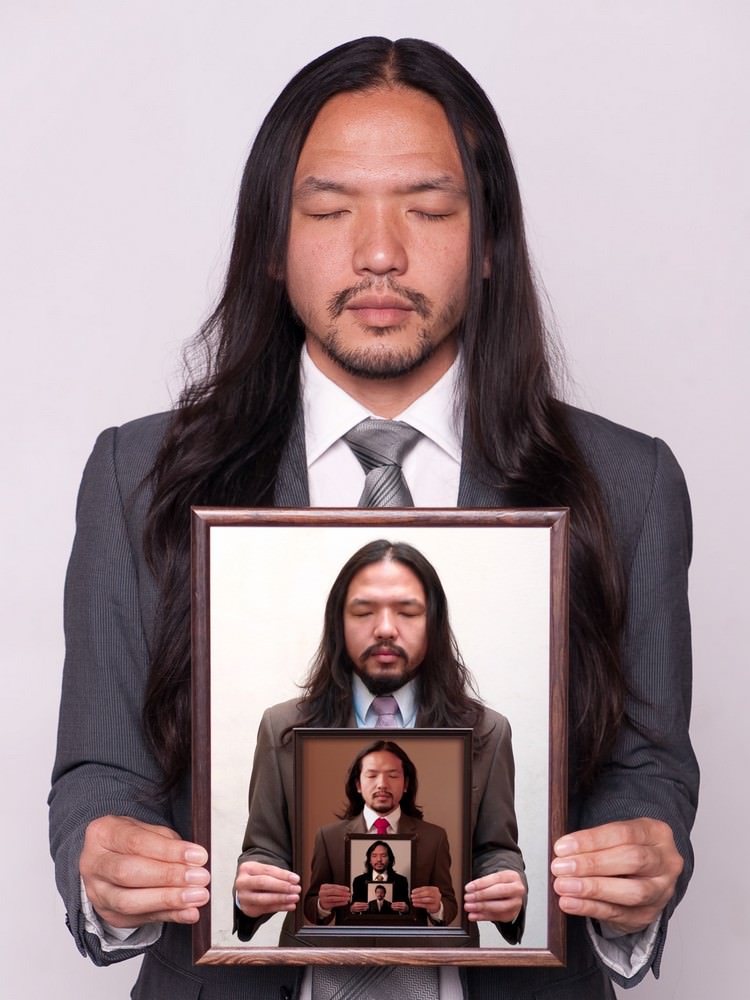 RE / OF start day 8 September, Saturday, with action We Nu D – Living the Now!, from Bia Nagahama, one of the few kamin-tyu (person of God, free translation) operating in Brazil, who with his performative presence will talk about now according to the spirituality of the people uchinanchu (indigenous people of Okinawa region, in Japan). The spirituality of Okinawa involves ancestor worship and the forces of nature (animism), not considered a religion, it does not consider spiritual leaders or dogmas, but the destination and the choices of each.

On Sunday, day 9 September, It happens to performance piece A Morte de Shima: one minute for each year of life planned by Shima, where the eve of his 40th birthday, the artist, professor and researcher in visual arts decides to declare his death, after discovering that the family of his paternal grandfather changed the family surname.

In the performance names, What happens day 15 September, Saturday, the public is received by the artists Eduardo Colombo, Tiago Viudes and Vitoru Kinjo for a family ritual. Between drink and food, conversations and confessions, corners are offered, dances and stories of an autobiographical love. Action is, the one time, continuing research and performative work rubbing the boundaries between life and art, intimacy and otherness, stage presence and daily presence, and makes the accomplice public and partner in a love relationship to three.

Work in process a dance documentary that seeks to flow in a strategy to be, Oba no Mun (em uchinaguchi, traditional language of Okinawa, It means "Things Grandmother"), from Lucia Kakazu, continues the occupation RE / OF and takes place on Sunday, day 16 September. The presentation of objects, various records and reports of a grandmother memories, natural of a Japan Post War, to find a body that evidences the collision drama present in cultures with respect granddaughter in a dance crossings and spirals, search and find, ephemeral gestures that are born and vanish into the abyss between two languages ​​and ignite in the presence of what is finite.

The last weekend of occupation RE / OF start day 22 September, Saturday, with the screening of the film I remember more of Crows, from Gustavo Vinagre. In the long, insomnia during a crisis, the actress Julia Katharine, a transsexual woman, tells the story of his life through a monologue. The intimacy of the central character is exposed through real stories of resistance and self-acceptance. After the projection screenwriter and actress Julia Katharine (awarded in the 21th Tiradentes Cinema) chat with the audience.

Vitoru Kinjo with his performance Regional Diaspórico rises to the Earth's center stage on 23 September, Sunday. Musical performance record, the result of a research process, reflection and creation of more than 15 years, in which the artist and sociologist researched topics such as city, economy-ecology, culture and society, identity, genus, diaspora, ethnicity, sexuality, body, performance, political, singing and social action. He leaves the imagination on the roots, always cross-cultural, but connected to the present and the past of the world and earth, for a song that is at the same time anthropophagically ancestral and contemporary.

The occupation RE / OF part of the program of the Performing Arts Center of the Earth. The cultural space opens the door to receive theater presentations, music, dance and performance in what seems most obvious: the experience. Without the search for final products or mere presentations circumstances for fulfilling seasons, artists are invited to build scenic and musical experiences, aesthetics, dramaturgic, choreographic works, performance and conceptual.

The Occupations proposed by the trustee for the Performing Arts Ruy Filho's policy is to provocative artists to experimentalism of new creations in progress, focusing on their concerns; not limited to expected results, but the risks, possibilities and Art radicalidades. Defined, yet, front of the experimental value that the achievements would occupy the spaces as normal seasons, but on condition of small events, noises available to all, in which relevant names will be invited to exhibit their ideas and research. "Establish a space of experimentation is critical to the growth of the theatrical scene, in order to establish in the context of the city of São Paulo new parameters and propositions. Earth Center understands to be in motion its small participatory revolution. We are hoping, What is especially positive, for that not to be so small ", believes the curator.

Earth Center is an independent non-profit cultural space maintained by Keren and Ricardo Karman. Inaugurated in 2001 and refurbished in 2015, its facilities include a theater with Italian stage, a workshop, coexistence of square with a cafe, a terrace and multipurpose rooms. The theater is located twelve meters below the earth's surface and opened, after ten years of works and excavations in the fourth and fifth basement of a building, the Perdizes, in São Paulo. Its name comes from its underground location and is, also, a tribute to the show Journey to the Center of Earth held, in 1992, by Kompanhia Earth Center.

The program is addressed to all public, focused on production, presentations and training activities in Music, Performing and Visual Arts that prioritize contemporary language, and dialogue with the research Kompanhia Earth Center. The choice of the programming is done by a team of curators, from their copyright research, bring to the Earth's Core experimental work by emerging artists and / or established, releases, remontagens, post debut seasons and special projects. The site also houses the School of Art Grain Earth Center, developing a free course in which children and adolescents participate in experiences in different artistic languages ​​and is based on the freedom of establishment, playfulness and collective participation in single courses.

RE / OF -Of 8 to 23 September, saturday and sunday, to 20 hours, the Earth's Core. Artist - Shima. Curated By -Ruy Son. Tickets - Join aware of R $ 15,00 the R $ 50,00 (the public, aware of the work involved to carry out the show, and the value it gives to experience this experience, choose as you think appropriate pay for your ticket, according to its financial condition) sale by site https://www.sympla.com.br/centrodaterra.