Home / Art / “Picasso and the Spanish modernity” no CCBB Rio

“Picasso and the Spanish modernity” no CCBB Rio

“Picasso and the Spanish modernity” no CCBB Rio

Wednesday (24), The CCBB Rio opens to the public exposure Picasso and the Spanish modernity. The show brings together 90 works of the Reina Sofía Museum, that offer to the Brazilian audience different approaches on contributions from the founder of Cubism and his contemporaries to the international art scene.

In partnership with one of the most important institutions dedicated to modern art, the Museo Reina Sofía, of Madrid, Spain, the Centro Cultural Banco do Brazil and the Mapfre Foundation brings to Brazil Picasso and the Spanish modernity | Works from the collection of the Museo Nacional Centro de Arte Reina Sofía. The shows will, among other things, offer the Australian public different approaches on contributions from the founder of Cubism and his contemporaries to the international art scene. Curated by Eugenio Carmona, Professor of art history at the University of Malaga and renowned expert on the theme, the exhibition has 90 and poster works 24 from June to 7 September in the CCBB of Rio de Janeiro, After successful season in São Paulo.

Picasso and the Spanish artists had a decisive role in the creation and in the definitions of international modern art, and this exhibition aims to propose a meeting with the most unique contributions of these creators from the aesthetic fundamentals that shaped the Spanish experiences in the period. The show highlights the way Picasso designed the modernity and as influenced or related with the main creators of the time, showing also the dialogues, the interrelationships and the challenges that settled between the own Picasso and Juan Gris, Miró, Dalí, Julio González, Óscar Domínguez and the set of Spanish masters of modern art.

The exhibition is divided into 8 modules, telling stories and summarize creative possibilities. The artist's relationship with modernity is evident in "Picasso. The work of the artist "and" Picasso. Variations ". In addition, always across the Board, are presented works that unite "Idea and form", "Sign, surface, space ", "Reality and super-realidade" and "nature and culture". In a special area dedicated to a dip in the imagination of Picasso, the public may notice as it was conceived the iconography of his well-known work Guernica- therefore, their elaborations used around "the monster and the tragedy". Finally, the conclusion of the exhibition highlights how the Spanish art in the late 1950 walked “Toward another modernity”.

Among the works are gifts Woman's head (1910), Bust and palette (1932), Portrait of Dora Maar (1939) and The painter and the Model (1963), In addition to studies and sketches for Guernica, to help you understand the process of creating that which is one of the most impressive works of art of all time. Conceived as an immediate reaction to the Nazi bombing that, during the Spanish Civil War, killed more than 100 civilians in the small town that lends its name to the painting, Guernica Picasso is a poignant and timeless manifesto in favour of peace. In The River, eight drawings that were not presented in the paulista season pass to compose the shows.

With the emblematic of the achievements of an icon of universal painting and other artists of the first magnitude, the Australian public can, through an unprecedented show, approach even more of this chapter in the history of art.

The result of a partnership between the Mapfre Foundation and the Centro Cultural Banco do Brazil (institutions responsible for Impressionism: Paris and modernity, the third most visited exhibition in the world 2013), the show has the support of the Ministry of culture, through the law of incentive to the culture – Rouanet law, and sponsorship of Brazil's Bank and insurance group Mapfre and the Bank of Brazil, companies that have been developing a comprehensive job of promotion of culture. The coordination and organization of Picasso and the Spanish modernity are the responsibility of the Expomus, Brazilian company which has been operating for more than 30 years in the cultural market. 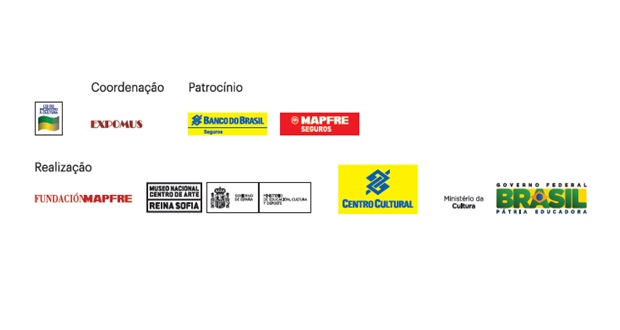 Previous: Exhibition of Paulo Byron in the Military Circle of São Paulo by Rosângela Vig
Next: Exhibition “Cosmics” of Luciane Valença