Of inescrutavelmente in spots
As a broad space of agonies
Unfading paint music
The fire in the lucidity cold things:

So pathetic you are, so sleepy
My colors look mortificais
Between crestados and grey green
Rusts in the prelude of metals.

To paint without shouts in scarlet
In profound revolt against crime
Of those who have made the sad life? …
(MATHEW, 2006, p.38)

Amid the noise of vehicles, the steps out of order, the rumorejo of voices and the floors look forward, the nervous Brigadeiro Luís Antônio, in Sao Paulo may seem just another avenue, among so many, in the bustling metropolis. But stress can surrender and give a break to look, on the eighth floor, the number 278. There, the beautiful art attenuates the tiredness, relieves the semblant rundown of the hustle and bustle that looms large. 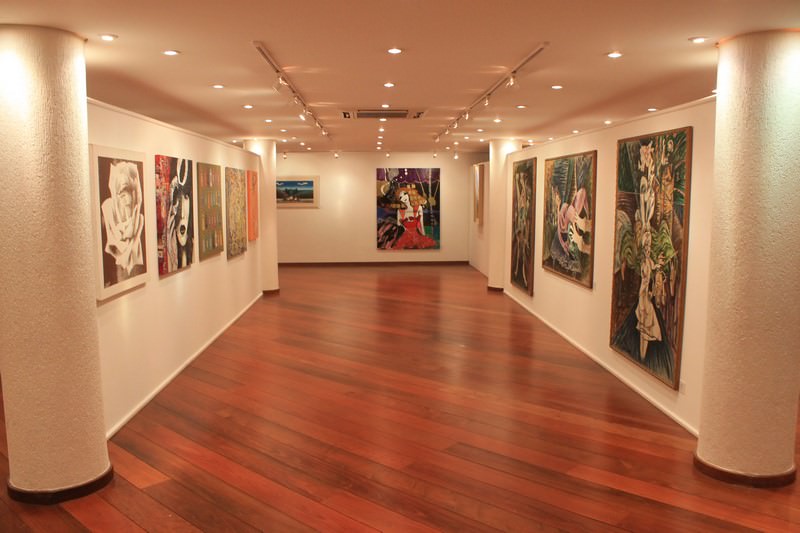 The site is the Pinacoteca of the Associação Paulista de Medicina, begun in 1940. Its initial function was to promote debates and lectures, of which they were part, doctors, art critics and artists. The purpose was to stimulate interest in Art, from the creation of a gallery of Brazilian artists, of the time. In addition to the doctors who used to participate in the meetings, There were names like Di Cavalcanti and Aldo Bonadei. Among critics, were Sérgio Milliet and Lourival Gomes Machado. In 1948, under the directorship of Ernesto Mendes, began to be formed the acquis, with 14 works of the leading modernist painters, purchased by much lower still values to current. Two other works were donated by the President of the APM, Professor Jairo Ramos and another by the Lasar Segall. The Brazilian modernism, Besides Lasar Segall, There are works by Tarsila do Amaral and Anita Malfati. And, the wealth of the acquis, There are still Grinding, Bonadei, Volpi, Clóvis Graciano and Zanini, components of the grupo Santa Helena 1 who, in the 30, met in workshops of Grindstone and Zanini. Of Contemporary Art, He started taking after features 1950, added to the Pinacoteca of APM, Alex Flemming, Antonio Peticov, Caciporé Torres, Claudio Tozzi, Gustavo Rosa, Aldemir Martins, among many other important artists. To receive the rare collection, the eighth floor of the building of the APM was renovated and became a pleasant place of appreciation of works of art. 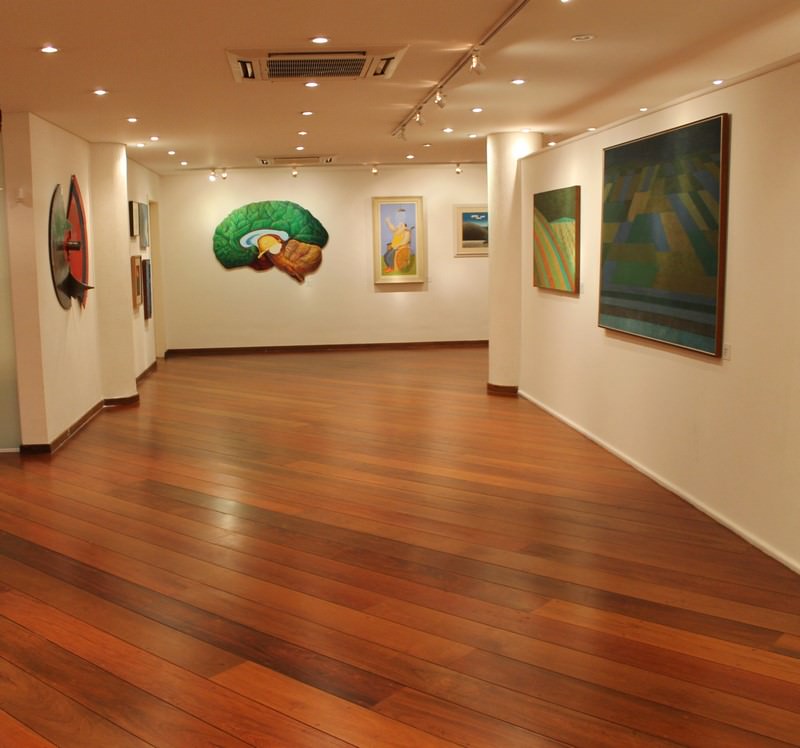 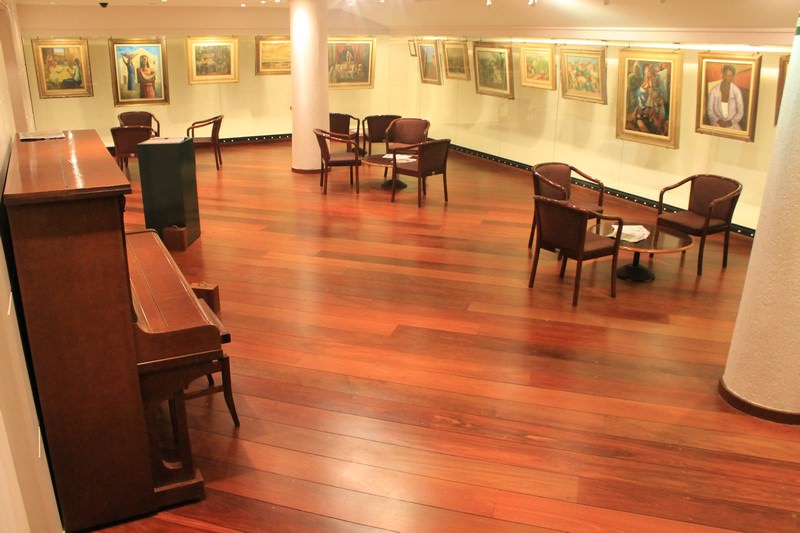 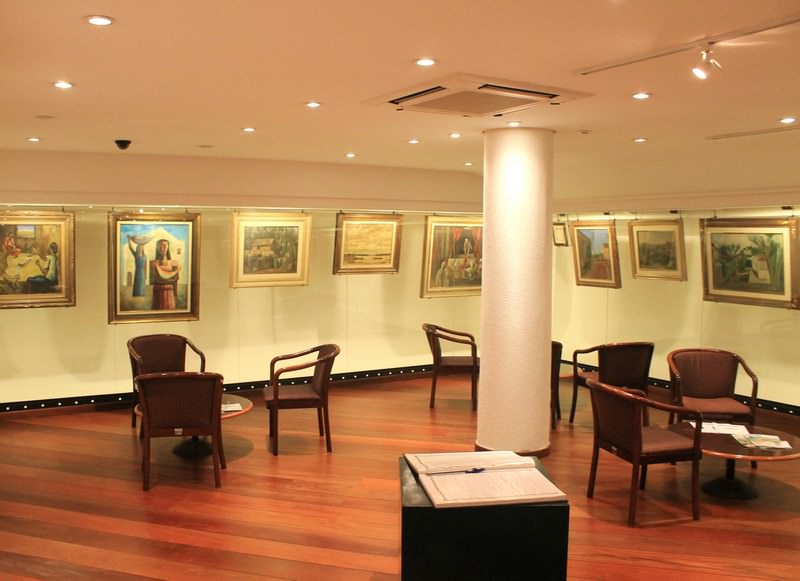 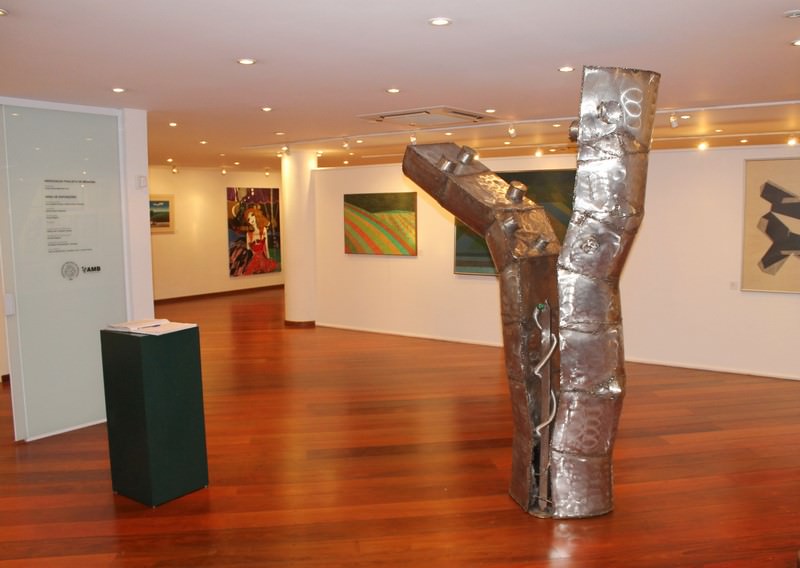 Under the directorship of Dr. Guido Arturo Palumbo, since 1991, the Pinacoteca of the APM opened the doors to solo exhibitions of artists. Would be on the APM, the use of space, the invitations and the cocktail; the artist, fit to leave a work for the collection. Moved by his passion for Art, the Director expanded the collection, It was great. His fascination made possible the dissemination of new talent and added more names of contemporaneity to the set. 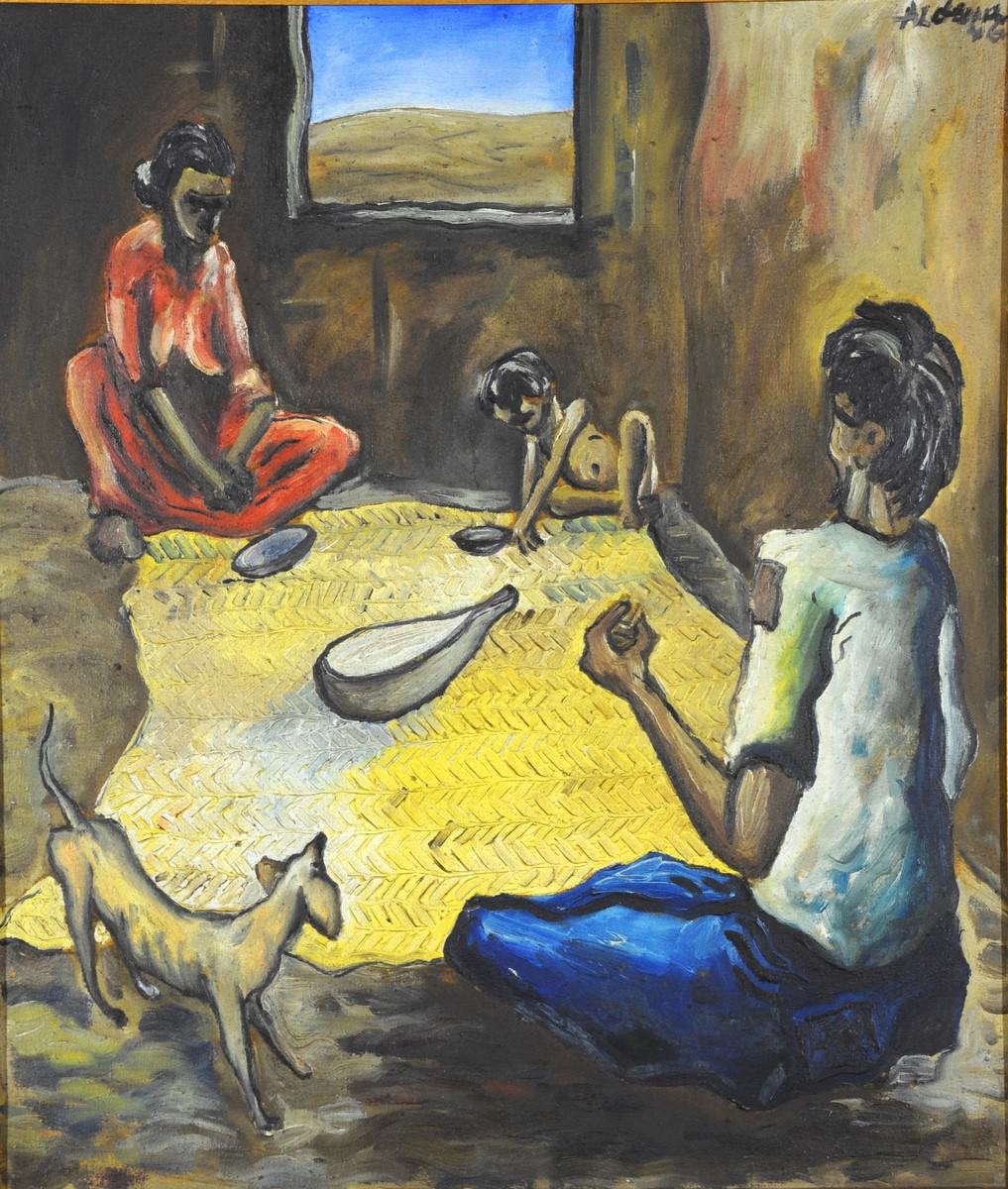 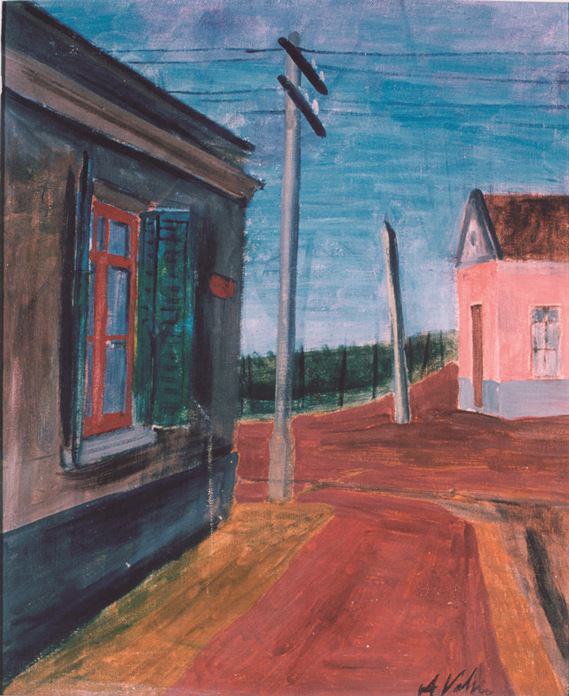 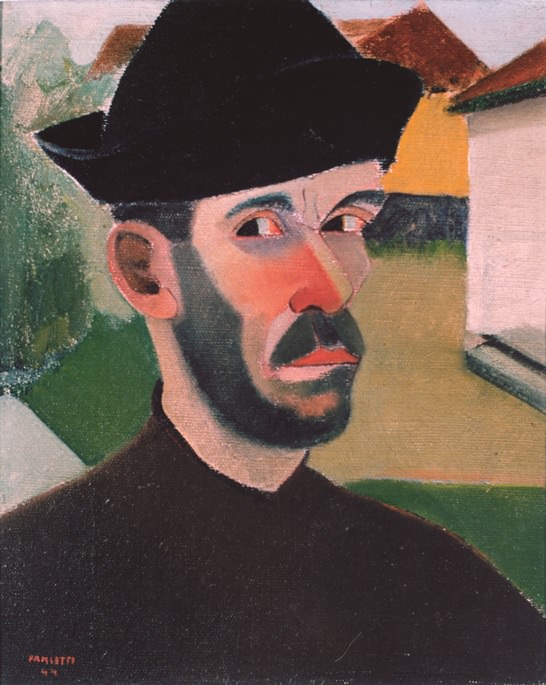 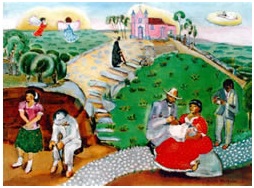 The works of modernism that are part of the collection are names of participating artists of the week 22, as Anita Malfatti, Di Cavalcanti and Tarsila do Amaral (Figures 4, 6 and 8). On the traces as unique to each, sharp modernist thought records were, Brazilian culture, of pictures so full of Brazils, so rich of colors, so full in boldness in the form, that caused impact on time. More sober in tone, Lasar Segall (Fig. 5) He illustrated the interior, with their horses and simple ' good redneck. Aldemir Martins (Fig. 1), unconcerned with the form, didn't bother to portray poverty, they often do not want to see, and what is hidden between four walls. Dry mat, about the clod represents the table. About her, just an empty bowl and desolation. Volpi (Fig. 2) represented an interior with pure colors. At that time their flags still not colored by voejavam screens. And the pure colors still went through the screen of Pancetti (Fig. 3), under the gaze of the artist himself ressabiado. In dash so unique and unmistakable Rebolo (Fig. 9), the painting almost acquires nuances of watercolor, When the color is lost on the horizon, along with the look of the visitor, enchanted by traveling outside of the interior, the landscapes that can be in many pieces of Brazil. 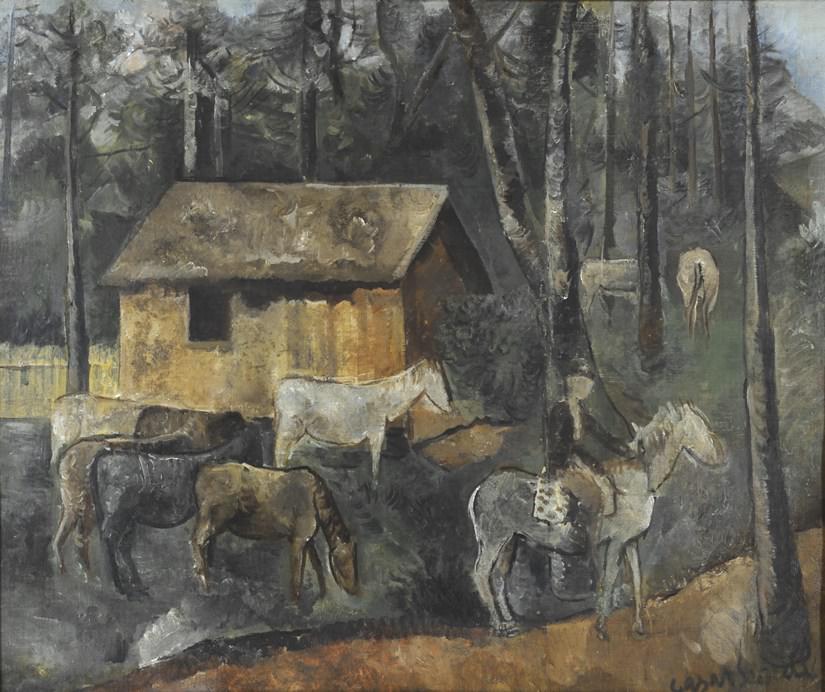 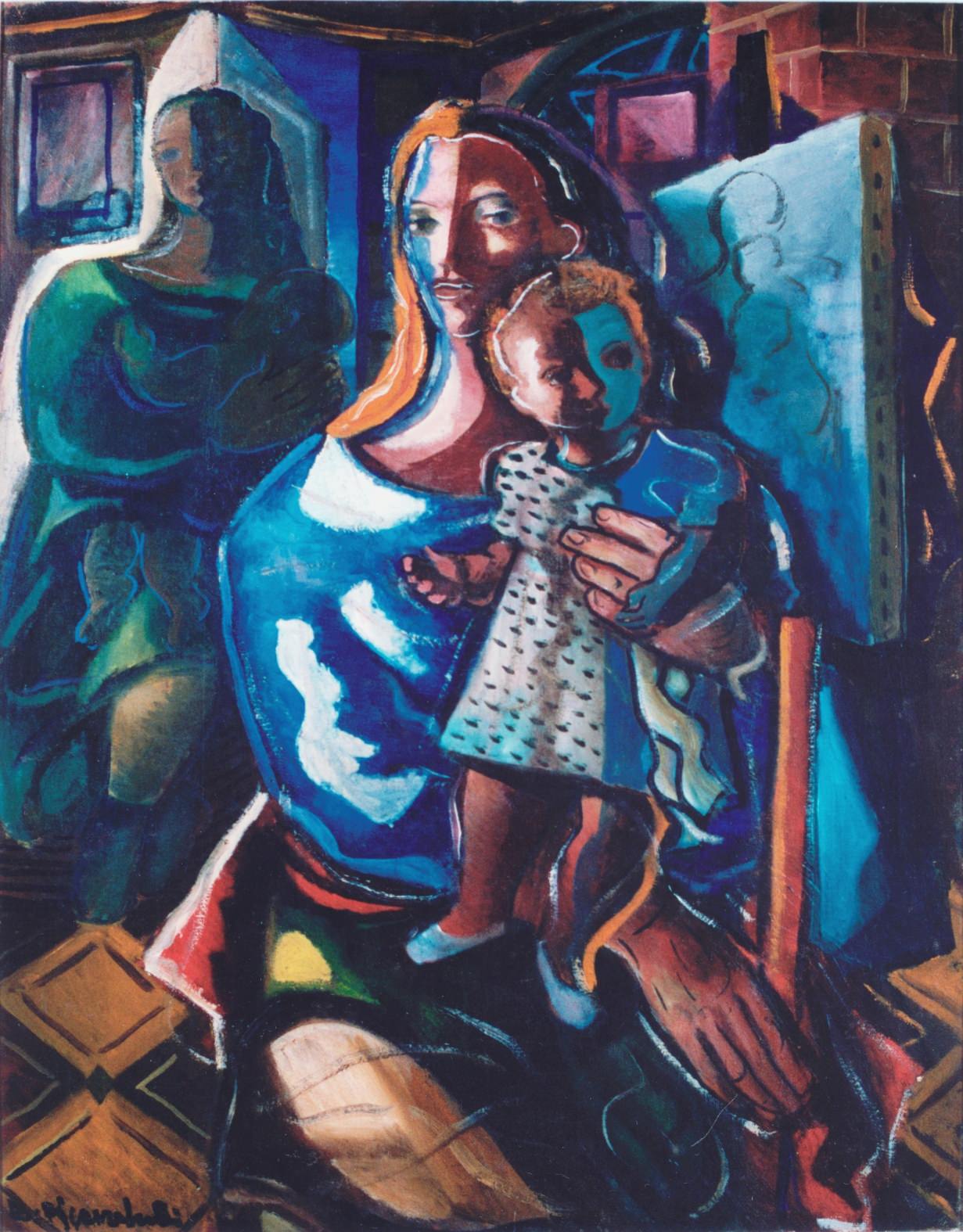 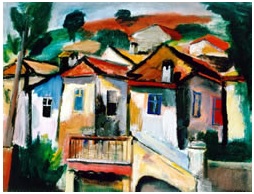 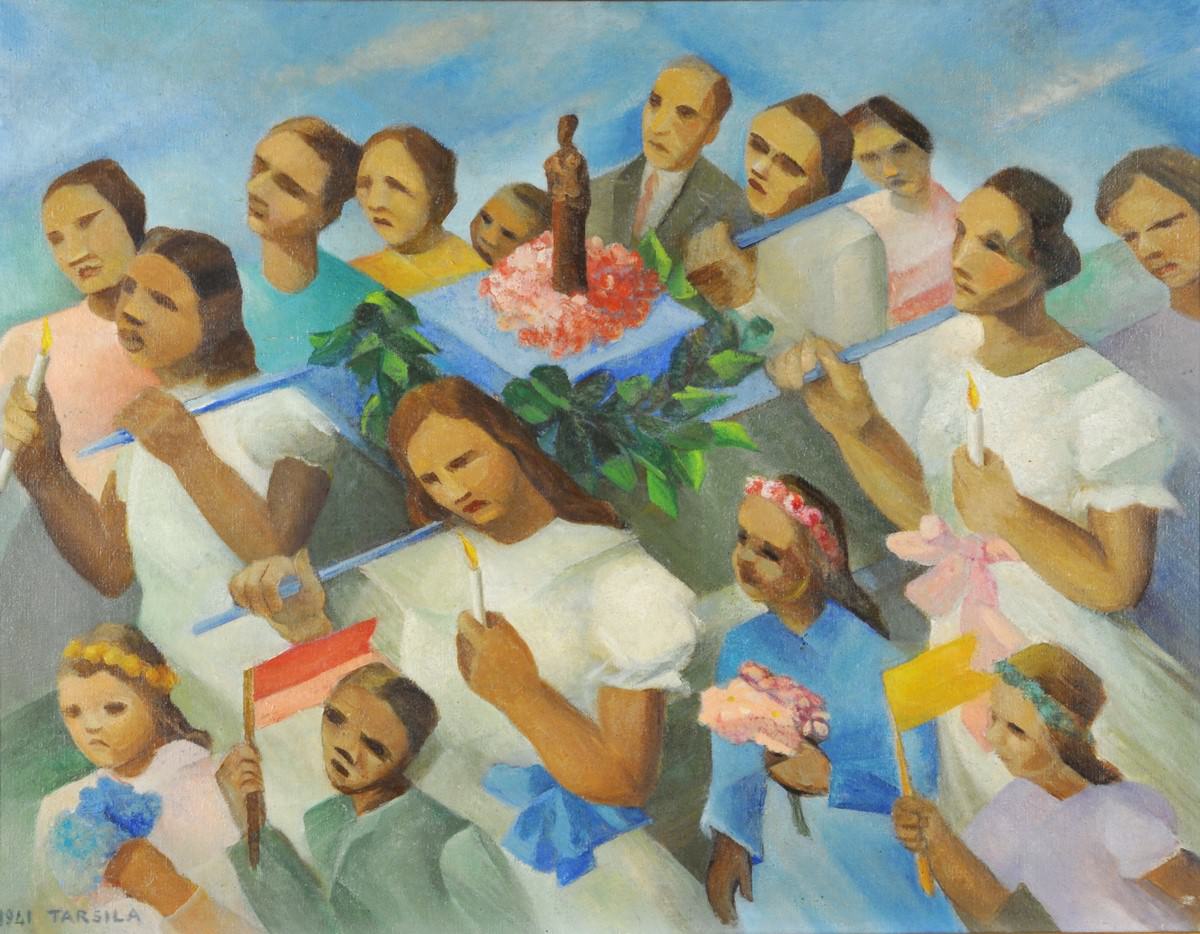 The pictures of the interior of Brazil yield, slowly, place for a restless Contemporaneity that emerges around the years 50. These portraits of Art, freedom is clear in the work of Cláudio Tozzi (Fig. 11). Your big city, full of skyscrapers, anything scares. The colourful, the advances in color, has tom Jolly, cosy and plays with the prospect. Also Contemporary lineage, the sculpture of Caciporé (Fig. 10) suggests the lightness of a butterfly, contrasting, as with the strength of steel, material of which the sculpture is made. 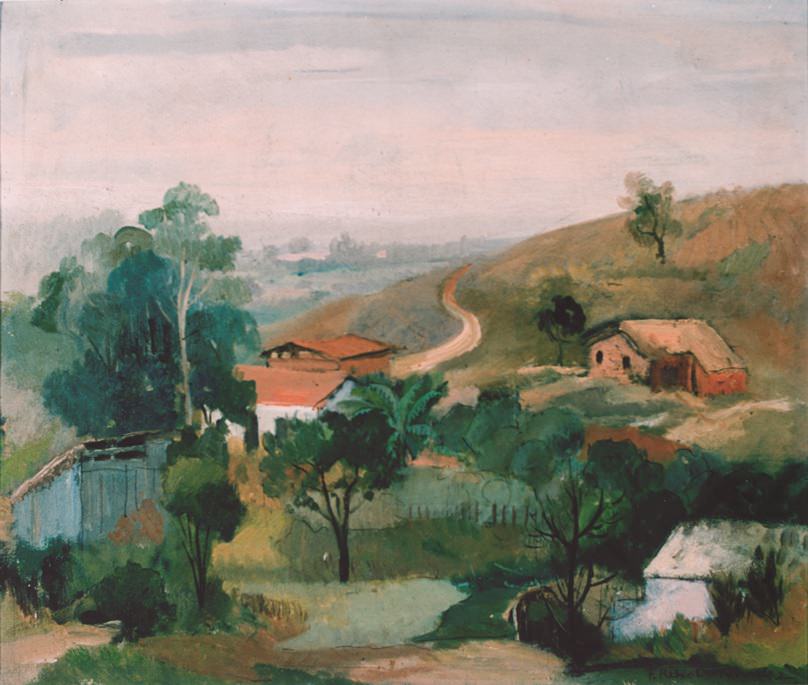 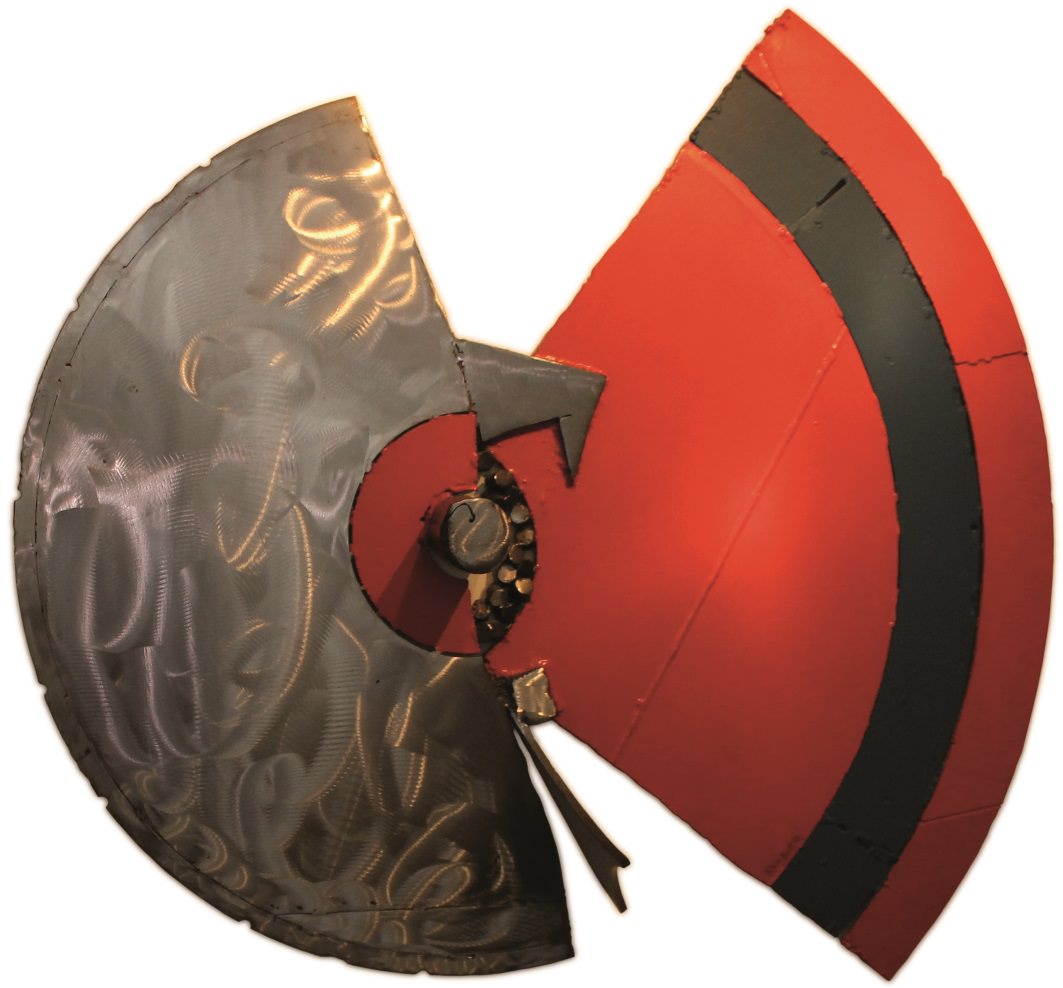 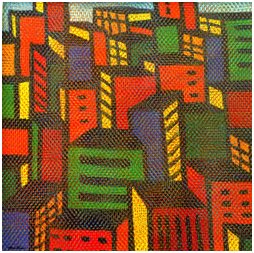 But wouldn't be enough just beautiful collection. Your enchantment for art, Dr. Guido even prepared a special exhibit, with part of the works of the acquis, that will be open from 26 November. On the day of opening, a book about the artists and their works, with texts of his own Director of the Pinacoteca and the art critic Jacob Klintowitz. The book will be available for visitors, no cost. And the art gallery is open for visiting individually or in groups, with APM's own monitoring, from Monday to Friday, from 10 to 19 hours. 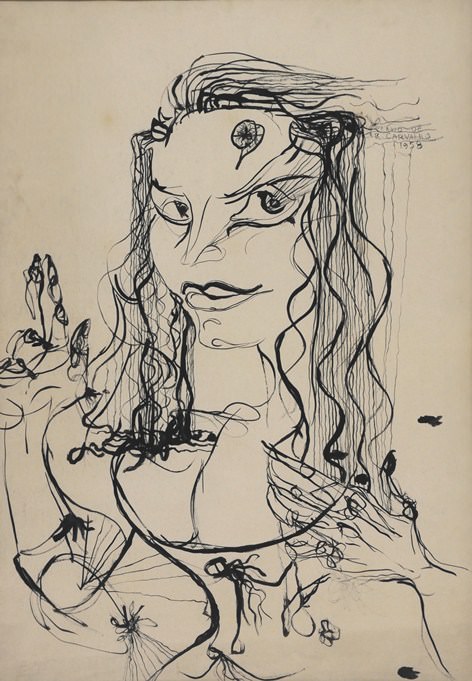 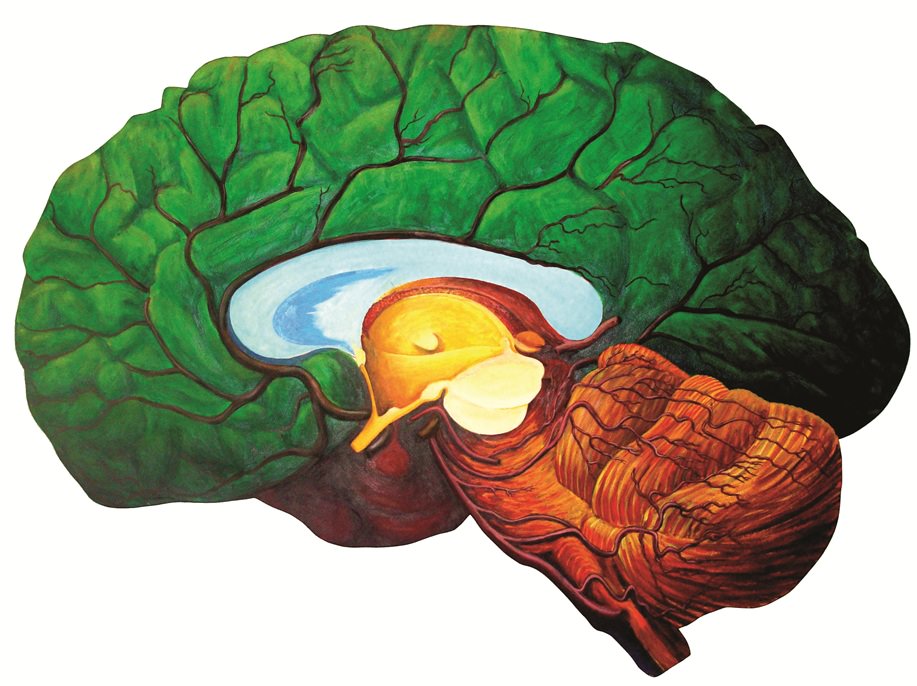 Maybe that move the art is passion, the enthusiasm, the fascination with color and shape. But it only required a open heart, for the beautiful charm and to the Sublime awaken the spirit. While there is such in love, Art's end. You need to read the sonnet of Olavo Bilac, to understand this thought, with clarity,

"Now (you will say) hear stars! Right
You lost the sense!"and I will tell you however,
That, to hear them, a lot of time awake
And open the Windows, pale in amazement…
And talked all night while
The Milky Way, as an open courtyard,
Flicker. And, the coming of the Sun, longing and tears,
Yet the desert looking for.
Say now: "Crazy friend!
That conversations with them? That sense
Have what they say, When are you?”
And I will tell you: "Love to understand them!
Because only those who love may have heard,
Able to hear and to understand stars. "
(BILAC, 2007, p.28) 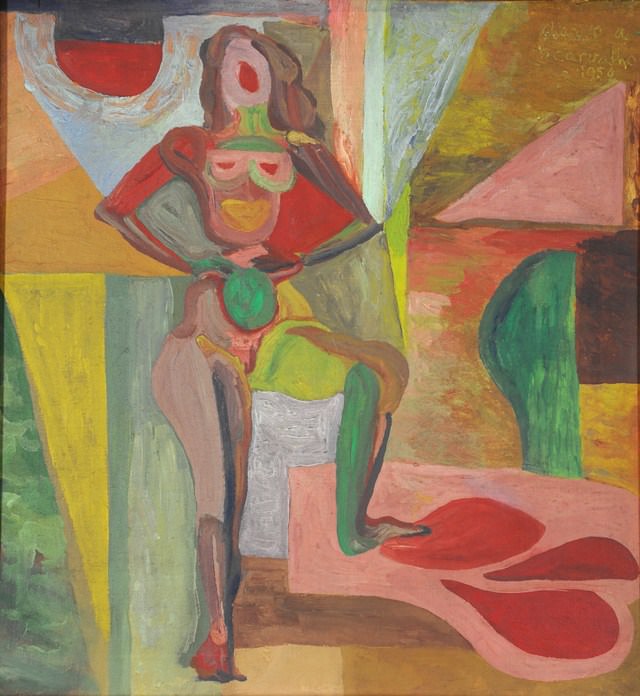 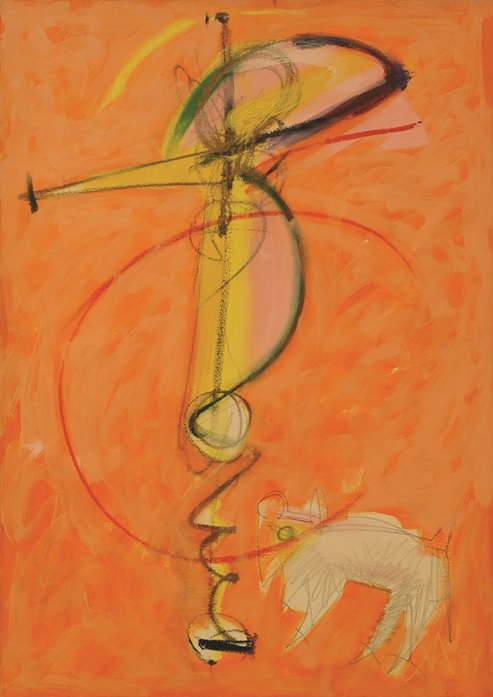 And it may be that the craft still write more stories like this, charming and so constructive our culture.

1 The Santa Helena Group was one of the most important of modernism. Various artists gathered in the Palacete Santa Helena, next to the ground Zero of the city of São Paulo, in the number 13 the Praça da Sé. The group grew, as well as their motivation for art. Simple social origin, many of these artists were self-taught and came together for a common goal, the art of living.
www.mac.usp.br/mac/templates/projetos/seculoxx/modulo2/modernidade/eixo/stahelena/stahelena.htm

Previous: ' 12 years of Slavery ' will be displayed at Sesc Sorocaba
Next: With inauguration of the Shared Centre of Creation, Cultural area wins Innovative Space