Paintings of Chilean Macarena Acharán on MNBA by Nelson Moreira

Paintings of Chilean Macarena Acharán on MNBA
by Nelson Moreira

Delicacy, violence complaint and live in a playful tension on the screens of artist and teacher Macarena Acharan (born in Santiago de Chile). The restlessness of the artist throbs in paints and in the movement of strokes, denouncing the status of women in the world. It is what it promises exposure “Girl Oils”, curated the Italian-Brazilian poet Carlos DiMuro, the NMFA opens next day 10 March. 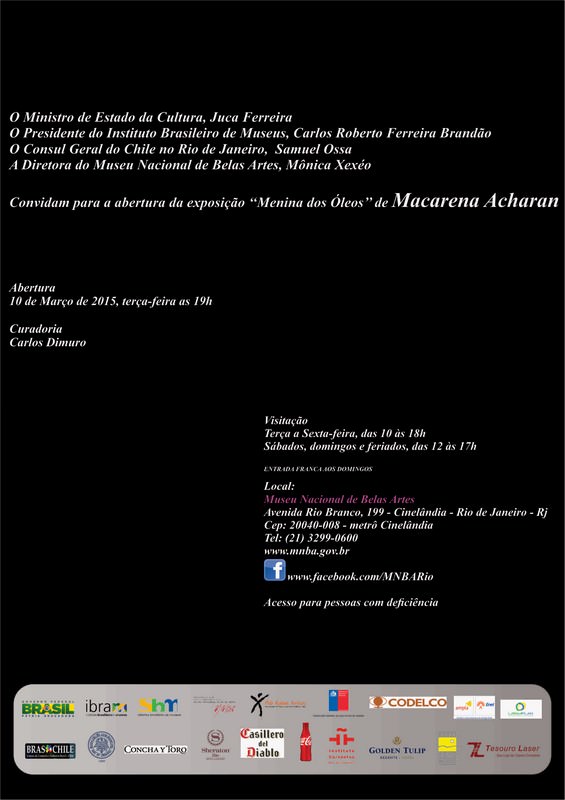 Exposure comprises 23 oil paintings by the artist Macarena Chilean Acharán – who have their works exhibited in various museums in the world – “presents women of all ethnicities, creeds and aesthetic, translated by throbbing colors and loaded strokes of intimate issues while universal, beyond the mysteries featuring the female universe”, notes Dimuro.

According to the critic and poet Brazilian Gullar, one of the virtues in Acharan work is that it the line representing the human figure – almost always the female body – is part of a rich expression, that transcends the figurative representation, giving it dramatic and termination. She has own voice. Gullar adds that: “Painting is not only the representation of people and things, that is, is not just what figuration shows. For this reason, a feature of modern painting is the pursuit of expressive autonomy of colors and lines. The Macarena Acharan painting is example”. 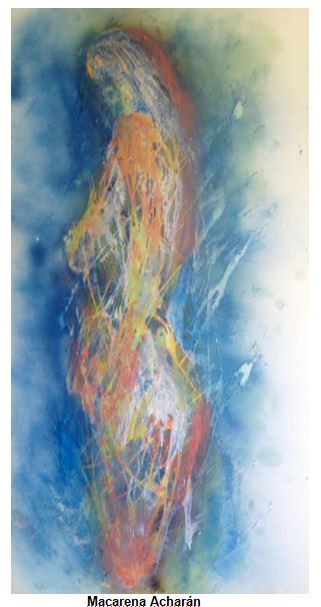 Macarena has in its formation studies at the Pontificia Universidad Católica de Chile Degree in Arts with mention in Painting (1978 – 1982 ). She came to also complete 3 courses taken in Brazil: Course in Interior Design, Pan American School of Arts in Sao Paulo (1993 – 1994), Course Sculpture, University of Brasilia (1999 – 2000) and Human Figure Drawing Course at the University of Brasilia also (2000).

Some of the works of Chilean artist are part of museum collections in some countries of Latin America and Europe as: Brasil, Argentina, Chile, Ecuador, Panama, Peru (Latin America), Spain, Finland, Holland, Italy, Lithuania, Portugal and Poland (Europe). In Brazil, Macarena already held three exhibitions: at the Hilton Hotel in Sao Paulo (1993), in Latin American Memorial, also in São Paulo(1994) and at the Business Center of the Consulate General of Argentina(Rio de Janeiro). 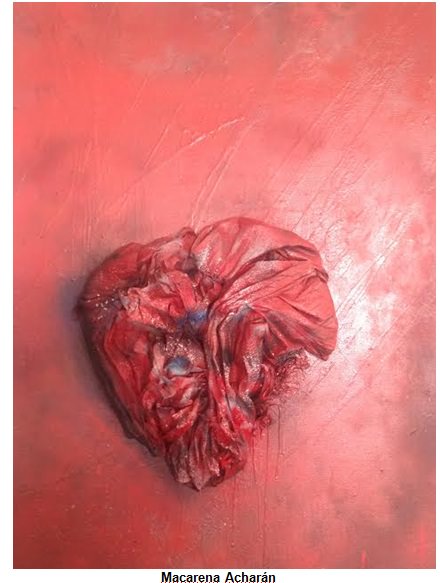