Home / Art / "Why do not we live?"Discusses the importance of the individual to the social transformations 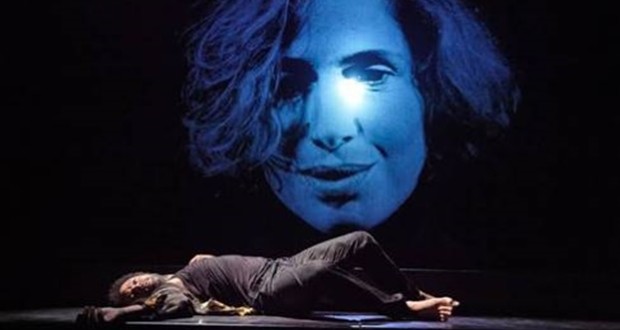 Between the days 14 February and March 1, the play "Why Do not We live?"Makes season at the Teatro Cacilda Becker, returning to be staged 20 of the March 19 April. Directed by Marcio Abreu, production is an adaptation, made by director alongside Nadja Naira and Giovana Soar, an untitled text written by Russian author Anton Chekhov (1860-1904), which seeks to reflect on the potential of each person and the greatness of his actions from a social perspective.

The assembly tells the story of Platonov, a bankrupt aristocrat who became a teacher and finds Sofia, a youth love. The rapprochement makes both think about their past and things that have abdicated.

According to the director, notes the text focuses on the power of each individual. "This piece, in some way, It reflects on how each can – or could – act from your little life, that is very important, a greater dimension, more collective ", account.

Marcio says the text of the adaptation process was long. a translation was commissioned directly from the original language, Russian. After, They compared the result with versions in French and Spanish, until you reach a material for the Portuguese who considered good. After completed the translation, They made several working sessions in order to adjust it. According to the director, the goal was to bring the content of your understanding of perspective on the theater today and dialogue with the public through him.

The show brings in Camila Pitanga cast, Cris Larin, Edson Rocha, Josi Lopes, Kauê Persona, Rodrigo Bolzan, Rodrigo Ferrarini and Rodrigo dos Santos. The director says that, during preparation, his own adaptation was to refine as the artists had contact with the work. "The actors were crucial for us to come to the text as it is today", account. Marcio stresses the importance of making the rehearsal room a "place of construction of memory and activation of the theatrical event."

The inspiration for the title of the piece, originally, It was taken from a speech by Platonov character in a dialogue with the character Sofia. "At one point, he asks: 'Why do not we live as we could have lived?’”, account Director. The show's name, however, symbolizes something bigger, achieved through a purposeful ambiguity team. "Why do not we live?"Has a proper movement both for an appeal to the future as to an inquiry about the past and what is resigned. "This title refers to look very, the cut that we tried to create this work of Chekhov ", says.

The team responsible for the adaptation also concerned to strengthen the feminine vision of the piece, giving greater emphasis to these characters. according to Marcio, the Chekhov texts always have women flagship, but, in this case, "They have a function of generating transformations and changes in routes, triggering small revolutions. "

The director considers "Why Do not We live?"A current and relevant piece. "The show aims to reflect and think our downfall today and where we go from a perspective of the individual as collective power to change". For him, "Every existence, every life is dynamic, turns and turns the other ". In this sense, who is living is "who seek to live their uniqueness in line with a more collective sense of the world", not only as a "tyrannical assertion of the subject."

The show is divided into three parts, together with different languages: a first that characterizes director as "an act of coexistence", in which there is a closeness to the public; the second is "sensory" and features an image joint work Marcio created alongside the visual artist Bat Zavareze; and, finally, as the last part, the director calls "more stripped of theatrical elements" for seeking a 'statement of a crudeness of the presence of those bodies. "