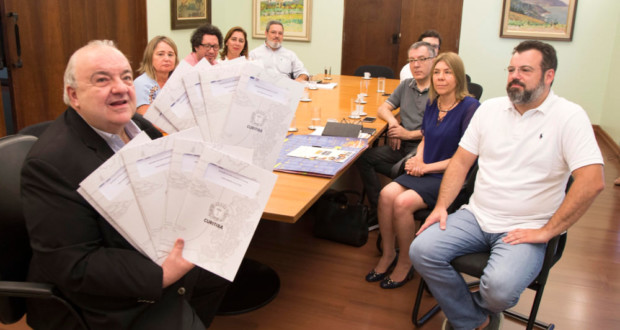 The mayor Rafael Greca along with the president of the Cultural Foundation of Curitiba Marcelo Cattani, They released this Monday, ten new edicts of the Municipal Fund of Culture in various artistic fields, the total amount of R$ 2,9 million. Curitiba, 22/01/2018. Photo: Valdecir Galor / SMCS.

The mayor Rafael Greca launched on Monday (22/1) ten new edicts of the Municipal Fund of Culture in various artistic fields, the total amount of R$ 2,9 million. The application period starts on Monday and runs until 21 February. The announcements with all the information is available at the Cultural Foundation site.

This year, seven edicts are more than in 2017, when it was launched three calls of Municipal Fund for Culture, the total amount of R$ 2,5 million: R$ 1 million in Carnival Notice 2018; R$ 1, 2 million in Audiovisual Notice; e R$ 300 thousand in Bidding Theater Paiol.

"The year 2018 marks a great advance of the cultural movement of Curitiba. For the first time the city has also bids for each Regional, expanding cultural programming that is made in the neighborhoods”, said the mayor. “Culture is a bird with two wings: one is creativity, the other is the tradition. With the innovation of creativity and tradition of our Curitiba memory will soar to again be featured in the cultural scene of Brazil. "

They will be launched four calls the performing arts area and other visual arts, comics, folklore and cultural traditions, literature and new languages ​​- the latter unheard, as well as a hiring notice shows and artistic workshops for all regional city. Altogether they will be hired 261 cultural projects.

In the Notice of Cultural and Artistic Dissemination of Regional Centers of the Curitiba Cultural Foundation will be selected 150 projects shows and workshops in the areas of performing arts, visual arts, music and folklore, crafts, popular culture and other traditional cultural expressions. these projects, which will receive a total of R $ 500 thousand, They should be developed in the neighborhoods, taking into account the culture of decentralization goals.

In the case of the Circus Ze Priguiça notice, located in Alto Boqueirão, proposals should include not only the assembly of spectacles as well as offering circus workshops for children and youth, exploring the artistic and pedagogical aspects of circus language. The dance notice will provide financial support to professional dance solos assemblies for presentations at Casa Hoffmann - Movement Studies Center.

All other tenders have the amount of R $ 300 thousand each. The Stock Notice Reading Incentive - Literature 2018 will hire 20 story-performing project stories and read cycles in different literary genres. The Occupation Notice of exhibition spaces 2018 select five proposals for exhibitions for the Museum of Engraving and Photography.

Aiming to promote the production of comics, illustration, cartoon e RPG, It will be released the Notice Publication 2018 to select nine publishing projects (printed or virtual) in this area. In addition to publishing, the project must contain the launch event, an exhibition and a workshop, all free, wherein at least one of them is developed in Curitiba Gibiteca. 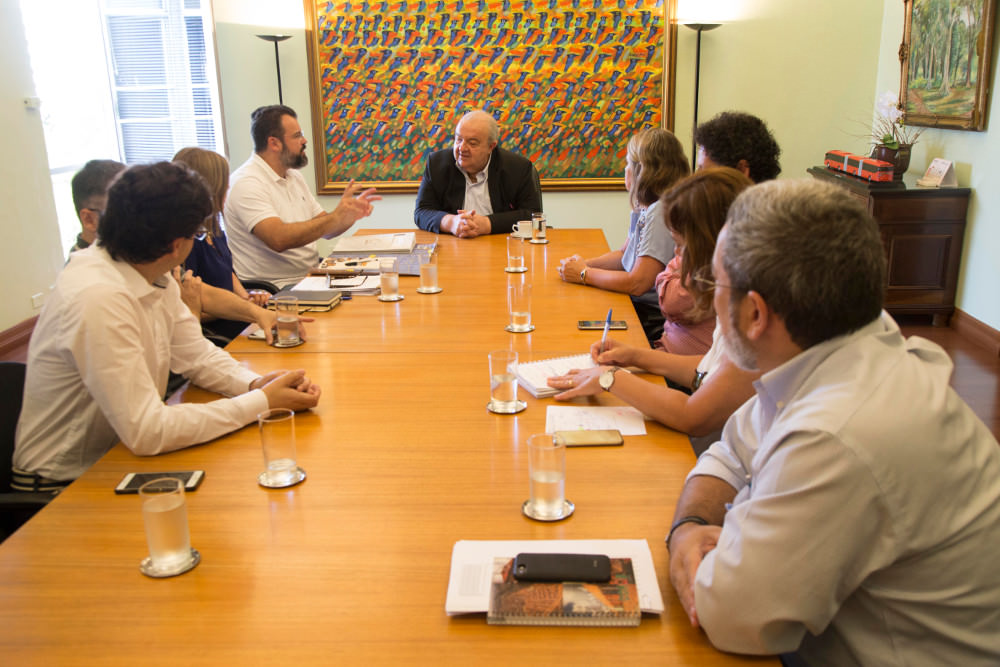 The mayor Rafael Greca along with the president of the Cultural Foundation of Curitiba Marcelo Cattani, They released this Monday, ten new edicts of the Municipal Fund of Culture in various artistic fields, the total amount of R$ 2,9 million. Curitiba, 22/01/2018. Photo: Valdecir Galor / SMCS.

The Folklore and Cultural Traditions Notice 2018 It aims to encourage demonstrations in folklore and popular culture area, in sports such as crafts, dance, poetry, music, theater, and cooking corner. They will be contracted 35 projects in this notice.

Closing the list, an innovation: the Shared Authorship Notice and Temporary Basis - Creativities Center Curitiba, which includes new languages ​​and collective creations. will be selected 24 proposals and applicants can choose between two modes - the occupation of the Creativity Center and occupation of public spaces or alternative spaces.

Inscriptions: until 12 pm of the day 21 February