Project seeks to rescue sonnets through the juxtaposition of artistic forms

All my love I'll be attentive
Before, and such zeal, is always, It's a lot
That even in the face of the greatest charm
I am more enchanted my thoughts.

And so, when later look for me
Who knows death, who lives in anguish
Who knows the loneliness, end of the loving

I can say I love (I had):
It is not immortal, since it is flame
But that is infinite while it lasts.

If we were challenged to illustrate the consecrated Fidelity sonnet, Vinicius de Moraes, that photo fit? The written word and the relationship with the image that produces, the many possibilities of readings and interactions that reveal the ways of looking at the world. This is what the poet, singer and photographer Eduardo Maciel proposes in his book SonetIMAGEM, in which the reader is invited to assimilate text and image in the author's sonnets and pictures that are inserted in a playful way. The book is the first market to seek interconnection between sonnets and other art languages ​​and will be released on Saturday, 14/9, with book vernissage, from 14h to 17h, in Building Itu (Thirteen Avenue May, 47 – room 2103).

Second book in a marathon 7 (with 50 each sonnet and can be read in random order, except volume 5), dedicated to the cultural revival of the sonnets in Brazilian literature, in its different forms of design internationally cataloged since the thirteenth century, the last season of the series (oops, book) It is expected to 2022. this volume, Eduardo Maciel, corresponding academician of the International Academy of Letters, Arts and Sciences, promotes the marriage of letters with photos, now of the poet authored, now directed by him. Already in one ear, a review of the Master in Social Sciences, photographer and visual artist Thiago Facina.

One of the project goals is to redefine a place for those originally Italian poems and have fixed form in four stanzas mostly, presenting meter and rhyme, idea of ​​development and finally its sense or meaning. The production of sonnets has been declining sharply since the nineteenth century after having experienced, in the XIVth, XV e XVI, certain popularization. Eduardo believes that this rescue could happen at the interface with other arts by the peculiarity that the sonnets have, in form and content.

Make as many as possible associations between what he writes and readers everyday scenes is the great cheap SonetMAGEM. "The self-lyric is the covenant commitment to make fruitful the marriage that can generate infinite children", relativize Eduardo Maciel to make playful poetic experience.

The reader will find polar sonnets, French, shakespearianos, heterometric - verses different numbers of syllables -; monorrítmicos; and petrarquianos – two stanzas four verses and two of three verses, among other - along the selfies, memoirs, pictorial frames and fragments. And so the intimacy unfolds.

Having as references Augusto dos Anjos, Camões and Cervantes, Eduardo Maciel develops different types of metrics and has several inspirations. From the book 3, it appears with a kind of sonnet by himself created: the "Rio sonnet", who has a rhythmic structure that resembles a little bossa nova, only in literature.

Besides the artistic function of the sonnet, Eduardo Maciel reinforces the educational function of gender. "How they are small and have rhymes, It is an excellent tool to introduce the literature for children ", it exemplifies, whose book of sonnets SonetATO, first book in this series, released in 2018, already occupy classrooms in the metropolitan area of ​​Rio de Janeiro. 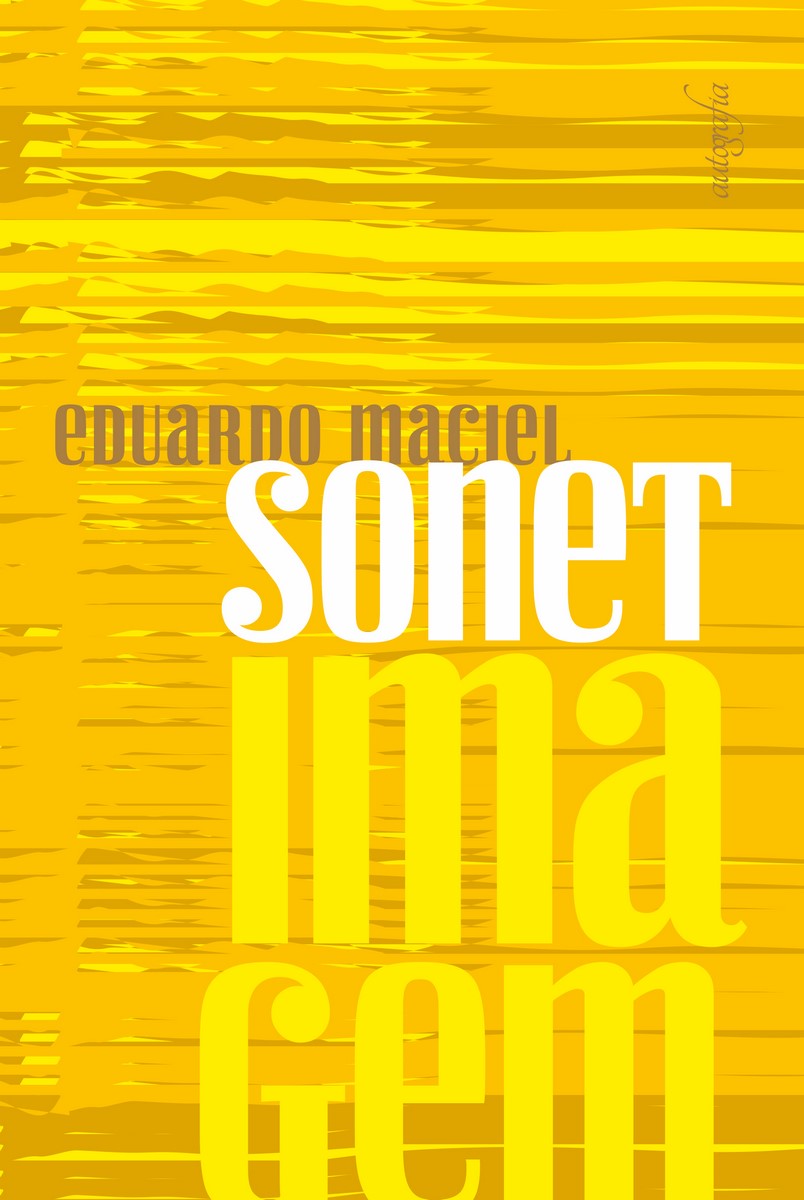 Rescue sonnets in the scenario of Brazilian literature in all its forms sixteen composition, with the expected launch of seven books whose cover art interrelate (the end form the rainbow colors having the function also of decorative piece) and titles are always neologisms involving the word radical SONETO, and in five of the texts talk with other art languages. In these, the project contemplates activation actions that put role in other art accompanying sonnets. No case of SonetIMAGEM, It will be a photo exhibition.

– SonetILUSTRA – sonnets and drawings / illustrations and activation in art and graffiti gallery in the gallery during the exhibition / launch.

– SonetONS – sonnets set to music with chords for guitar and QR code in the book to access to 50 music and traveling show.

– SonetEATRO – sonnets talking to performing arts. There will be a traveling piece upon registration in notices, in which the speech of the characters are the verses of the sonnets. One that needs to be read in sequence, and where all 50 sonnets are Italian-type.

– zone Terror – sonnets focused on suspense genre / thriller or horror, until now only exploited in prose rather than verse. The idea is to make it public in the genre fairs, as activation.

– SonetESTILO - articulated sonnets with the theme of fashion, understood as art, to project closure.

Eduardo Maciel é poet sonetista, author of short stories, chronic and portal columnist Journal of Poetry (Sonnet column Tariff) Letters Magazine's give the. He published the book SonetATO and SonetIMAGEM for autographs and co-author of two books published in three languages ​​and 160 países através de concurso promovido pela Unesco. Acumula no currículo vitórias nos concursos literários Jovem Embaixador e Poesia Agora 2019. In addition to poetry, Eduardo writes in prose and is adept at horror tales, having participated in the anthology "The site of the Dark Side", Editorial by Lura, where the world of Monteiro Lobato characters come to a touch more gloomy. It was also sworn (in the chronic category) literary contest Journal of Poetry 2019.

Multidisciplinary artist, It is also a photographer with several works, director of photography (assays and abstractions), composer, singer and writer for theater. Occupies the chair 170 the International Academy of Letters, Arts and Science.

Previous: Portuguese films will be shown for free at the Cinematheque
Next: sales are open from season tickets of The Sweetest World Museum in Rio de Janeiro