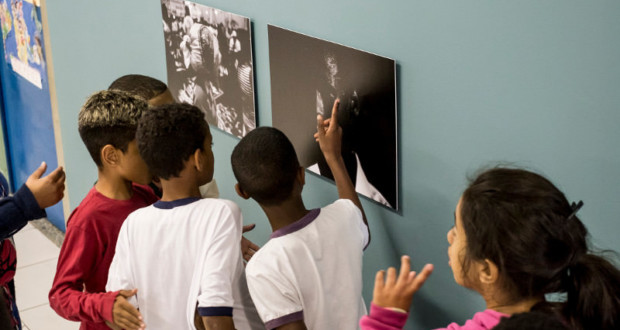 To bring the art of the everyday life of young people from the periphery of the Vila Maria and show that sensory experience and aesthetics can also occur outside the conceptual galleries, the project Paths of Art, designed by Aymberê artistic productions, performs in Vila Maria Park, neighborhood of the northern zone of São Paulo, several activities related to the universe of photography.

Since the beginning of August, the project brings together a series of activities about photography for the elementary school REFER General Paulo Carneiro Tan Alves. Of multiple curation, formed by the guest artist, Daniel Kfouri, the cultural producer Patricia Souza Ceschi, the art-educator Patricia Marchesoni and photographers André Spinola and Ricardo Rios, Paths of Art aims to promote the empowerment of young people in the community so that, based on the concepts learned, to carry out their individual artistic productions. "The idea is that these young people, from the project, exercising a new look at themselves and living, with more autonomy and creativity ", explains the Director of production of Aymberê artistic productions, Patricia Souza.

The first action was the photographic exhibition Daniel Kfouri – Paths of Art :: Photography, a show with 20 images present in the walls of the school day 30 September, prepared exclusively for assessing students and that has as its theme the sport and life. 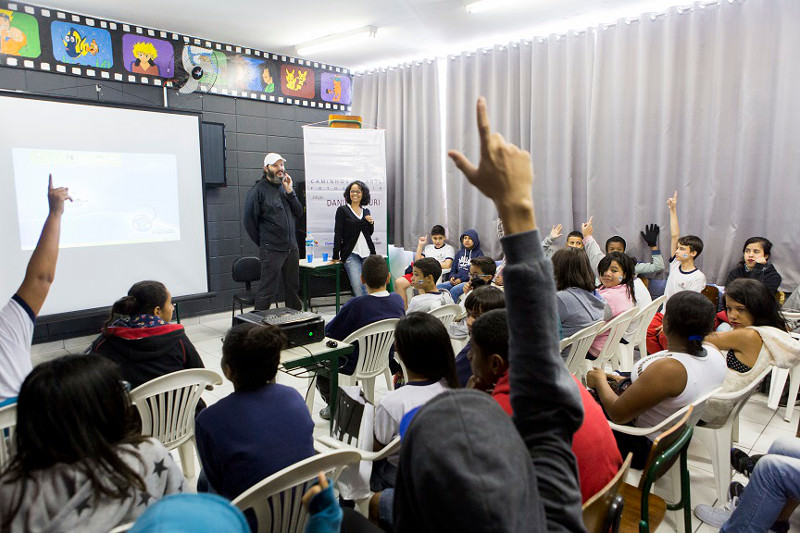 The opening of the show was a surprise: "The exhibition caused a great impact, It was the first time that many of the students were having contact with photography as Art. Thus, the possibility of the course became an attractive, especially for those who, somehow, assimilated best artistic proposal ", account of the teacher of history and geography, Felipe Yanez, who teaches in REFER Paulo Carneiro since 2012.

This initial contact was also an invitation to the course of introduction to photography in space of Viação Cometa, taught by professors André Spinola and Ricardo Rios, with 25 registration and had their classes started in 30 August. With classes twice a week, until November, at the end of the course students will present a group exhibition, along with the works of the photographer Daniel Kfouri, scheduled to go on display in January 2017, in public cultural center set.

Another complementary activity is training teachers on reading images and educational action, directed by Patricia Marchesoni educator that, in theoretical approach, understand the history of photography, Art History, Composition studies, Photographer's ethics and reflections on the content covered by awareness-raising actions of the project. As part of these actions, Patricia will guide students in the ninth grade in visits to the exhibition spaces of the Image, in September, and MIS, in October.

According to professor Yanez, actions such as those of the project Paths of Art can contribute to culturally enrich students, In addition to developing teamwork. "Participating in this action arouses in our students the possibility of other perspectives before the world. Provides also the involvement in a kind of collective activity, since, the way it is developed the course, Although it seems an art “individual”, the photograph is worked interactively ".

In addition, He believes that this is an opportunity to broaden the perspectives of these young people in relation to education and future. "Those who have the privilege of participating in this project are treated to an excellent learning tool for the present and for the future", Adds.

ABOUT THE AYMBERÊ ARTISTIC PRODUCTIONS

Degree in Public Relations from USP SP, graduate in business administration for the third sector and Cultural Management, Patricia Souza Ceschi works with cultural production for more than 15 years. In 2010, along with the artist Breno Menezes, founded the Aymberê Produções Artísticas Ltda, where next for dedicated to the production and creation of national and international artwork in various languages. More information on www.aymbere.com.br

The Paths of art design:: Photography – Daniel Kfouri Edition has the achievement of: