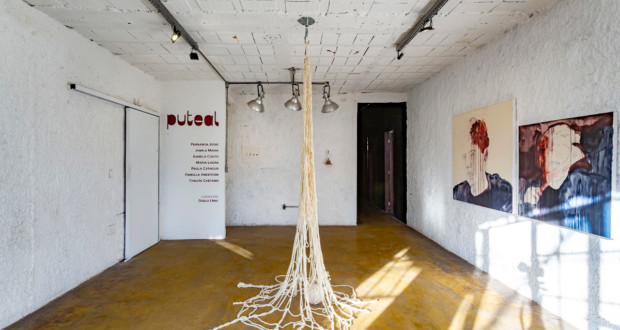 With the promotion of Department of Culture and Creative Economy of the DF, organized civil society launches the second stage of the

Collaborative initiative project brings together collectives, cultural actions and spaces in a support network with information flows, activities and knowledge

The project cultural territories consists of strengthening links between territories mapped by the project in the year of 2020 and that in 2021 intends to enable and give visibility to the actions promoted.

They are part of the network established by the initiative 14 spaces, collectives, projects and cultural agents from different areas, already existing, with presence in eight Administrative Regions being them Ceilândia, Maned, paranoah, Planaltina, Pilot plane, bracken, São Sebastião and Taguatinga.

as common point, prevail among them the sociocultural performance, the defense of the right to culture and the promotion of citizenship. The direct contribution of resources will generate, approximately, 70 direct temporary jobs and about 230 indirect.

Strengthening the links between these communities opens the way for reflection on an inversion of the order of access to public policies. And more, build debates about bottom-up movement, where individuals – in society – outline and put into practice sociocultural actions in defense of human and collective rights.

The driving valves of these encounters [between territories] originate from local art and culture., allied to the historical context. And they design a living ecosystem, more collaborative and cross-cutting.

Extensive programming with a diversity of artistic and training languages, the project guarantees democratic access for the population, since all proposed activities will be free. Punctually, specific mappings will be carried out to generate cultural indicators with a view to promoting agendas related to diversity and respect for human rights.

All activities will feature tools to promote accessibility for people with disabilities, as a translation in Libras, texts accessible to reading by reading software for blind people, mention of the hashtag #PraCegoVer and subtitling of produced videos.

Due to the Covid-19 pandemic, A significant part of the training activities and presentations will be carried out on the YouTube virtual platforms, Facebook, Zoom Meet Clouds, Google Meet e Instagram.

Altogether, the Cultural Territories Stage 2 will promote 135 actions comprising more than 584 hours. long lasting, the project will continue in activity until 25 February 2022. Full schedule and more information at mapati.org.br/noticias . Follow the project on Instagram at @ territories.cultural.

cultural territories – Stage 2 is an achievement of Mapati Artistic Association, also project manager, with support from Macondo Institute and counts on the support of State Secretariat of Culture and Creative Economy of the Federal District under the term MROSC No. 14/2021 and process No 00150-00001134/2021-58.

the pillar visual arts, performative, critical thinking off axis, so is the pillar, an art gallery, a multilingual space, one coffee, a creative arts school, a collective. Everything and a little more in Guará and Gama.

– Realization of live project launch, production of 4 podcasts during the project, 1 course in artistic professions of medium duration and 4 curatorship lectures, aesthetics and art education and live of closing of activities.

– Realization of live project launch, research production that, with duration of 80 hours, will aim to map cultural facilities in the Planaltina region, sure that the tabulation of this research will generate a product, which is a digital publication with wide distribution, to be presented for the first time in the live of research exposure and closing of actions.

Afrocommunities – Asè Dudu There are 33 years, the Asè Dudu group develops important work in the Ceilândia community, highlighting the different nuances that make up black culture and demystifying and bringing its roots to the fore..

CapTal Graphite it's a young collective, creative and daring of the RA of Ceilândia that carries art in its veins and aerosols. She expresses her vision of the world on cotton canvases and walls through the technique of Graffiti.

House Akotirene is an urban quilombo located in Ceilândia and develops various cultural and social actions.

Purple House - Venus Boots Lesbian Feminist Association of Brasília – venus boot – is a non-governmental organization, nonprofit, for the defense and promotion of human rights with a focus on issues of sexual orientation, gender and race/ethnicity.

– Realization of live launching of the shares of the Casa Roxa territory – Coturno de Venus, research production, with duration of 80 work hours, which will result in the DF LGBT Culture Census: mapping of cultural entities and agents, to be shown for the first time in live presentation of research and closing of actions.

Black Collective located in the territory of Fern, seeks to revive ancestral memories of resistance and the experiences of personal militancy acquired in our environment [community, artistic, cultural, academic], using Afroaffect and self-care as strategies to individually and collectively strengthen black girls and women in all their diversity, encouraging them to fight racism, lesbophobia, or machismo, the violence and various oppressions that affect their lives, making it possible to reframe and create new paths.

Collective of the Dam to Here is a group formed by the union of several collectives that work in Paranoá, Itapoã and Paranoá Park, independently, promoting art, culture and accessible leisure, both geographically and economically, for local communities.

– Realization of live of release of the shares of the DBPC Collective – From the dam to here, 1 minidocumentary editing, 1 Workshop, 1 release of mini-documentary with closing of actions.

Free Collective School of Cultural Occupation Mercado Sul Vive works in Taguatinga in valuing popular knowledge, stimulating the exchange of knowledge and horizontalizing knowledge. It aims to equip people and collectives, potentialize jobs and production of local income. to tell your stories, cherish memory, strengthen the community as a cultural territory and expand articulation with local movements.

Collective Poetry in the Quebradas born in 2015 in the ravines of Planaltina DF, is dedicated to the projection and strengthening of hip-hop, focusing on peripheral literature through an important movement to value this language and culture of the peripheries through: Graffiti, DJ, MC, poetry, breaking dance and knowledge. The educational project aims to strengthen the culture of peace that needs to be conquered in society. The action focuses on collective action, pointing out possibilities for intervention on the part of everyone who is willing and available to build art in a context of human plurality. The aim is to develop cultural activities to promote inclusion spaces in the city of Planaltina through the construction of contexts that value the diversity of action and expression of different groups, with a view to deepening the interaction between the artistic community and the local community.

– Realization of live project launch, 5 formations, urban interventions that will graffiti 15 walls of schools in Planaltina and 1 poetry soiree with closing activities.

Collective Poesianoá it is a slam executed by Coletivo Noá, through the correlation of the noiz-for-noiz collective. The event was born in 2019, in Paranoá, through occupations of public spaces and community support. Counting on 8 editions, the objective of the event is to create spaces with music, poetry, affection and respect, fighting macho attitudes, LGBTphobics and racists within the community, which also lacks infrastructure for cultural spaces.

– Realization of live project launch, 1 live Slam Launcher (rules), 1 artisan book production workshop, 1 live of result jury of the Slam and 1 live of the Slam with termination of activities in the territory.

Sebastian is an art-education collective formed by women cultural workers in São Sebastião. Also co-founders of Casa Frida, house of culture and shelter for women in situations of violence (2014-2019), Sebastianas today extends its service target, consolidating itself as a collaborative and plural space, free thought, production and creates a repertoire of struggle and cultural resistance within São Sebastião that dialogues with local youth and their families. They are structural axes: race, gender and territory.

Paranoá Cultural Territory the project comes to substantiate the cultural territory of Paranoá, physical and subjective where Mestra Martinha do Coco anchors her sociocultural activities for her community.

– Realization of 1 live of the launch of the shares of Tranzine-se, realization of 6 courses (separated into modules) of fanzines for trans people and 1 live closing with the balance of actions developed.

Mapati Artistic Association – AAMA, nonprofit, was incorporated in 1998 to support and develop research and artistic practice, cultural and educational. Incentives are given through courses, trainings, as well as book editing, magazines and audiovisuals. Artistic and cultural products and services that can be performed in partnership with national or foreign companies and societies. AAMA is based on the creation of means to promote citizenship and defend the rights of all. In the statutory design of the entity, this is achieved through affirmative practices of a social nature, educational, cultural and sporting. Open doors to diversity, its headquarters stands out for being an inclusive and democratic territory. Race Discriminatory Postures, sexual orientation, party political options, religious ideologies and beliefs are deconstructed. With this, new perspectives are opened for the formation of an empathetic and kind society. Multidisciplinary, AAMA creates, develops and executes copyright and exclusive projects and programs, in addition to managing projects that have the character of networks. With regard to transparency, all accounting data, collected and archived follow the Brazilian Accounting Standards. At the end of each fiscal year, the entity's financial statements are available for consultation by any citizen. Audits, including by external and independent entities (if that's the case), of the application of any resources object of partnership terms are provided for in normative. The accountability of all resources and goods of public origin received is made as determined in the sole paragraph of art.. 70 of the Federal Constitution and complementary legislation. In this project, is partnership manager.

– Realization of 1 live of launching the global actions of the Territories project, management of all project actions vis-à-vis other territories, 1 holding a development terms workshop based on the MROSC and 1 live closing with the balance of all actions undertaken in the project.