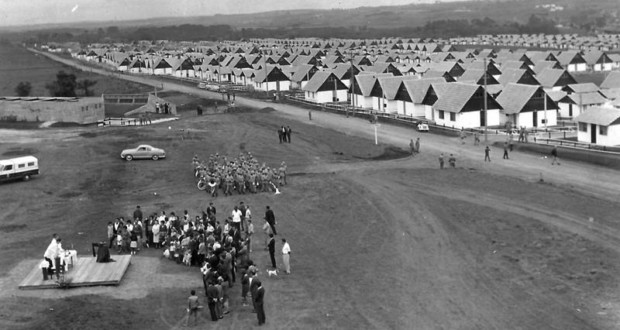 To promote the recognition and appreciation of the cultural heritage of the village Our Lady of Light, since the beginning of the year, the project “Our Vila” He held a series of activities with the community of Curitiba neighborhood. Through photography workshops, research practices, documentary survey, ethnographic looks and model, the locals were able to contribute to the construction and reconstruction of the history of the first experience of Cohab (Popular Housing Company) no country.

The result of this participatory research will be known on Friday (20), from 14h to 17h, with the completion of an intervention and shows the IGC Terminal. On Saturday, Lawrence Cezar da Silva talk to the community about the Museum of the Tide, in Rio de Janeiro. Recognized and awarded, space founded in 2006 It emerged from the narratives of the residents of Complexo da Maré.

Made possible by the Municipal Fund of Culture, The Our Village project was carried out by cultural producer Fuá Productions. More details about the project www.projetonossavila.wordpress.com

Historical
The setting of this project is the Village Our Lady of Light, Curitiba City neighborhood famously known for being the first experience of COHAB (Popular Housing Company) no country. Inaugurated in 13 th November of 1966, by President of the Republic, Humberto Alencar Castello Branco, in the military regime. A Vila, as it is affectionately called by city dwellers, bears the marks of urban expansion Curitiba and certain views of the city and access to it.

The Vila dos Pinhais Our Lady of Light has justified its importance in the history of the city of Curitiba to be the first Hall of the project for the construction of affordable housing, planned, created and legitimized in a city that wanted to hide his impoverished population, while implanted symbols of grandeur and modernity. After the inauguration, It became the first housing project of Curitiba.

Previous: Ale Abdala, Architecture & Art Spots
Next: “Kandinsky: It all starts at a point” by Rosângela Vig