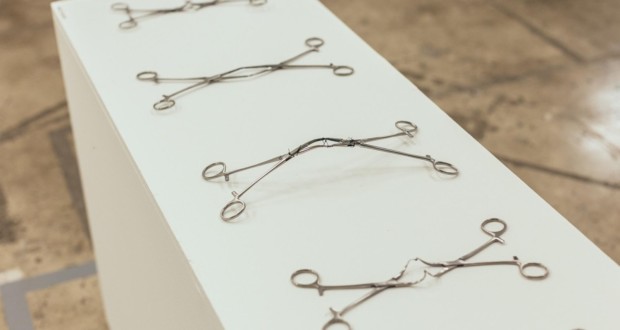 The shows “Mapping Chart Popular”, Fernando Grimaldi, and “Relating nearby”, Collective Magenta, They are on display in the center of SP until August

São Paulo, July 2018 – In July, the Red Bull Station receives two exhibitions of contemporary artists who are adopting an themes, techniques and distinct aesthetic. In the main gallery center of the historic building, Felipe Grimaldi shows the results of some of his research on letters and spelling in popular shows “Mapping Chart Popular”. The designer and teacher found symbols of our culture that is historically related to the professions of lyricist, cartazista and painter and, from these symbols and images, developed their painting reproductions, crossing elements, creating templates and complete alphabets, as well as copyright works based on that knowledge.

Already the transient gallery, upstairs, displays ~Proximidades Relativas~, shows with photos, paintings and sculptures made by artists chosen by the Collective Magenta, a virtual platform in order to bring visibility to new artists women through an experimental curatorial project. Signed by Bruna Braza, Flora Ramos, Julie and Luisa Dias Callegari, the works present different views and the trajectories of each, with their political views and aesthetic and conceptual nearby, always bringing something in common with each other. It is not only a collective expo women, but a show of artists who seek to move structures to create spaces within cultural institutions, not necessarily using the feminine theme that is expected of their work.

Both exhibitions are on display until the day 04/08, with free visitation.

Degree in design, He is responsible for the direction of Atelier Sinlogo, one of the major references in print painting in Brazil. Teaches courses in several SESCs the State of São Paulo as professor, as well as practical workshops in other institutions. His works can be seen on walls, slabs, facades and thousands of cards that are already running around.

It is a virtual platform that seeks to bring new visibility to women artists through an experimental curatorial project. The project was born and has been created from the perception of four women (Gabriela Costa, Georgia Ramos, Larissa Souza, Maria Silva Sousa and Rafaela Browne) who, inserted into the art world, They want to talk about themselves and keep thinking the world as fertile ground for the development of their creations.

Located in a building 1926, in the center of São Paulo, Red Bull Station in the former substation Riachuelo, disabled from 2004 and declared a historic site by Conpresp. Focusing on experimental art projects, music and technology, the five floors of the Red Bull Station have music studio, makerspace, three exhibition spaces, a terrace and a cafeteria. For information on free programming, check the schedule on the site www.redbullstation.com.br