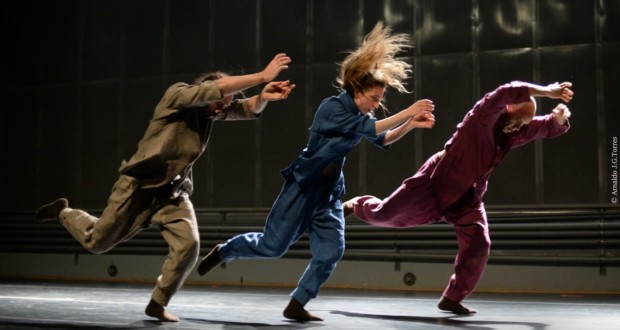 The attachment to the self-image enters into a false imprisonment. The drive emerges and the journey becomes necessary. At the moment of release, draws up the infinite movement come again.

It is a dip in the existential questions that have lifelong. The discoveries made along this journey, often distressing, forces us to break chains and reframe our lives to find harmony.

Revises has as its central focus this journey that leads the search for union ego-soul, the primary union with the universe.

Reexistir, remake, reveal, to resist… The boost self reflective, the individual in relationship with the various forces and facets of his ego.

The show intends to awaken the public to their own existential questions.

Formed as a dancer in EAT Contemporain (Ministry of Culture) Paris, studied classical ballet, contemporary and jazz dance. Has performed in the Rodin Museum and the Paris Bourse. Already in Brazil, in 2015, He founded his own studio and developed the method BalletBuild. The mix ballet technique on the floor with stretching and pilates, developing a toned flexible body. One of its great references is the choreographer Philippe Decouflé, who can study for a few months.

"The idea of ​​total spectacle, the focus on dance, the film elements, dramaturgy and the optical illusion that it works lead me to a state of total presence and artistic immersion. Seeking to put it all in my work " -Marina.