Home / Art / Portraits of the Ataíde and Aleijadinho by Elias Layon

Portraits of the Ataíde and Aleijadinho by Elias Layon 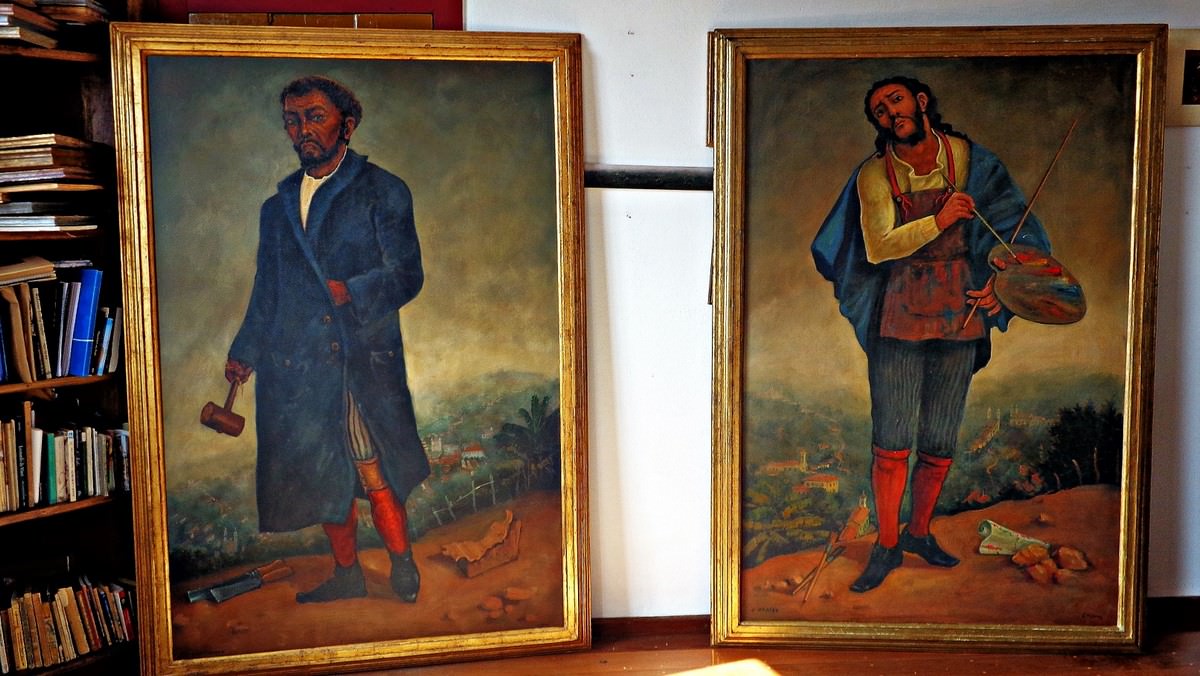 Paintings of the Cripple and Manoel da Costa Ataíde by Elias Layon.

Manoel da Costa Ataíde, the greatest painter of the Brazilian Baroque, born and buried in Mariana, son of Portuguese, until the due time had no portrait of her figure. To create this picture I took as reference a painting of Saint Luke, Protector of painters, on the Church Bom Jesus do Serro and the figure of King David of the lining of the Church Saint Francis of Assisi in Ouro Preto. Both figures are very similar to each other and took me to assume they are portraits of Ataíde. The San Lucas of the Saw was painted by a follower of Ataíde who certainly wanted to do a tribute to the master by putting the image of the Holy figure of the artist. Already King David of the lining of the San Francisco church of Ouro Preto was painted by own Ataíde and many historians assume is his self-portrait. Check below: 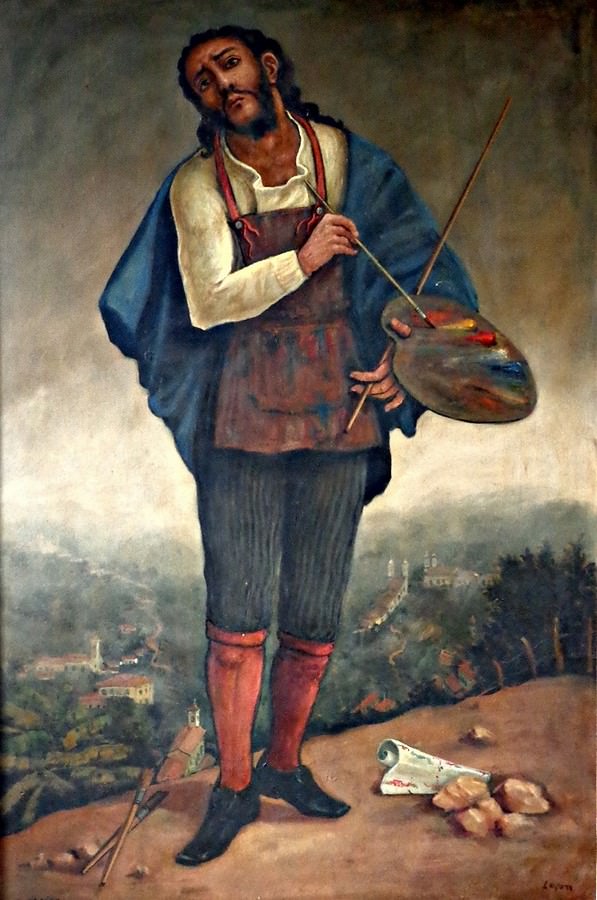 Antônio Francisco Lisboa, Aleijadinho, born in Ouro Preto, It was the biggest Brazilian artist of all time. To paint your portrait, It took me over 15 years researching an image that truly come their physiognomy. This picture has a lot of features that Joana, nora Aleijadinho, Rodrigo José Ferreira historian the Bashir interview in 1858, 44 years after the death of sculptor. It's almost a picture "spoken". This life-sized painting, the artist was represented younger, having Black Gold to the bottom with a view of the Church of San Francisco, his masterpiece, and Antônio Dias matrix where the master was buried. Check below: 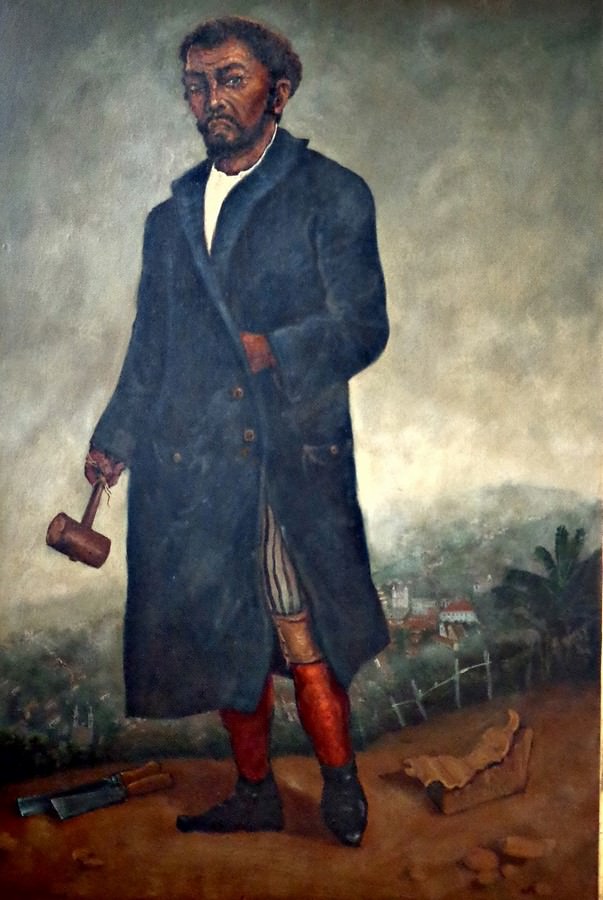 The Cripple by Elias Layon.

The artist Elias Layon with the works: 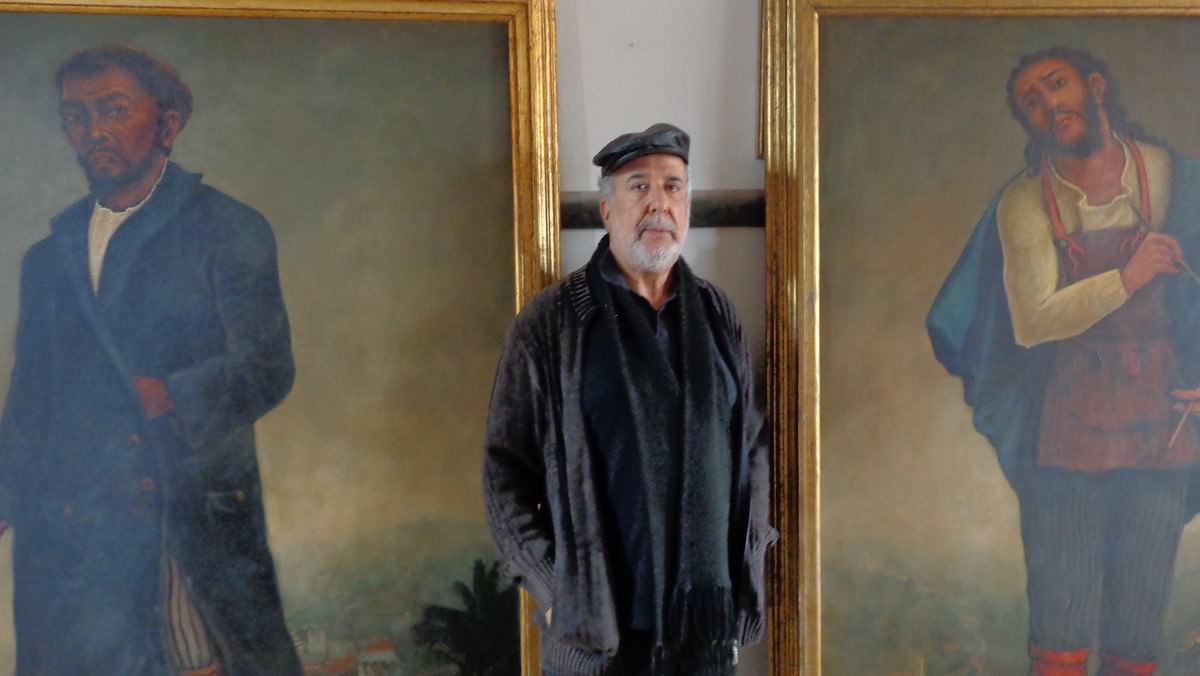