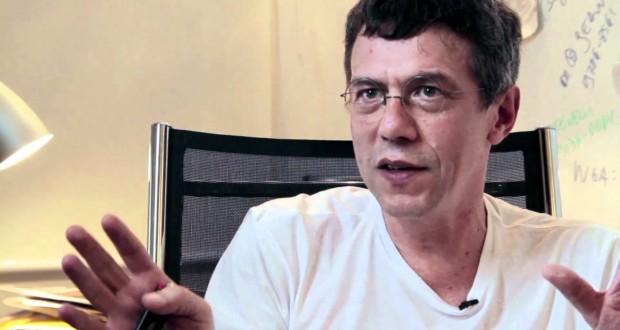 On the day that marks one month of the opening of Cine Tour, the Oscar-nominated screenwriter, Braulio Mantovani opens a series of master classes scheduled for this year in the cultural space. The course will be made on Saturday (27/4), às 10h, and discusses the importance of the script in the success of a film and also open space for discussion among students and screenwriter.

There will be three hours of focused chat to directors, writers, film students and interested with some experience in audiovisual. The course costs $ 50 and they are 60 places in all, being 10 free intended for low-income students in the audiovisual area.

To apply you need to send your full name and the institution studying for the email cinepasseio@gmail.com. The result will be announced on Friday (26/4).

The screenwriter Braulio Mantovani, from “God's city” and “Elite squad”, among various relevant films, It is the first to participate in the courses, But other names are provided for the rest of the year.

"Several issues related to audiovisual, with difficult access content in the city will be guided to the next meetings. important names in the operating area come to contribute to training in a variety of languages ​​", says the curator of the workshops and audiovisual coordinator of the Curitiba Cultural Foundation, Valeria Teixeira.

"We want to show the Cine Drive is a space dedicated to audiovisual in its various forms, from movies, to courses and master classes ", Valeria concludes.

The Oscar-nominated screenwriter with “God's city” He was born in Sao Paulo in 1963. He graduated in language and literature from PUC and made screenplay for postgraduate studies at the Autonomous University of Madrid, in Spain.

In the 90 was assistant Polish master Zbigniew Rybczynski, in New York. In addition to writing “God's city” (which earned him several awards, among them the “best adapted screenplay” the Great Brazilian Cinema Award 2003), also collaborated on the scripts of several important films, as Elite Squad, The Year My Parents Went on Vacation, Last stop – 174 and Elite Squad 2, among many others.

His latest work is Albatross, opening film of the Cine Tour in March.

Previous: “Social media is a universe of stars seen from Earth where all are equal ", says Fabiano de Abreu
Next: Exhibition Water and texture of Abraham Alcaim – "Protagonists of Art", by Edmundo Cavalcanti