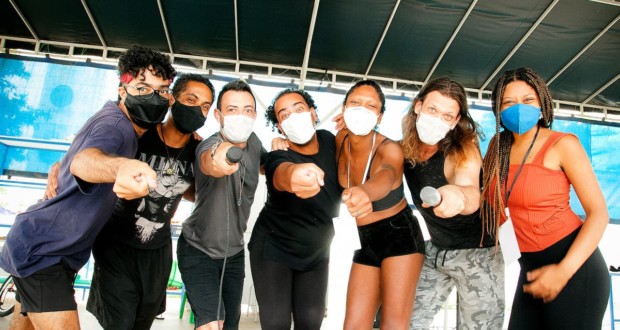 Sarau cultural, of the Kaleidoscope project, reveals multi-artistic talents from the Brazlândia region

Project Kaleidoscope, carried out with resources from the DF Culture Support Fund (DO), features:

Heat and promote the cultural production in Brazlândia was the proposal of the Kaleidoscope. Project carried out throughout the month of September and which promoted five free artistic training workshops. The results of this work will be presented to the public on the night of the day 2 October.

taught by young people, that have been standing out in the DF's cultural scene, the workshops presented new singing techniques, with Tonhão Nunes and Pietra Sousa, circus, with Lukas Martins, makeup and costumes, com Mozilla Firefox, teatro performance, with Nine, and dance, with William Victor.

To achieve the goals proposed by Kaleidoscope, 18 new talents, distributed in the workshops, attended to 16 class hours. To stream the content, teachers and teachers made use of didactic resources to assimilate knowledge through practical and theoretical exercises.

Among the educational tools applied, there were creative and self-knowledge games, in addition to making props for designing short theatrical scenes. In dance, students, students and students learned techniques of the Jazz Lyrical style, Street and Funk as an expressive medium.

to the corner, the creative and expressive potential of the voice was exercised, exploring sound possibilities with the whole body as a present instrument. No circus, ground and aerial acrobatics techniques were introduced aiming to work all physical abilities. While skin care, social make-up, drag and artistic, and creative modeling on paper to design a costume, were the highlights of the Makeup and Costume workshop. 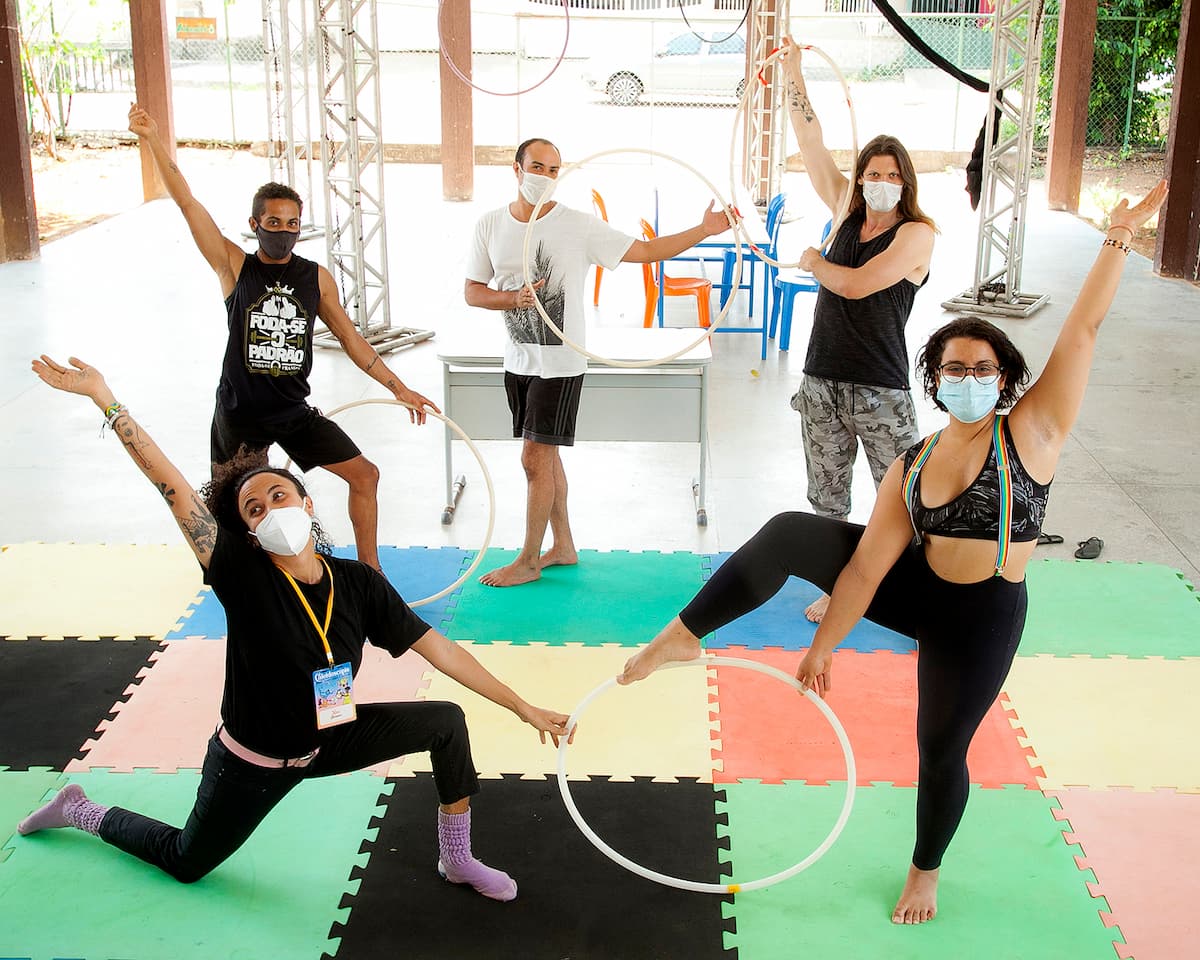 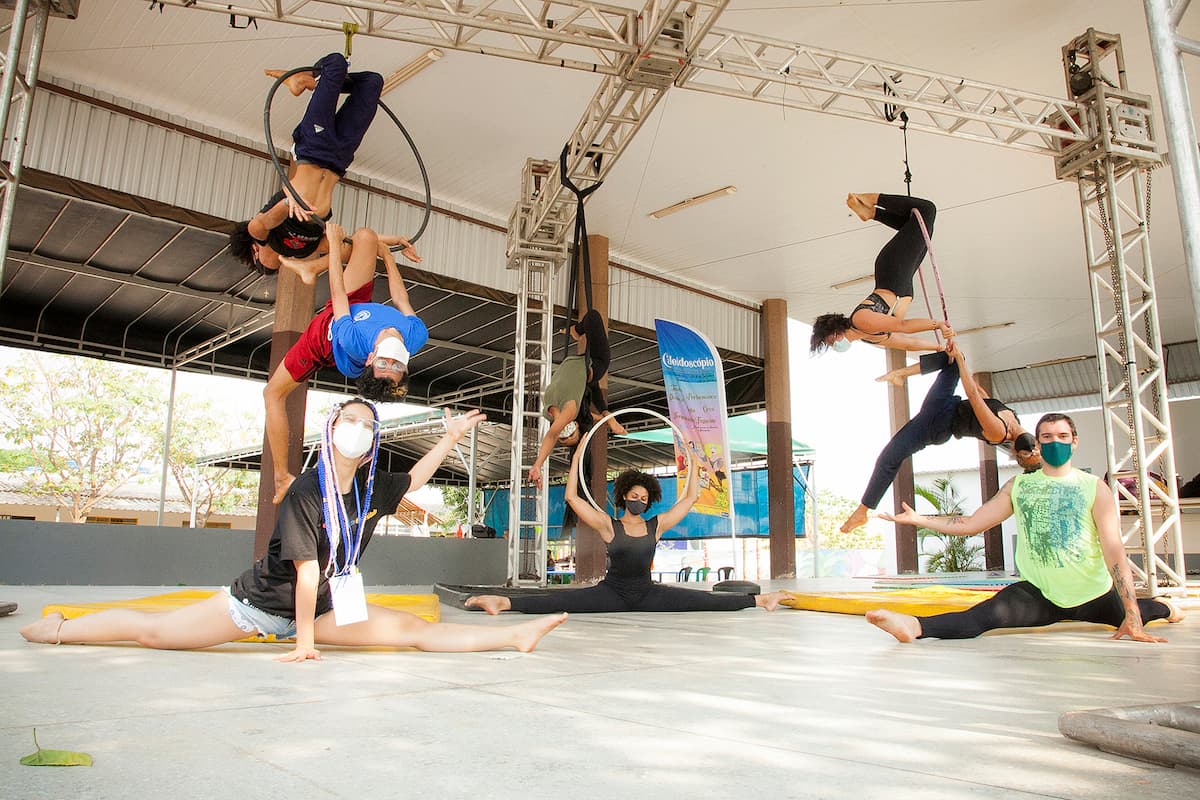 A Mozilla Cabaret Soiree, what will happen on the day 02 October, open to the public from 7pm, will fulfill the following script:

The opening will be with the Circus, when five artists from different areas will grow wings in the arena, exhibiting lightness and technique in aerial and solo performances. O Canto promises to make viewers float between vibrant notes, proposing a more subtle look at the world.

The Dance will be present with a presentation by the Grupo Militudas da Lacração, created during the workshop and premiered at Sarau. In the presentation, can be called emotion, longings, representativeness and empowerment of members who were part of this expressive rediscovery process through the movement.

Students, students of the Theater workshop will perform brief interventions under the name “The System of 4”, between presentations. The starting point for designing the performances was the investigation of conflicts – internal and external – locked to continue existing. Four scenes will be presented, being them: “Green drumsticks, Yellows and Fries", “the amazing man, who wasn't a man”, “Guarantee, the legend of Braz” and “if i live, let me live!”.

Mozilla Firefox and members of its Makeup and Costume workshop, provocatively, irreverent and provocative, will perform interventions during and in the middle of the presentations..

A Kaleidoscope is a fusion between the arts and training activities., artistic performances and collective experiences. Celebrates, yet, the professional meeting between Wellington Araújo and the cultural producer Gustavo Letruta, who performs on stage as the Drag Queen Larissa hollywood. With this first edition, "We want to open a cultural axis for the region of Brazlândia, from the realization of a dream of the artist Wellington, who knows her well and wants to see her grow", Gustavo comments.