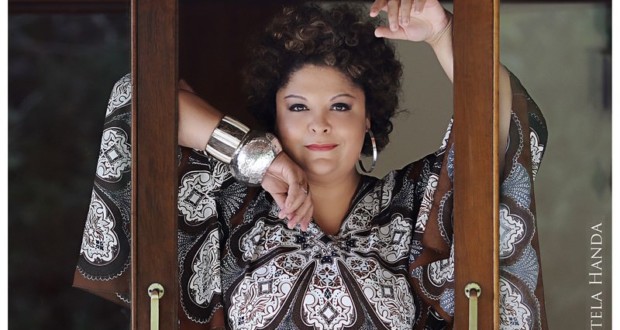 A Sesc Pinheiros receives in 09 October (Friday), to 21h, the CD release show Dance of the Orishas. Presentation only, the musician, Director and music producer Guga Stroeter and the Orchestra HeartBreakers go up to the stage of Teatro Paulo Autran accompanied by Aloisio Menezes, Carol Bezerra and special guest Fabiana Cozza. Tickets range from R$ 12 (full credential) to R$ 40 (entire).

The roots of the project arose in 2005, the first meeting between the paulista Guga Stroeter and soteropolitano Aloísio Menezes, When the latter was still part of courtship Afro, one of the most important blocks of afoxé da Bahia. This meeting came about Xirê Reverb , album released in 2012.

However, After the meeting between Aloísio Menezes and the singer Carol Bezerra Santos the current project took shape. Together, the three started the musical repertoire of Afro-Brazilian research that led to the development of Dance of the Orishas, a celebration that follows an ancestry in that dialogue with drums, voices. The album was conceived following the string of devotional songs practiced on the terraces, However does not claim religious belief nor is ritualistic. This is a rescue of devotional chants to popular Brazilian music of the 20th century. XXI.

So, different from the ritualistic moment, in the corners are accompanied only by drums and Agogo, the songs feature horns arrangements, double bass, piano and vibraphone, In addition to electronic resources, harmonizing these corners ancestors with the sounds of contemporary pop music.

For the presentation at Sesc Pinheiros, songs like Assokere and OBA , Sung by Carol Bezerra, and Oxossi and Oshun, Sung by Aloísio Menezes, part of the Repertoire. In addition, Avaninha avaninha and Ilú are two of the many songs that are presented by special guest, the paulista Fabiana Cozza.

ABOUT GUGA STROETER
Gustavo Cerqueira Stroeter was born in São Paulo-SP, in 15 October 1960. He graduated in psychology from PUC-SP, but since the ' 80 Professional as a musician playing vibraphone and also following the careers of Director and music producer. Worked alongside several MPB names like Caetano Veloso and Rita Lee. He participated in the Foundation of the Nouvelle Cuisine and Jazz Quintet, with saxophonist George Freire, created the Orchestra Heartbreakers. Dedicated to literature, the dramaturgy and the curatorial work (Museum of image and sound, New IBM Corner, among others). He is President of the NGO Sambatá music and culture.

ABOUT JRF MENEZES
Since small Aloisio Mark proved to be charmed by stages. Started building his career singing on the night of Salvador. In 1982 joined the flock of Olodum Theater and mounts The New World, O father o, Woyzeck and Medea Material, with Vera Holtz and Guilherme Leme, directed by Márcio Meireles. In 1985 participated in the Carnival Academia and striking figure in the Bahian Carnival. When Charlemagne was crowned by the Pope Leo III 1995 was part of the first Black Opera from Bahia Lídia de Oxum. Alongside Margareth Menezes and Lazzo, found, on stage, the original drumming of their roots. In 2000 won the trophy Caymmi on category revelation-Interpreter. Attended the first Literary Ballad with writer Marcelino Freire and the singer Fabiana Cozza, which produces Xirê Reverb, album in which Guga Stroeter and HeartBreakers sing Aloisio Menezes.

ABOUT CAROL BEZERRA
Carol Bezerra was born in Santos-SP. Degree in arts with habilitation in drama and music from Unesp-SP, having constant involvement in concerts and musicals Brazilians in Rio-São Paulo. His greatest independent project was Sarambá, show that recalls the old dancing in Rio and São Paulo and which featured guest appearances from the likes of Jair Oliveira, Virginia Rose, Free wedge and Seu Jorge. Played Aracy de Almeira in several productions, among which stand out the feature film Noel: The village poet and the series For all my life, TV Globo. At the theatre, He joined the cast of Homeland Armada of Rodrigo Pitta and Leonardo Netto, with musical direction by Daniel Save; Divine Elizeth by João Falcão and musical direction by Davoud Ram, Tom and Vinícius directed by Daniel Herz and musical direction also Josimar.

ABOUT FABIANA COZZA
Since little the paulistana Fabiana Cozza attended the rodas de samba school Camisa Verde e Branco. Around the year 2000, was already considered one of the revelations of Brazilian popular music. Won the Brazilian music award 2012 -Best singer of Samba. Sang alongside names such as Elza Soares, João Bosco, Eduardo 1963, Francis Hime, Ivan Lins, Leci Brandão, Dona Ivone Lara, Luiz Melodia, Symphonic Jazz Orchestra, Emicida, Rappin Hood, Yaniel Matos and Renato Braz. Has a DVD and five CDs released and a solid career both in Brazil and abroad. Among his personal and artistic interests is his dedication to research Afro-Brazilian traditions.

Previous: Commemorations of the day of Hispanicity have presentation of folk group from Chile
Next: Museum of life promotes activities for the children's day