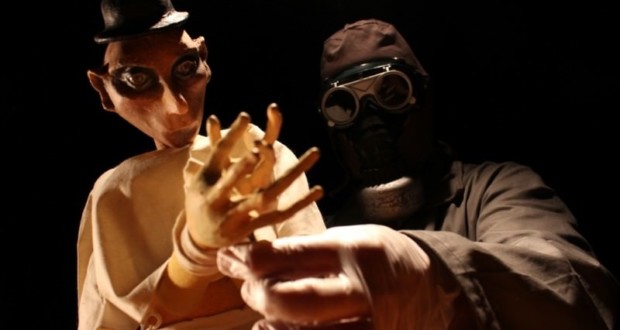 Puppet show for adults is the scenic attraction of February at Sesc Sorocaba. The play Kafka Process is displayed on the day 18, at 8:0 pm, in the theater of the unit. Tickets are available in the call center and the values vary between R $ 8.50 (entire), R$8,50 (half – for students, retirees, servers public schools and people with more than sixty years) and $ 5 for those with full credential.

The play will be staged by the artists Rafael Curci and Neila Gonzaga. Rafael is considered one of the most important names in contemporary puppet theatre language. Uruguay, Rafael lived in Argentina for over three decades, where did you learn the art of manipulating puppets with the masters Javier Villafañe and Ariel Bufano. He was a member of the Group of Tiriteros Del Teatro General San Martin of Buenos Aires, working as an actor-handler during 17 years. Has more than 30 parts and has received awards and nominations in various categories in the most prominent festivals of the world.

The presentation of the day 18, in Sesc Sorocaba, tells the story of Mr. K, a passenger on a trip designed for him, that will have on the way a change of condition, genus and species – a process degrading, programmed to compress all mankind a man inside of a cockroach.

Directed by Rafael, the proposal of the show Process is a dive in Kafka's world of writer Franz Kafka, starting from its most significant works, as "Metamorphosis" and "the process".

Previous: Exhibition “All Over” in the Galerie des Galeries from 24 February
Next: Cultural spaces gain paraciclos