SpARTakos, The Visual Artist from Greece

SpARTakos is a Visual Artist.

SpARTakos, born in 1980, is a self-taught visual artist. He was born and raised in Greece, in the region of Thrace, the land of Spartacus himself, whom he drew his inspiration from to create his artistic name.

The real Spartakos (Latin: Spartacus) (c.109 -71 BC) was a Thracian, enslaved by the Romans, who found himself fighting as a gladiator in the Roman Arenas. He managed to lead a major slave uprising against the Roman Empire. This rebellion, interpreted by some as an example of oppressed people fighting for their freedom against a slave-owning oligarchy, has been an inspiration to many. 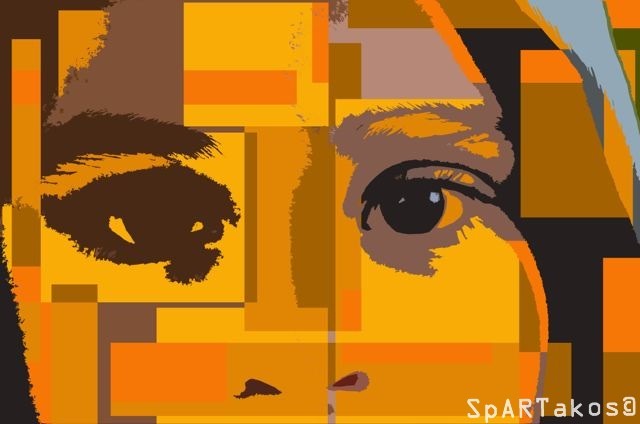 The artistic name of SpARTakos bears the meaning of liberation through art , since art is, in essence revolutionary.

Being a self-taught artist, SpARTakos does not belong to a specific genre or “school”, so to speak, and that is the reason for his experimentation on various materials and means, without limitations. He has experimented with woodwork, painting with acrylics and watercolors, objects, mixed media and photography.

His current artistic interest focuses on photography and photo art. His photo art consists of original pictures taken by SpARTakos himself and then digitally manipulated to achieve the desired result. Many of these pictures are, eventually, transformed into digital paintings. This is a method which offers him infinite possibilities to create artwork which could not be reproduced with natural means. 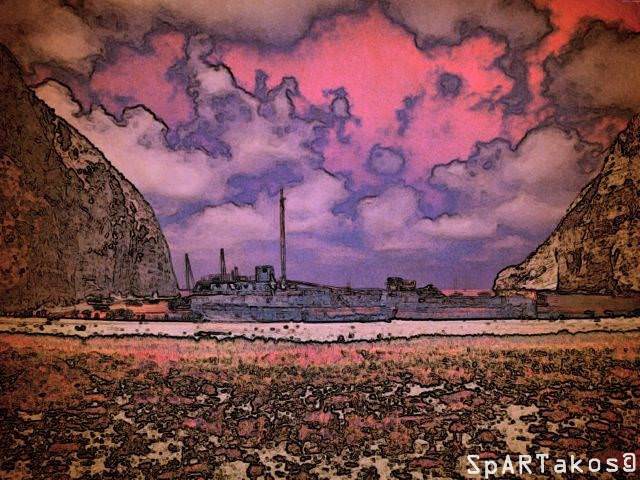 In August 2013, he was urged to make his artwork known to the public. His work was hosted at Πορτοκάλι Πολυχώρος Γεύσεων (Portokali Bar – Restaurant – Cultural Venue) on Zakynthos island in Greece for ten nights.

Following the exhibition, SpARTakos then went on to create a fan page on Facebook, so he could connect to a wider, multi-cultural audience and interact with other artists of the world. This move has broadened his horizons and boosted his connectivity with art lovers globally.

His digital artwork is available in highest quality digital prints. All prints are guaranteed Limited Edition, signed and numbered by SpARTakos himself . Watermarks are for online security purposes only. The original prints will not be watermarked, but will bear the original sign of the artist. 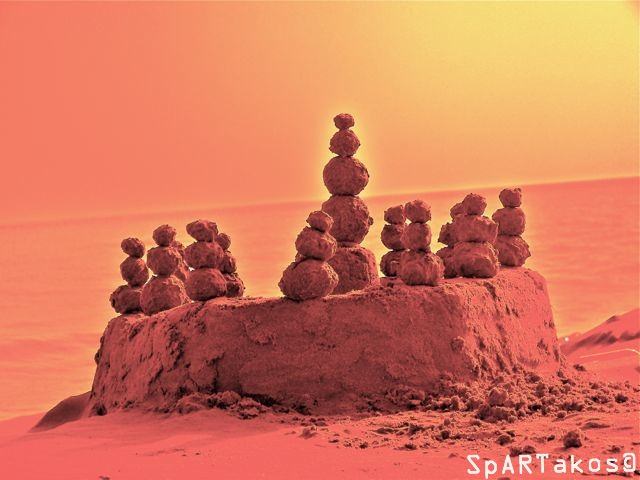 “Anamnisis, 2013″ – Meaning “a memory” in Greek, this is an original picture of a sandcastle made by SpARTakos. 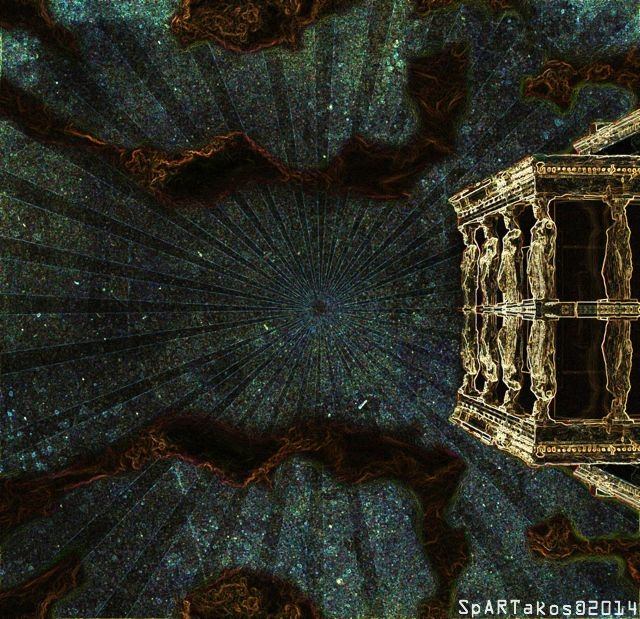 “The Caryatids, 2014″ – Classical Greek Art combined with digital art. The original picture of the Caryatids was shot on site at the Acropolis in Athens and was then digitally manipulated to achieve the desired result. 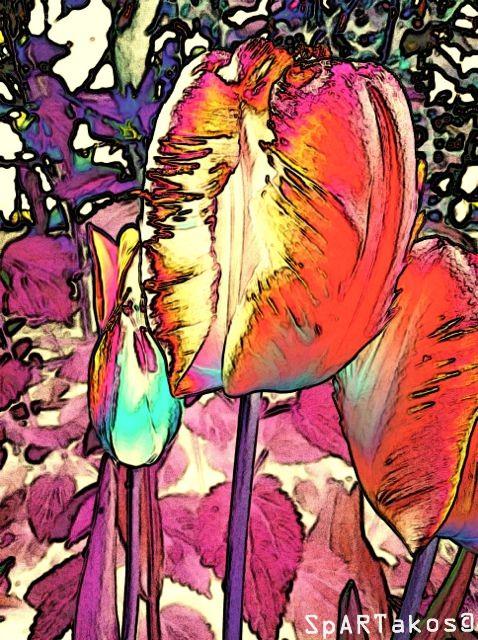 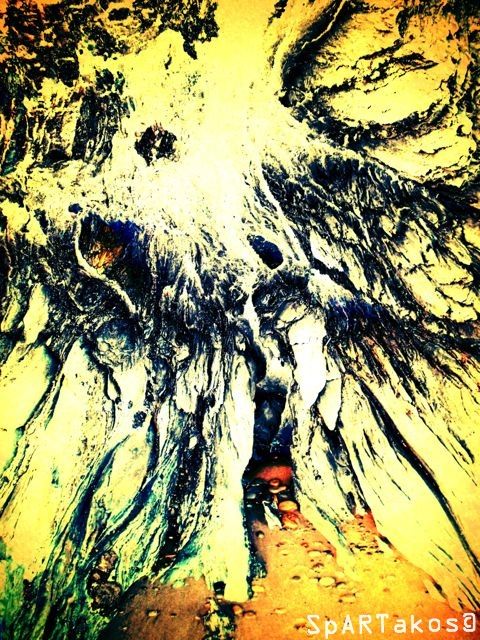 “Hallucination, 2013″ – This picture was originally the one of rocks. Digital manipulation has led to the revealing of different shapes, shadows and forms. A typical digital painting.

“Eyes on You, 2014″ – An original picture of a loved person. Disarming eyes of a child.

“The Other Side, 2013″ – The original photo of this digital painting was shot on the world-famous beach of Navagio (Shipwreck) on Zakynthos island in Greece. There is an actual shipwreck on this desert beach, which is accessible only by boat. The usual shot people take is on board facing the beach. This picture shows the other side, from the inside of the beach facing the sky, hence the title of the work. 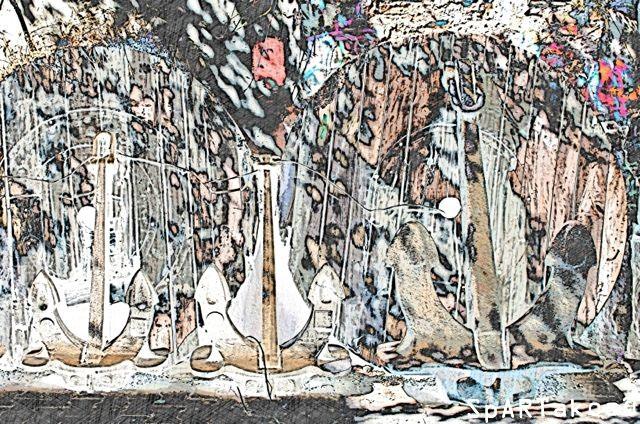 “Anchors, 2013″ – This is a characteristic example of a digital painting. The original photo was shot in Istanbul, in an alley full of boat equipment warehouses. The anchors were on display outside one of these shops. The final image has the look of an actual painting, rather than a photograph. 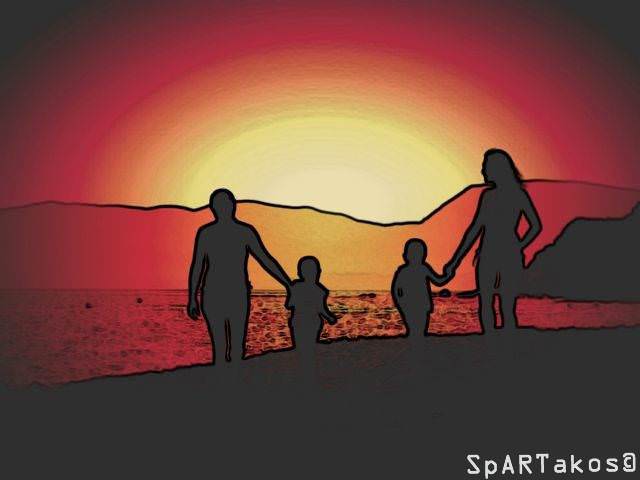 “A Moment, 2012″ – This is a photo of a personal moment, capturing loved people on a peaceful walk along the beach. The final result is a photo art picture which focuses on figures and colors. Simplicity.

The Logo of Artist:

If you are interested in seeing more of his work, You are welcome to visit his fb page or contact by e-mail: