Tarsila and Modern Women in Rio 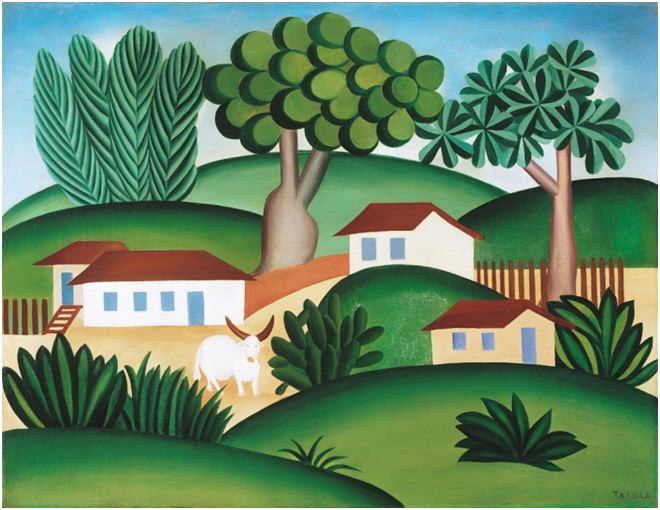 Tarsila and Modern Women in Rio

The Museu de Arte do Rio-MAR presents Tarsila and Modern Women in Rio. Through 200 parts (among paintings, photographs, drawings, engravings, sculptures, facilities, documents, audiovisual material and personal objects), the exhibition explains the manner in which the performance of female figures was instrumental as regards the construction of the carioca and Brazilian companies, between the centuries 19 and 20, in various areas – as Visual Arts, literature, music, theater, dance, medicine, architecture, Sport, religion, politics etc.

"The woman did not contributed to Brazilian art-was the, because only contribution suggests adherence to a process directed by men. She gave to Brazil and aesthetic keys, in Rio de Janeiro, imposed decisive actions ", comments Paulo Herkenhoff, that along with Nataraj thirty Marcelo Campos signs the curator of the exhibition. "It's the first time Tarsila is contextualised to beyond the field of the arts, addressing also the period by which the country was, of struggles for women's rights who assumed his role in society, their bodies and desires ", complete Fields. The Gothic style, the life and work of the artist, represented with 25 paintings and 10 drawings, serves as a starting point for the show which also belong to other greats like Djanira, Maria Martins, Maria Helena Vieira da Silva, Anita Malfatti, Lygia Clark, Zélia Salgado and Lygia Pape.

The route begins with women portrayed by Debret in the 19th century, in illustrations that show the use of muxarabis – wooden trusses concealed the female figure in the hinterland of the home. The evolution of women in society through the right to vote and the recognition of domestic work in Brazil – including the first publication to report on the subject in the years 1950. The Aterro do Flamengo and the female role in the architecture of the modern River are represented by Lota de Macedo Soares and Munlay Moniz Sodré, among others.

The time when women flourish in music, with presentations in night clubs – by then a predominantly male environment –, It is told through the stories and songs of great divas of the radio, as Emilinha Borba and Marlene. The aunts of samba and the mixture between music and religion appear in photos that reveal the feijoadas and encounters in the communities of the city, before they became accessible to the general public in the samba schools. In dance, the first black dancer of the Theatro Municipal, Mercedes Baptista, and other names of classical ballet and contemporary, as Tatiana Leskova and Angel Vianna, also part of the show.

The space dedicated to literature sheds light on other facets of Clarice Lispector-female Chronicles published under the pseudonym Helen Palmer, the work as a painter and pictures of their intimacy registered by son. Rarities such as the manuscript of The fifteen, Rachel de Queiroz, also part of the selection. The show brings together still photos and newspaper clippings to tell the story of women who, Unlike portrayed by Debret, took to the streets to fight for their rights and their families, How to Pay, first arrested the country's policy, and the widow of Adelabu, facing the police in the search for the body of her husband.

Tarsila and Modern Women in Rio will occupy the second floor of the sea between 12 May and 20 September. To mark opening, to 11:0 happens to Gallery Talk with the participation of Marcelo Campos, Nataraj thirty Paulo Herkenhoff.

The museum has the Globe Group as maintainer, the Valley and the BG Brazil as sponsors and the copatrocínio of ITA, Besides the support of the State Government of Rio de Janeiro and the realization of the Ministry of Culture and the Federal Government of Brazil, by Federal Law for Promotion of Culture. The management is left to the Odeon Institute, a private association, nonprofit, whose mission is to promote citizenship and the social and educational development through the realization of cultural projects.