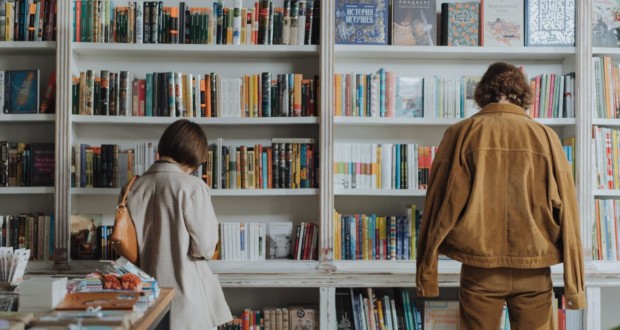 The IRS indicated that a rate of 12% can be applied to all bookseller services, which can worsen the market situation

The day after the Minister of Economy, Paulo Guedes, say it intends to move forward with economic reforms this year, the Federal Revenue Department once again defended the taxation of books under the argument that only the rich read in Brazil. authors, publishers and booksellers have moved the hashtag #defendaolivro para chamar atenção sobre o fato do mercado editorial estar em crise constante desde 2015.

“According to data from the Household Budget Survey of 2019 (POF), families with an income of up to 2 minimum wages do not consume non-textbooks and most of these books are consumed by families with an income above 10 minimum wages. In this sense, given the scarcity of public resources, the taxation of books will allow the money collected to be the target of focused policies ”, states the Federal Revenue in the note posted on the agency's website.

Brazil suffers not only from the crisis in the publishing market, but it also faces major problems with the economy, e para Rafaella Marques, author of "Almost Witch", people are unable to put food on the table, and between eating and reading a book, they obviously opt for the first option.

“There are many people going through situations like this”, affirms author, defendendo que difundir um pensamento a qual somente pessoas ricas consomem livros é bastante perigoso para uma nação que precisa de educação para a transformação. “Rather than reducing taxes to increase knowledge, they want to do just the opposite. Increase taxation to make it even more difficult for the poorest people to access knowledge ”, concludes.

The brasiliense Isabela Zinn, only 18 years, is an example of a young man who recently entered the publishing market with his first book, "The kingdom of the Black Rose". The artist claims that the value of the copies of her work influenced sales, mainly because its target audience is similar to yours, this is the same profile that has been suffering great rejection - often due to lack of experience - by the job market, consequently not getting the purchasing power to venture into literary works.

Telma Brites, Brazilian author who has lived for more than 30 years in Germany, ressalta o mesmo problema que Isabela Zinn sofre com seu público-alvo. “People are complaining about the values ​​of the Gaia Trilogy, mainly young people. Several of them report that they are interested in purchasing the books, but there is no condition. Prices are already influencing purchases, if tax reform is accepted, the situation can get worse”.

According to the report of the IBGE (Brazilian Institute of Geography and Statistics), the unemployment rate among young people 18 to 24 years stayed in 29,8% at the end of 2020, experiencing an increase in 6 percentage points in relation to 2019, and, being the highest annual rate in the historical series, which started in 2012.

The desperation of the publishing market

Carolina Reginatto recentemente estreou no mercado editorial com o livro “Numbers – The Runes of Power ”, venturing into the universe of writing from an early age, the author felt great difficulty in acquiring copies of the titles that she has been interested in reading recently: “With the pandemic, buying books has become even more difficult ”.

Already Leandro chagas, gets ready to launch “Diaspora”, his first book, e também carrega grandes indignações em relação à taxação sobre as obras. “When advocating taxation on books, the IRS argues ‘poor people don’t consume books’. They are right in saying about the difficulty of the poorest population in consuming books ”, ressalta o autor afirmando que neste momento “The government is expected to have a policy of encouraging literature to make books more accessible to groups with lower income in society”.

According to Search Reading Portraits, held between 2015 and 2019, there are Class C readers and among 27 millions of Brazilians who claim to be book consumers, 22% claim that the price of copies is a sensitive point when purchasing them.

A situação não é diferente para quem começou a consolidar carreira no meio literário. Vanessa Guimaraes, author of “Beijo de Borboleta”, is the winner of the Coherence Choice Awards 2020, já teve seu livro nas mãos de grandes figuras brasileiras e mesmo assim acredita que a taxação prejudicará empresas e artistas voltados ao mercado editorial. “Taxation not only harms the less fortunate, how the lime shovel plays in this editorial market so hit by the pandemic. Hundreds of publishers and bookstores have been closed, leading to even more unemployment and instead of encouraging, we are faced with yet another obstacle for them to recover. Not to mention the national authors who are fighting for incentives to take their place in the sun and now need to deal with this issue further. ”

“Not only will publishers and bookstores be at a loss, but the printers. If the rate goes up, matter increases and, with it, the impressions. We will affect publishers and, after that, the bookstores”, scores Ruberlei Luciano, proprietário da gráfica RenovaGraf of São Paulo. The businessman also reiterated that only paper is exempt from taxes and that all other materials for making a book are taxed., tanto os nacionais quanto os importados e dolarizados. “I believe that prices will increase by 30% ”, confirms. If PL is accepted, the government will collect mainly with the Holy Bible and teaching material, occupying more than half of the industry's production.

Chris Sevla, author and speaker, does not believe that the biggest problem of the new tax reform is the book values, But yes, a falta de interesse do governo em propagar a cultura. “The government's argument uses incomplete data, does not help in research, because he cuts their money [researches]”, and further points out that between a physical and a digital book, “EBooks are more competitive”.

Digital books and reading devices are not included in the tax?

The fee of 12% on books not only affects works of fiction, the reform also includes nonfiction books, didactic, non-didactic and among others that encompass the Brazilian publishing market. Digital books, popularly known as eBooks, are not included in the document published by the IRS, and authors find opportunities to spread reading through e-reader platforms, like the Kindle.

Rachel Fernandes, Sweek Stars winning author from Rio Grande do Sul 2018, claims that investing in ebooks was the best way he found to deal with this and highlights his indignation at the threat that the market suffers: "at this moment, digital books are the most affordable alternative to circumvent the government's misdeeds, that attacks culture in every possible and imaginable way. ”

With bookstores undergoing judicial reorganization, bankrupt publishers and drastic increase in the digital book market, tax reform tends to further increase the crisis in the publishing market. The proposal provides for books to be taxed at the standard rate of 12% Contribution of Goods and Services (CBS), ending the exemption that applies today to the Social Integration Program (PIS) and the Contribution to Social Security Financing (COFINS). Currently, the Brazilian Constitution, in your article 150, protects the book market from paying taxes.

Previous: Virtual exhibition ‘Desmanche’ gathers unpublished national works made under different techniques
Next: How to decorate a kitchen while spending little?